Home > News > Cultural News > A Book for Every Summer Trip!

A Book for Every Summer Trip! [fr]

Are you more outdoorsy or do you prefer lazing around in the sand? Whether at sea, in the mountains, abroad, or in your own backyard, summer holidays are never complete without a good book.

Read on below for a selection of books to pair with your travels! 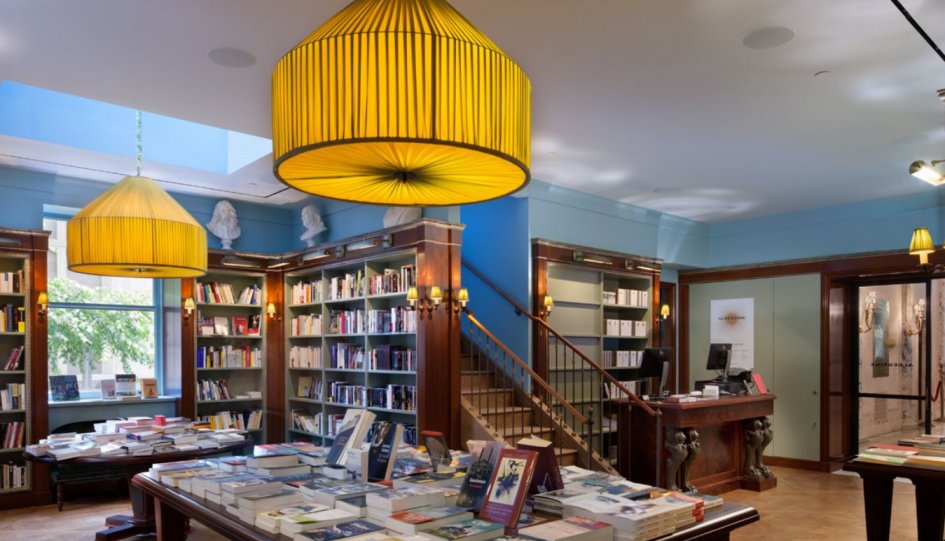 If you’ve chosen to head to the mountains this summer, slip L’Axe du loup by Sylvain Tesson in your suitcase. Sylvain Tesson made the long journey from Siberia to the Bay of Bengal, a trek previously done by those who escaped from the Soviet Gulag. Tesson crossed the Taiga, the Mongolian steppe, the Gobi desert, the Tibetan highlands, the Himalayan range, and the mountain of Daarjeling, all in remembrance of those who fought for freedom. Traveling by foot, horseback, and bicycle, Tesson crossed over six thousand kilometers, and experienced cold, hunger, extreme solitude. But the splendor of high Asia was a worthy reward. Like a former deportee, he concluded, “We have the right to remember”—behold his literary souvenir.

Planning to dive into the deep sea this summer ? We invite you to take Le Grand Marin by Catherine Poulain with you. The novel opens on a woman dreaming of going away. After a long journey, she arrives in Kodiak, Alaska and embarks on a fishing boat that catches black cod, crab and halibut. The protagonist sleeps on the ground, bears permanent moisture, fatigue, fear, and wounds while juggling a scary apprenticeship and her threatening boat-mates. But back on the ground, she shares in the fishermen’s bacchanalian existence. And that’s when she meets the Grand Marin.

Bringing your little one to sleep away camp for the first time this year? Prepare yourself with Meg Wolitzer’s Les Intéressants . The story takes place in 1974 and tells of Julie’s summer at Spirit-in-the-Wood, a camp where she meets a group of five teenagers—Ethan, a gifted animated filmmaker; Goodman, and his sister, Ash, who are young upper-class New Yorkers; Jonah, the son of a famous folk singer and icon of counterculture; and finally, Cathy, who dreams of becoming a dancer. The novel follows their lives for forty years. Ethan marries Ash; Goodman gets in trouble with the Law; and Jonah turns away from music. Julie looks back on her experience for many years before telling her story to all.

What destination could be more romantic than Paris? Paris in August by René Fallet tells the story of Henri Plantin and Patricia Greaves’ relationship. He is a Frenchman of some sort, of whom “nothing is said.” As for “Pat,” she is a “beautiful girl,” a native of London who has just arrived in Paris. Henri and Pat are absolutely not made to meet, yet this is what will happen one evening in August. They have only three weeks to live their beautiful love story.

If, for you, vacation means indulging in a good cut of meat, then sink your teeth into Bifteck by Marin Provost. In Quimper, Brittany, the butcher trade is passed from father to son. During World War I, one such butcher, André, discovers his gift for another carnal activity: seducing women. Consequently, in the aftermath of the war, André discovers that he is the father of seven children, and that is he is being pursued by a jealous husband, who has decided to finish him. Before he is caught, André rounds up his children and escapes on boat…to America!

Why go away when there is still so much to discover in your own home? Voyage autour de ma chambre by Xavier de Maistre tells the story of a young officer, who, after being put under arrest following a duel, travels around his own room, transforming into an ironic explorer of little things, as well as a sweet and modest story teller.

Find more information on the tiltles on Albertine’s website