On the occasion of the Bastille Day Parade, President Emmanuel Macron invited his American counterpart to celebrate the centennial of the United States’ entry in World War I.

On July 13, President Donald Trump started his Paris visit with a private viewing of the Invalides, in company of Emmanuel Macron. Both Presidents were accompanied by their spouses. During their joint visit, the two Heads of State stopped by the graves of Emperor Napoleon I and of Maréchal Foch, one of the most famous French Generals of the First World War. 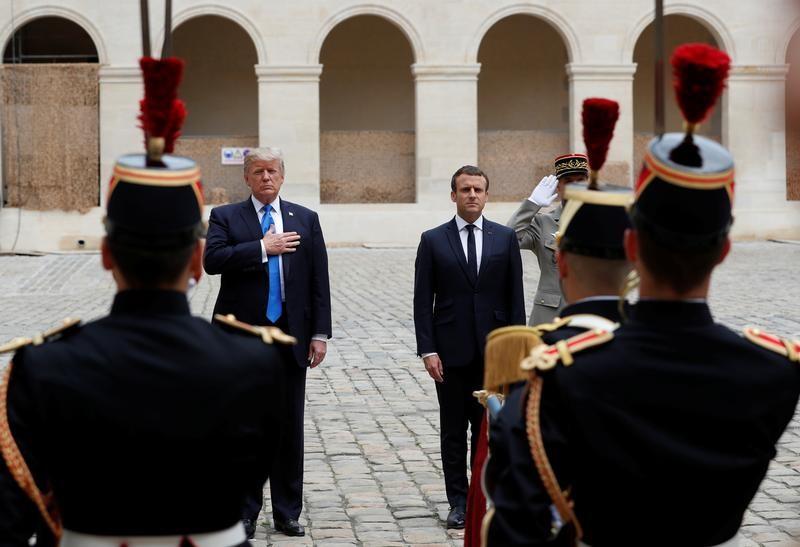 During a joint press conference following a bilateral talk, they discussed operations in the Middle East and in Sub-Saharan Africa, free trade, and the United States’ decision to leave the Paris Agreement. The French President declared that, “on important subjects like trade, our countries’ security, the fight against terrorism, stability in the Near and Middle East, Libya or Sahel, we have a common determination”. 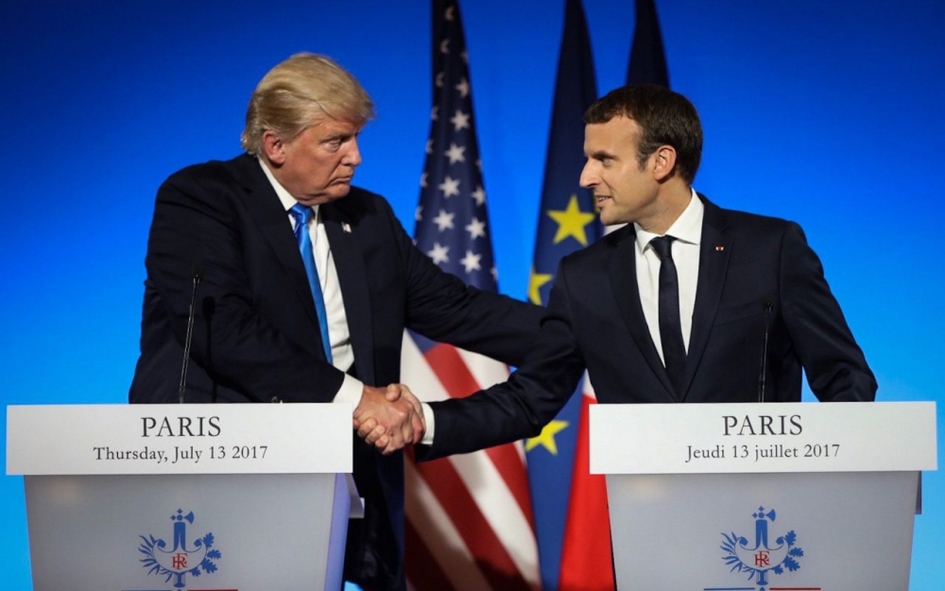 That same evening, both presidential couples dined at the Michelin-starred restaurant Jules Verne, located on the second floor of the Eiffel Tower.

On July 14, President Donald Trump attended the traditional Bastille Day Parade on the Champs Elysées with Emmanuel Macron. Five Sammies , as American First World War Veterans are called, led the Parade, and were followed by an inter-service contingent of some 150 men, among whom were representatives of the First Infantry Division created in 1917 to fight in France. 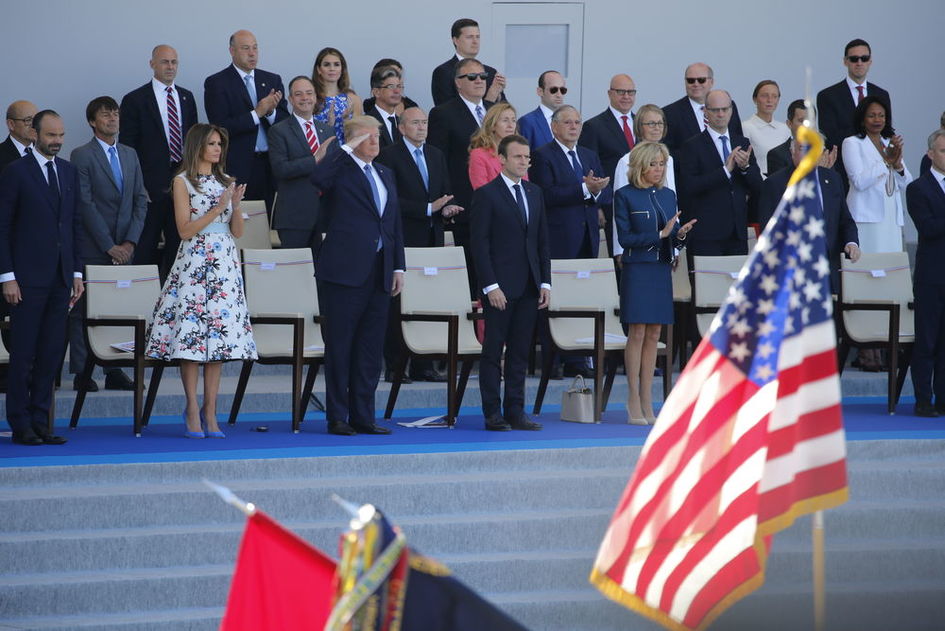 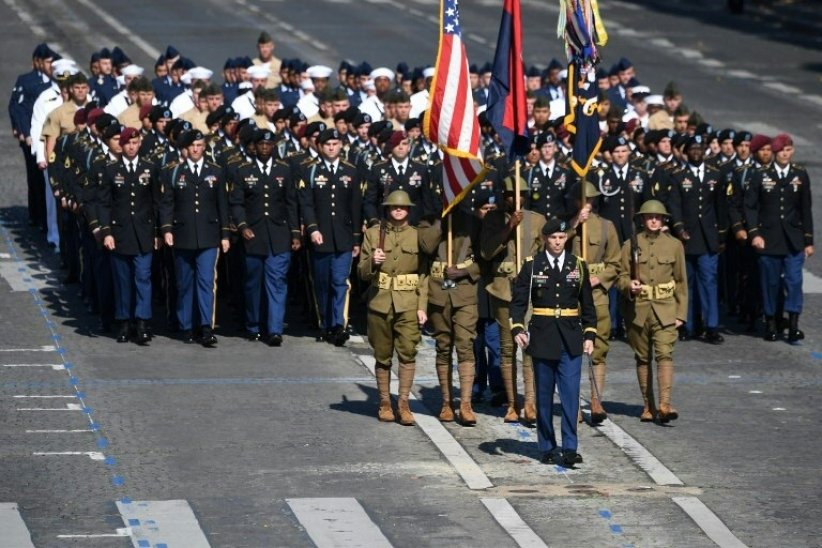 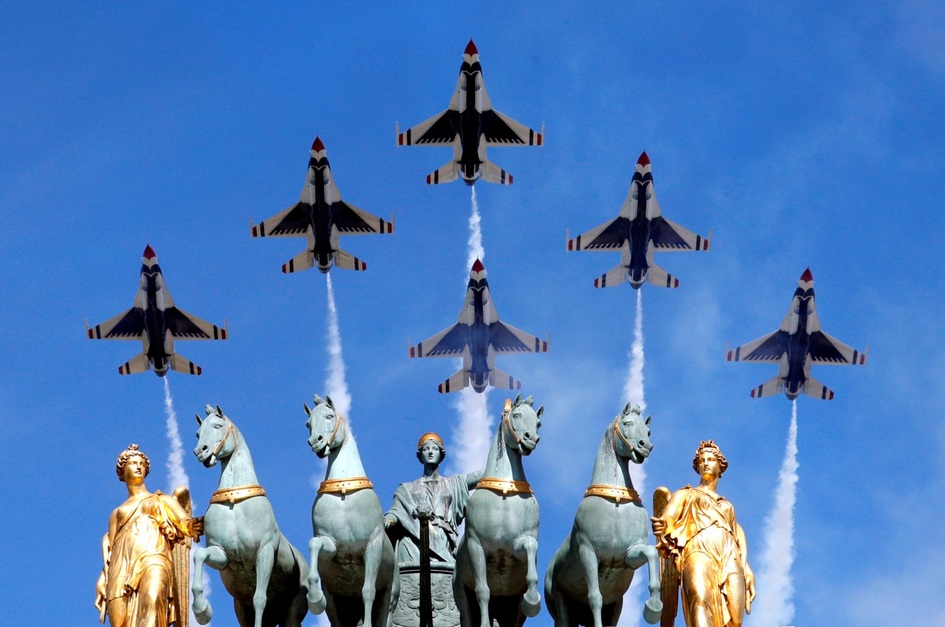 During his declaration following the parade, Emmanuel Macron stressed “that the presence of Donald Trump and his wife today, by [his] side, was the hallmark of an enduring friendship”. The President also paid homage to those “who marched on this day of national celebration, because they are the army of freedom and of rights”.

President Trump appreciated his Paris visit, and declared “Paris is one of the most beautiful cities in the world. Paris will remain beautiful, peaceful, and I do plan on coming back”.