Home > The Consulate General of France > Decorations > A look back to the Consul general’s visit to Connecticut on February (...)

Consul general of France Anne-Claire Legendre was in Connecticut on February 15th. She awarded the Legion of Honor to a WWII veteran, met with Connecticut state officials and promoted France’s commercial relationship with the State of Connecticut.

The ceremony took place in Newington. Mr. Faenza was surrounded by his French-born wife Lucile and his children.

John Faenza, WWII veteran, was awarded the Legion of Honor 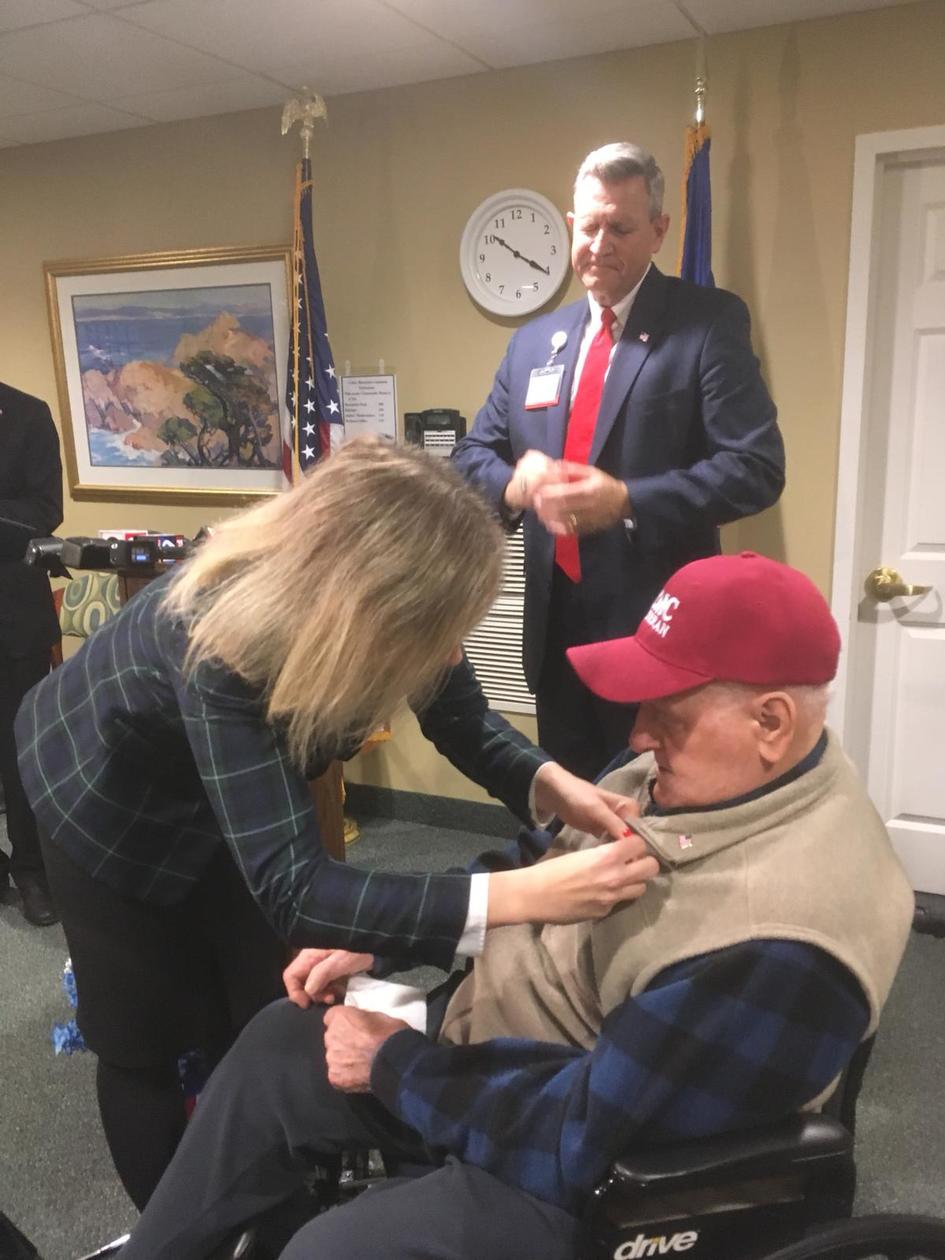 Alongside the Consul general, several state officials were present to honor and celebrate Mr. Faenza’s life : Richard Blumenthal, US Senator for Connecticut ; Matt Lesser, democratic State Senator for the 9th district ; David Michel, democratic Representative for the 146th district ; Thomas Saadi, Commissioner for the Department of Veterans Affairs of Connecticut ; Jim Delancy, State Commander for Connecticut of Veteran of Foreign Wars (VFW) ; Wayne Rioux, Hartford HealthCare’s veteran liaison ; Stephen Clark, Newington’s chief of police. Mr. Faenza was a sergeant in the US Army in 1944 and 1945. He served in a bomber squadron, doing night raids over France and Germany.

The Consul general saluted the role of the US Army in the liberation of France and the restoration of democracy and freedom in 1944-1945. «  It is thanks to the risk that you took that France has a free and democratic society today  », said the Consul general. US Senator Blumenthal declared that « France is a country whose history, liberty and freedoms are joined inextricably to ours  ». Senator Blumenthal saw in Mr. Faenza the embodiment of the « greatest generation  » who came back from the war to build the country.

You can read the speech of the Consul general Anne-Claire Legendre on the attached file below. 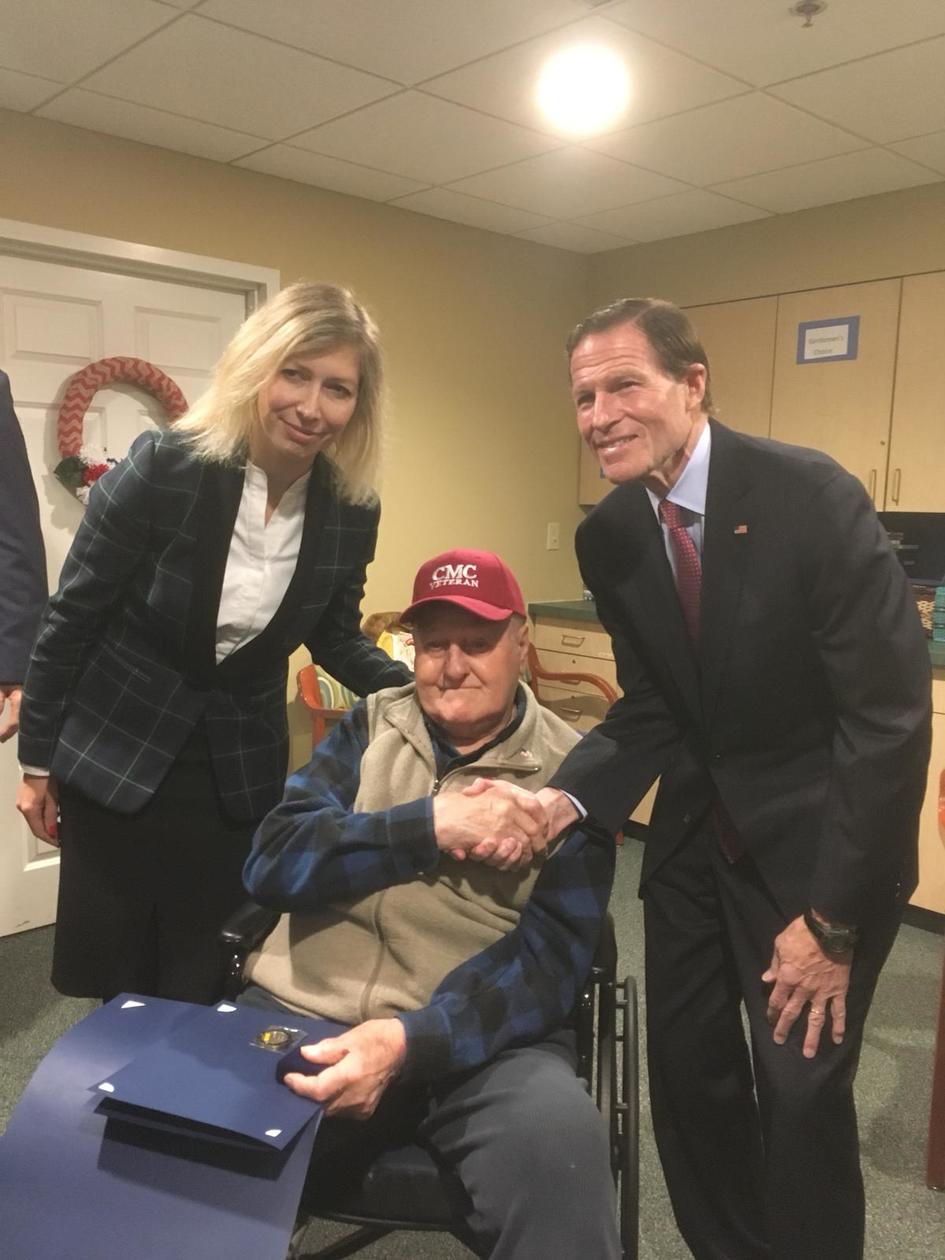 Visit to the Connecticut State Capitol

The Consul general met with Connecticut State officials to talk about the commercial partnership between France and Connecticut, and discuss opportunities for cooperation on business development, aerospace, climate action, renewable energies and gender equality.

While visiting the State Capitol, the Consul general met a class of schoolchildren from Manchester, CT, and told them about her job as a diplomat. 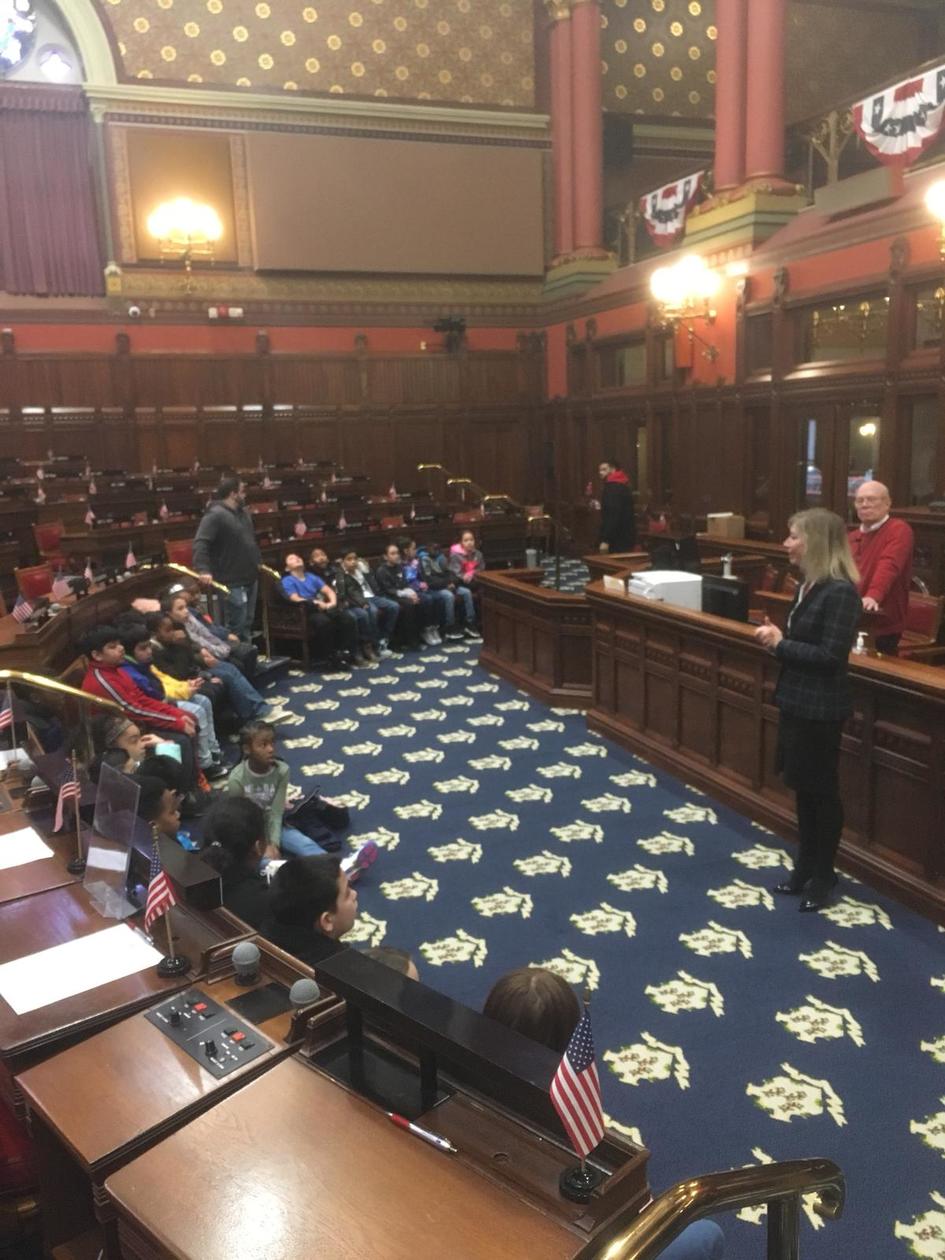 Partnerships between University of Connecticut and France

The Consul general met with Jennifer Terni, Associate Professor et Associate Department Head of the Literatures, Cultures, and Languages Department, to discuss partnerships between UConn and the region of Toulouse.

The Consul general and Salim Saifi of Business France met with United Technologies CEO Greg Hayes to talk about the crucial role of France in UT’s European activities, France’s economic attractiveness, and the state of the ongoing Brexit negotiations.

United Technologies employs more than 15 000 people in France (Paris, Lyon, Toulouse) via its main branches (Otis, Carrier). France represents its first base of operations outside the US.