Ambassador Gérard Araud was in New York for a 2-day visit. His agenda included a meeting with FinTech professionals, a conference at Columbia University and an award ceremony for Mr. Burton Haimes, who received the French Legion of Honor. 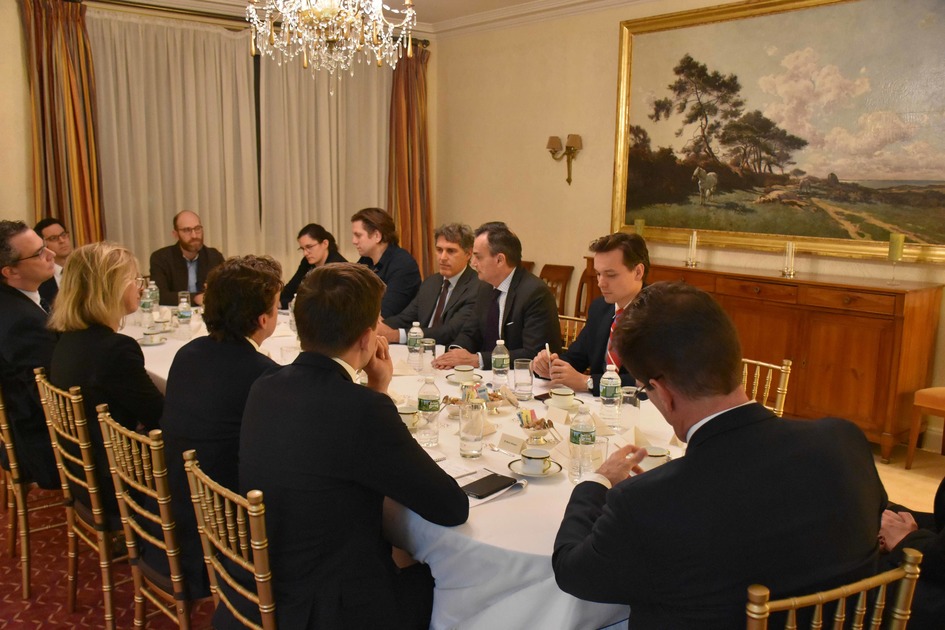 Ambassador Gérard Araud was in New York for a 2-day visit. His agenda included a meeting with FinTech professionals from the New York area, to discuss France’s attractiveness.

This meeting was followed by a conference at Columbia University, where Mr. Araud gave a talk on transatlantic relations. The Ambassador later bestowed the insignia of Chevalier in the Legion of Honor to Mr. Burton Haimes, for his action in favor of the French-American relationship. 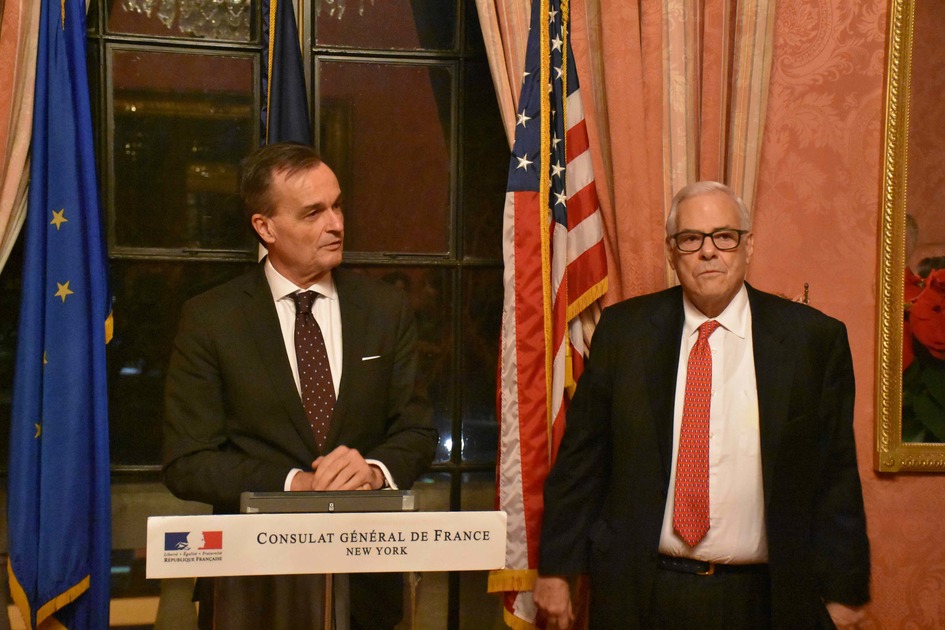 Over the course of his 46-year career, M. Haimes, an ardent Francophile who has become a French citizen, has always worked towards strengthening friendship ties between France and the United States. An influential corporate lawyer, Mr. Haimes has been instrumental in developing the global outreach of major French corporations such as Christian Dior, Hachette, Bureau Veritas, and Lactalis.

A lifelong philanthropist, Burton Haimes has also been a leading member of Action Against Hunger for the past 25 years, and can be credited with opening the U.S. and Canada chapters of the organization, in 1997 and 2006. He also recently helped the Fondation Mérieux with fundraising efforts in the United States, directly contributing to the foundation’s international outreach in favor of medical research.

Mr. Haimes has also been a key figure in the New York area’s French educational landscape, setting the French-American School of New York (FASNY) in Westchester on a secure financial track, and contributing to the acquisition of a new building by the Lycée Français de New York in 2003.

Mr. Haimes has also become the major force behind the remarkable expansion of soccer development programs in the United States, presiding over the American Youth Soccer Organization for 20 years, and serving on the board of the Board of Directors of the United States Soccer Federation for 22 years. He is also one of the co-founders of the FIFA ethics committee, and the international soccer community owes him enormously.

You can find below the Ambassador’s speech. 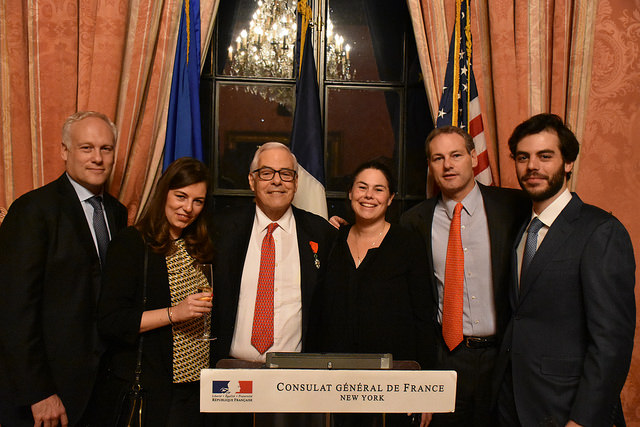