Home > Events > Outside of the Consulate > Attend the "Science, Technology, and the Logics of Preventive War" Lecture (...)

Attend the "Science, Technology, and the Logics of Preventive War" Lecture on September 13th

A new interdisciplinary series featuring scholars from the École Polytechnique and Columbia University will take place alternately in New York City and Paris. The inaugural lecture, discussion, and reception will be held September 13, 2016 in New York with further events throughout the year.

In this lecture and roundtable, the Ecole Polytechnique and Columbia University aim to explore issues concerning science and technology in war. The lecturer for this opening event will be Thomas Lindemann, a professor of political science at École Polytechnique and a visiting scholar at Columbia University. His lecture will investigate the roles played by science and technology in the normative logics of preventive war. 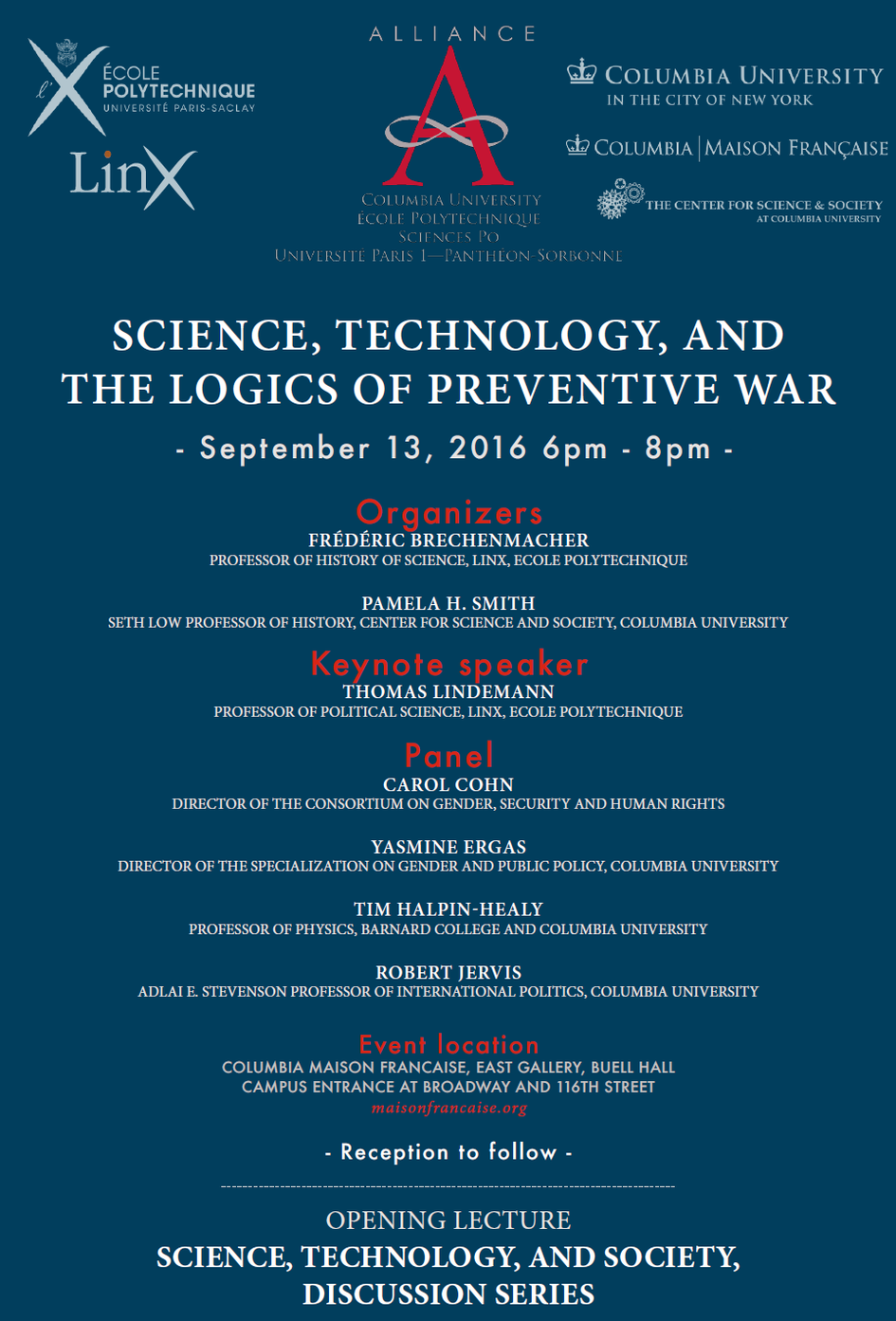