“Bastille Day” is around the corner, and what better way to celebrate in style than at New York’s Official Bastille Day Ball? Organized by the Committee of French Speaking Societies with its 68 French/Francophone associations.

This authentic French event, on Friday July 11th from 6pm till 1am, features dancing to the live French band Floanne, the French DJ Super Jaimie and hors d’œuvres. VIP ticket holders will enjoy a private lounge with a full buffet and an open bar till 10:30PM. 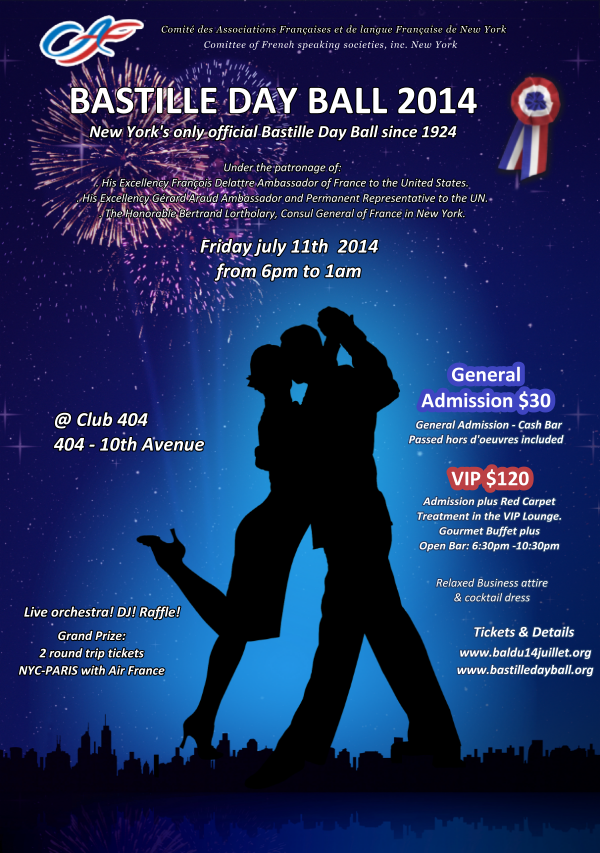