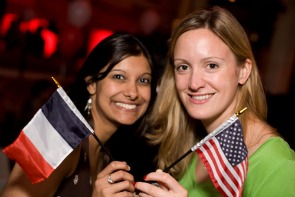 For France National Day, Bastille Days, the Committee of French Speaking Societies of New York throws a ball on the 14th of July for yet another year.

This Ball is " the 87 years-old Committee’s major event, uneder the high patronage of his excellency François Delattre, Ambassador of France to the United States, and the Honorable Philippe Lalliot, Consul General of France in New York".

Come and celebrate, under the flaming blue, white and red of both US and French flags, Bastille Day, at "404", from 7:30pm to 1am.