Le Quatorze juillet 2016, “Bastille Day”, is around the corner, and what better way to celebrate in style than at New York’s Official Bastille Day Ball? This is the major annual event organized by the Committee of French Speaking Societies, Inc.which now in its 94st year, boasts a membership of 69 French/Francophone associations and an all-volunteer Board. 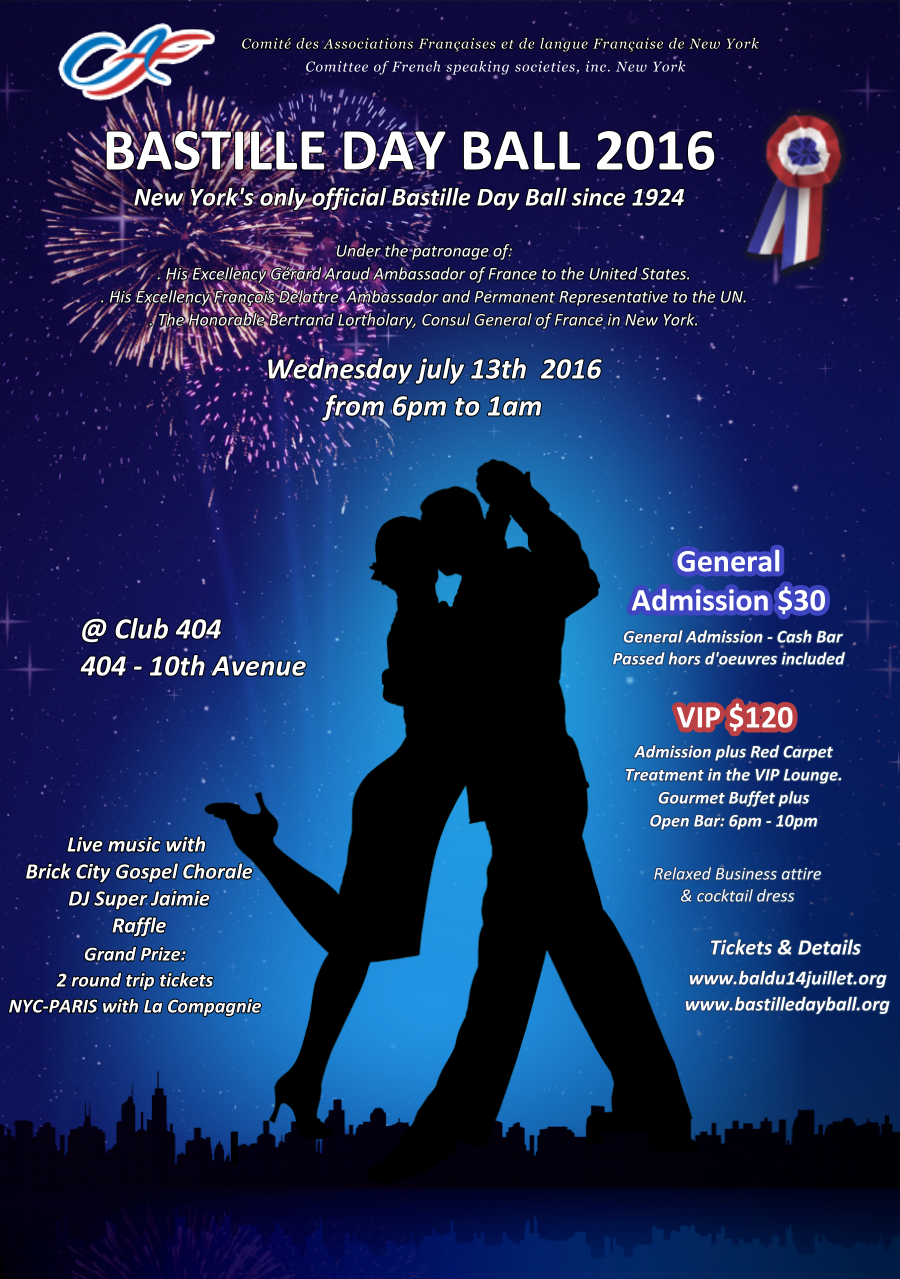 The Ball has been held at the “404”, located at 404 10th Avenue near 33rd Street, from 6:00 PM to 1:00 AM. It was an authentic French event featuring dancing to a live Chorale, a French DJ and hors d’oeuvres. VIP-level ticket holders and Sponsors enjoyed a dedicated private lounge with a buffet style dinner and an open bar till 10:00PM.

The Committee’s Bastille Day Ball has become the major annual French community event in the Tri- State area and attracts over 1,000 guests.