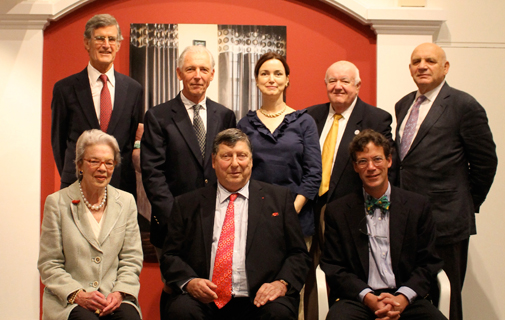 The Bermuda National Gallery has officially named its mezzanine the Humann Gallery in recognition of the longstanding support of the Christian Humann Foundation.