Conferences@934: Climate Challenge: Towards a Transformation of our Economies

Addressing the Climate Challenge: Towards a Global Transformation of our Economies

Ambassador and Special Representative of Laurent Fabius for COP21 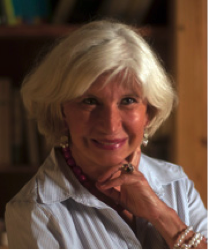 Reporter for The New York Times

A few months before the United Nations Climate Change Conference which will be held in Paris in December 2015 (COP21), the Ambassador and Special Representative of Laurent Fabius for COP21, Laurence Tubiana, is traveling the world to make the upcoming event a success.

Indeed, in the face of global warming, the rise of sea levels and the threats weighing on our ecosystem, it has become increasingly urgent to act against climate disorders. For the Paris conference to be a success, it is essential to reach a universal, credible, and ambitious agreement. The COP20 organized in Lima last December laid the groundwork for such an agreement, and Ms. Tubiana has been working on a daily basis will all concerned parties, to make it the starting point of a new international climate regime.

Ms. Tubiana has explained how de-carbonizing our societies is the key to fighting against global warming. Using clean energies and promoting greener production and consumption patterns will be essential milestones in our battle against climate disorders.

• Laurence Tubiana: In May of 2014, Laurence Tubiana was named Ambassador and Special Representative for COP21. Ms. Tubiana founded the Institute of Sustainable Development and International Relations (Iddri) in Paris; she is also a professor and the chair of the Sustainable Development department at “Sciences Po”, the Paris Institute of Political Science. She also chairs the Board of the French Agency for Development (Agence française de développement, AFD).

Laurence Tubiana has also co-chaired the executive committee of the United Nation’s Sustainable Development Solutions Network (SDSN), and run a working group on deep de-carbonization programs. In 2012, she was appointed by French authorities to the steering committee coordinating the national debate on energetic transition. From May 2009 to May 2010, she was in charge of the new Direction of Global Public Goods, a division of the French Ministry of Foreign and European Affairs. From 1997 to 2002, Laurence Tubiana was a Project Officer on global environmental issues, and Environmental Advisor to Prime Minister Lionel Jospin.

• Justin Gillis: Justin Gillis is a reporter for The New York Times who covers environmental science, with a special focus on climate change. He was the author of a Times series called “Temperature Rising” that updated readers on major developments in climate science, winning the John B. Oakes Award for Distinguished Environmental Journalism from Columbia University.