Color My French, a benefit concert to support the teaching of French in the United States

For over 8 years, the French Heritage Language Program, an initiative of the French Embassy and FACE, has been offering free French classes to underserved French-speaking communities across the United States. This year, the program presents its first benefit event "Color My French".

All the proceeds will go towards supporting free French classes for underserved French-speaking communities across the United States. 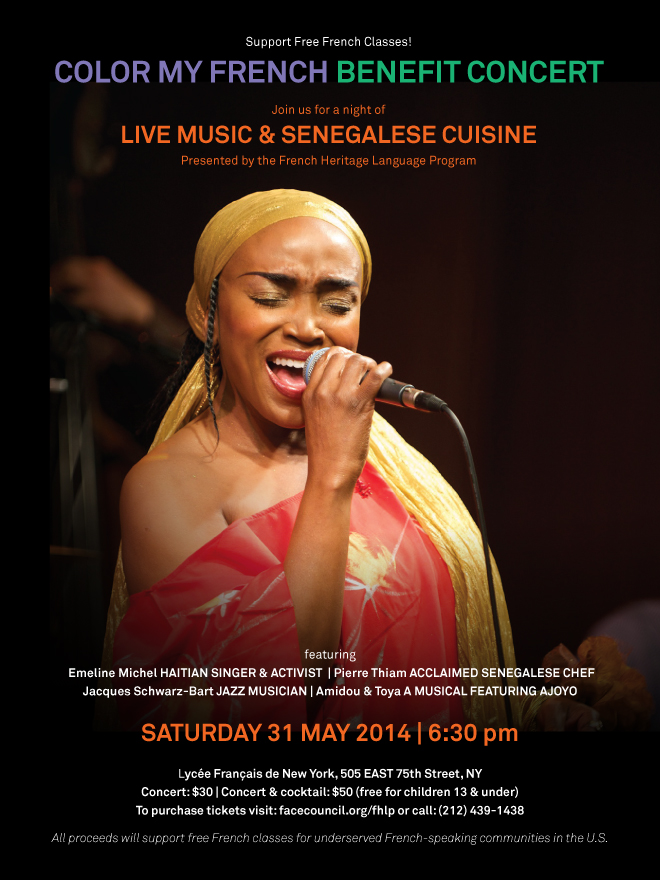