Conferences@934: Assessing the First Months of the Modi Government in India

The Bharatiya Janata Party (BJP) has won the last general elections, in May 2014, with an absolute majority thanks to the popularity of its leader, Narendra Modi. Six months after the formation of the new government a first assessment of its economic and foreign policies can be attempted.

Has India changed its course as dramatically as some of the supporters and opponents of Modi expected? In which areas have the transformations been the most dramatic?

This presentation focused on the one hand on the relations of India with the other BRICS countries, Japan and the United States, and on the other on the lessons which can be drawn from the last budget, the attitude of India vis-à-vis the World Trade Organization (WTO) and the liberalization reforms.

Philip Oldenburg holds a PhD from the University of Chicago and has taught political science at Columbia University since 1977; he has served there as Director and Associate Director of the South Asia Institute. His scholarly writing includes a book on municipal government in Delhi and several essays on the 1971 crisis in Pakistan, on elections in India, and grassroots government in India. Editor or co-editor of ten volumes in The Asia Society’s India Briefing series, his most recent publication is India, Pakistan, and Democracy: Solving the Puzzle of Divergent Paths.


Conférence@934: Inaugurated in October 2009, this series of conferences – the title of which refers to the Consulate General’s address, number 934 on New York’s renowned Fifth Avenue – brings together, once a month, a French and an American figure with the goal of providing a double perspective on major international issues. 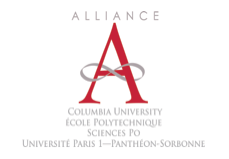 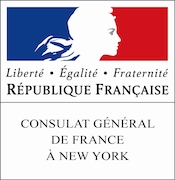