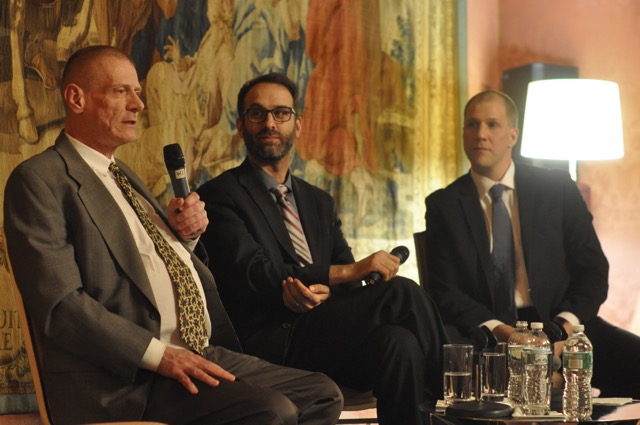 The United Nations Climate Change Conference to be held in Paris next December will be a decisive step in our global fight against climate change because it aims at striking a global climate agreement enabling us to limit global warming to below 2°C. Building on the work carried out at COP20 in Lima, a certain number of crucial decisions must be made.

First, a universal, binding agreement has to be struck, which means commitments from all parties to meet, among others, the carbon emission reduction targets and to implement public policies fostering sustainable development. Moreover, intended national determined contributions (iNDC) will be set, representing the investment that each country feels able to make. Third, parties will continue discussing the issue of climate finance, after a milestone was recently reached with the initial capitalization of the Green Climate Fund. Finally, a general assessment of all local and regional initiatives developed by local governments, civil society organizations and businesses will be established, as they significantly boost mobilization and supplement contributions made by states.

A few months before the United Nations Climate Change Conference, Justin Gillis, reporter for The New York Times covering science of climate change and the policy implications of that science, and Eric Roston, Bloomberg’s sustainability editor have discussed America’s stance regarding climate change and what can be expected from the US at the Paris summit.

Justin Gillis: Justin Gillis is a reporter for The New York Times who covers environmental science, with a special focus on climate change. He was the author of a Times series called Temperature Rising that ran from 2010 to 2013 and updated readers on major developments in climate science, winning the John B. Oakes Award for Distinguished Environmental Journalism from Columbia University. He was also the principal author in 2014 of a series called The Big Fix that critically examined proposed solutions to climate change.

He took his present job in 2010, after three years as a Times editor in charge of the paper’s energy and food coverage. He is a native of southern Georgia and a graduate of the University of Georgia, in journalism. Earlier in his career he worked at the Associated Press, The Miami Herald and The Washington Post. For the latter newspaper, he covered genetics, biotechnology and the completion of the Human Genome Project.

Eric Roston: Eric Roston is the Sustainability editor for Bloomberg.com and author of the book THE CARBON AGE: How Life’s Core Element Has Become Civilization’s Greatest Threat. The book, based on three years of research, traces the dynamic, fundamental science that unifies seemingly disparate parts of our experience: Climate, energy, health, industry—the fastest way to learn the most about the world is through the carbon atom.

Previously, Roston wrote for TIME, in its Washington bureau, where he covered economics, politics and technology. Roston has been a guest on CNN, MSNBC, ABC, CBC, National Public Radio and various radio stations nationwide and abroad. Prior to TIME, he wrote for LIFE magazine and contributed to Slate.com, where he wrote the "Today’s Papers" column.

Michael Shank: Michael Shank, Ph.D., is the Director of Media Strategy at ClimateNexus in New York City. In 2013-2014, Michael served as the Associate Director for Legislative Affairs at the Friends Committee on National Legislation in Washington DC. Prior to FCNL, Michael worked for four years as US Congressman Michael Honda¹s Senior Policy Advisor and Communications Director. Michael¹s Ph.D. from George Mason University¹s School for Conflict Analysis and Resolution is on Climate Conflict. Michael is Adjunct Faculty and a Board Member at George Mason University¹s School for Conflict Analysis and Resolution, Board Member at Communities Without Boundaries International and Youth Court of DC, and Senior Fellow at the French American Global Forum, the JustJobs Network, and the Global Partnership for the Prevention of Armed Conflict.

Michael is a former columnist for Washington Post¹s The Root DC and now a columnist for US News & World Report and an energy insider for the National Journal. Michael writes regularly for USA Today, The Guardian, Daily Beast, Roll Call, among others, and is an on-air analyst for CNN, FOX News, CCTV, Al Jazeera, and RT.

The New Challenges of our Global World is a series of conferences organized in 2014/2015 by the Consulate General of France in New York and the French-American Global Forum. A leading international figure will interact with the audience on issues of concern for both France and the United States of America. More information: http://www.consulfrance-newyork.org and www.fagf.info

The aim of The French-American Global Forum, created in 2011 by Romuald Sciora, is to organize regular events on political and economic affairs. With its different series of prestigious events involving the Brookings, the CSIS, the American University, the George Washington University, The Atlantic, Slate, the French newspaper Le Monde Diplomatique and of course the European Union and the French Embassy, the French - American Global Forum, based in Washington,D.C., is now considered one of the most important French American think tanks.