On October 12th, join us for a new edition of our Conferences 934. This time, the conference will focus on geopolitic: Multinational state: realistic project or utopia?

In his recently published book, Alain Dieckhoff defends the idea that nationhood remains a central aspect of modernity. After the breakup of the Soviet Union and Yugoslavia in the 1990s, the following decade confirmed this hypothesis with the rise of independence movements in Europe (in Scotland and Flanders) and the persistence of claims to nationhood the world over (for example, in Kurdistan and Tibet).

A dual perspective informs Dieckhoff’s analysis: to understand the hidden social and cultural underpinnings of post-Cold War identity dynamics, from Kosovo to Catalonia and from Flanders to Corsica, and to examine how societies can meet the challenge of national pluralism. Finding liberalism, republicanism and multiculturalism unequal to this task, he argues that only by building ‘multi-nation’ democratic states can the issues be properly addressed and secessions prevented.

Contemporary liberal discourse often treats nationalism as an archaic aberration — as a primitive form of tribalism astray in the modern world. Dieckhoff shows why nationalism is in fact a fundamental facet of modernity, which must be dealt with as such by states vulnerable to breakup. 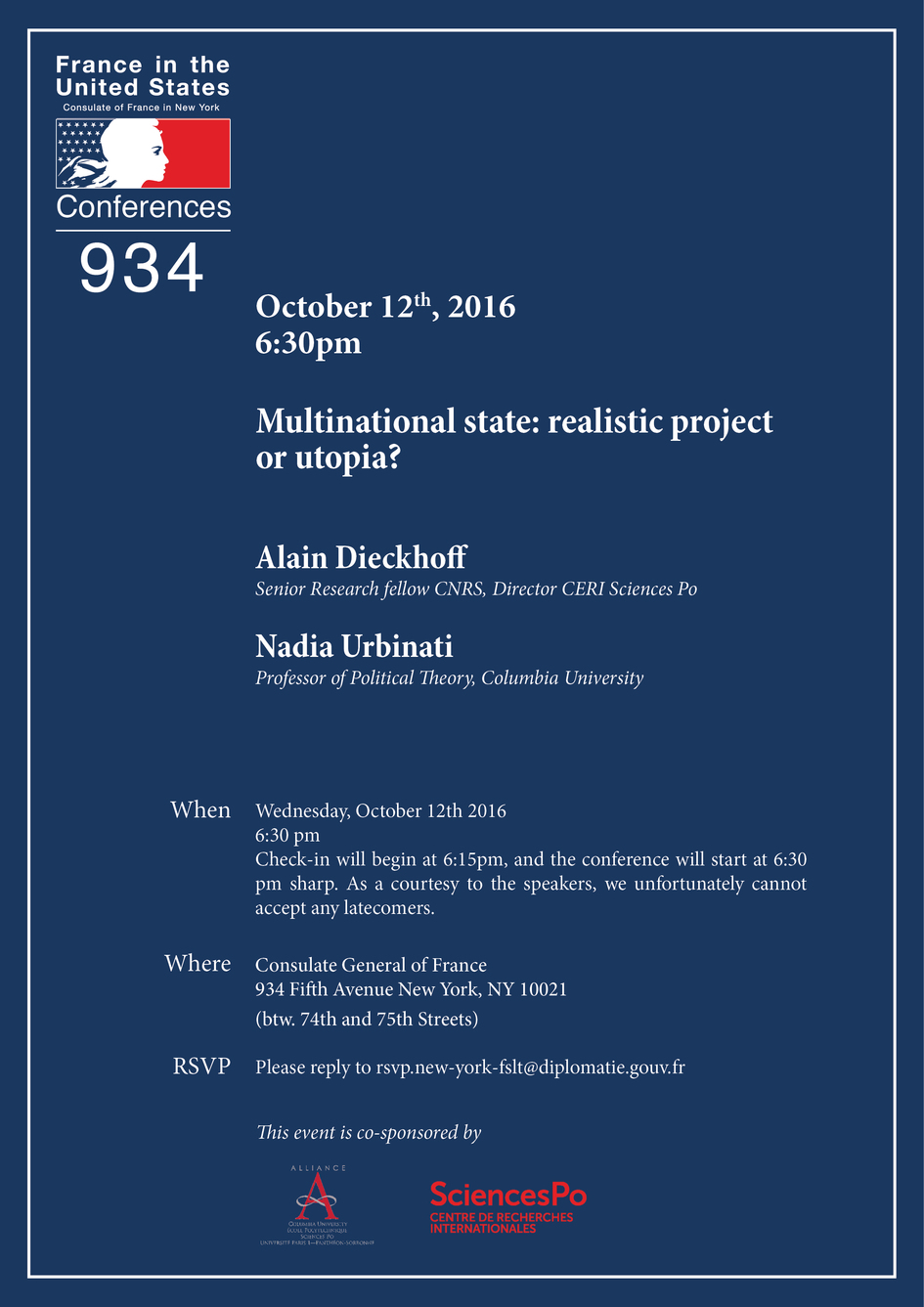 Conferences 934 is a series of monthly conferences organized by the Consulate General of France that brings leading experts who share their analyses on international issues.
More information about the Conferences 934 on this page or on