Conference 934: Pakistan: Between Instability and Resilience

Pakistan: Between Instability and Resilience

Check-in will begin at 6:15 pm, and the conference will start at 6:45 pm sharp. As a courtesy to the speakers, we unfortunately cannot accept any latecomers.
Please RSVP to: rsvp.new-york-fslt@diplomatie.gouv.fr

Pakistan was born as the creation of elite Urdu-speaking Muslims who sought to govern a state that would maintain their dominance. After rallying non-Urdu speaking leaders around him, Jinnah imposed a unitary definition of the new nation state that obliterated linguistic diversity. This centralisation - ’justified’ by the Indian threat - fostered centrifugal forces that resulted in Bengali secessionism in 1971 and Baloch, as well as Mohajir, separatisms today.

Concentration of power in the hands of the establishment remained the norm, and while authoritarianism peaked under military rule, democracy failed to usher in reform, and the rule of law remained fragile at best under Zulfikar Bhutto and later Nawaz Sharif. While Jinnah and Ayub Khan regarded religion as a cultural marker, since their time the Islamists have gradually prevailed. They benefited from the support of General Zia, while others, including sectarian groups, cashed in on their struggle against the establishment to woo the disenfranchised.

Today, Pakistan faces existential challenges ranging from ethnic strife to Islamism, two sources of instability which hark back to elite domination. But the resilience of the country and its people, the resolve of the judiciary and hints of reform in the army may open a new and more stable chapter in its history.

• Christophe Jaffrelot is a CNRS Senior Research Fellow, a CERI Senior research fellow at Sciences Po (Paris), Professor of Indian Politics and Sociology at King’s India Institute (London) and Global Scholar at Princeton University (New Jersey). Among his publications are The Hindu Nationalist Movement and Indian politics, 1925 to 1990s; India’s Silent Revolution. The Rise of the Lower Castes in North India and Dr. Ambedkar and Untouchability. Analyzing and Fighting Caste. He has also co-edited with Laurent Gayer, Muslims in Indian cities. Trajectories of marginalization. He recently published The Pakistan Paradox. Between Instability and Resilience.

• Philip Oldenburg holds a PhD from the University of Chicago and has taught political science at Columbia University since 1977; he has served there as Director and Associate Director of the South Asia Institute. His scholarly writing includes a book on municipal government in Delhi and several essays on the 1971 crisis in Pakistan, on elections in India, and grassroots government in India. Editor or co-editor of ten volumes in The Asia Society’s India Briefing series. He recently published India, Pakistan, and Democracy: Solving the Puzzle of Divergent Paths.
Conferences 934 is a series of monthly conferences organized by the Consulate General of France that brings leading experts who share their analyses on international issues..
More information: http://www.consulfrance-newyork.org or on 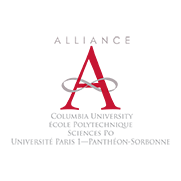