Conference 934: The construction of identities [fr]

Update: In light of the restrictions implemented to prevent the propagation of Coronavirus COVID-19, the Conference 934 has been cancelled.

Identities used to be first defined by geographical areas and cultural affiliation. However, technology and globalization in the early 2000s deeply reshaped the construction of identities. More decentralized and less geographically localized, identity-building is now colored by new dynamics. With the rise of social media, progressive political movements and radical ideologies have gained traction like never before. Ironically, the globalization that has facilitated the spread of these ideas is resulting in a rise in nationalism and nationalism.

Our guest will discuss this irony, and dissect the intersections of identity-building and globalization in the digital era. 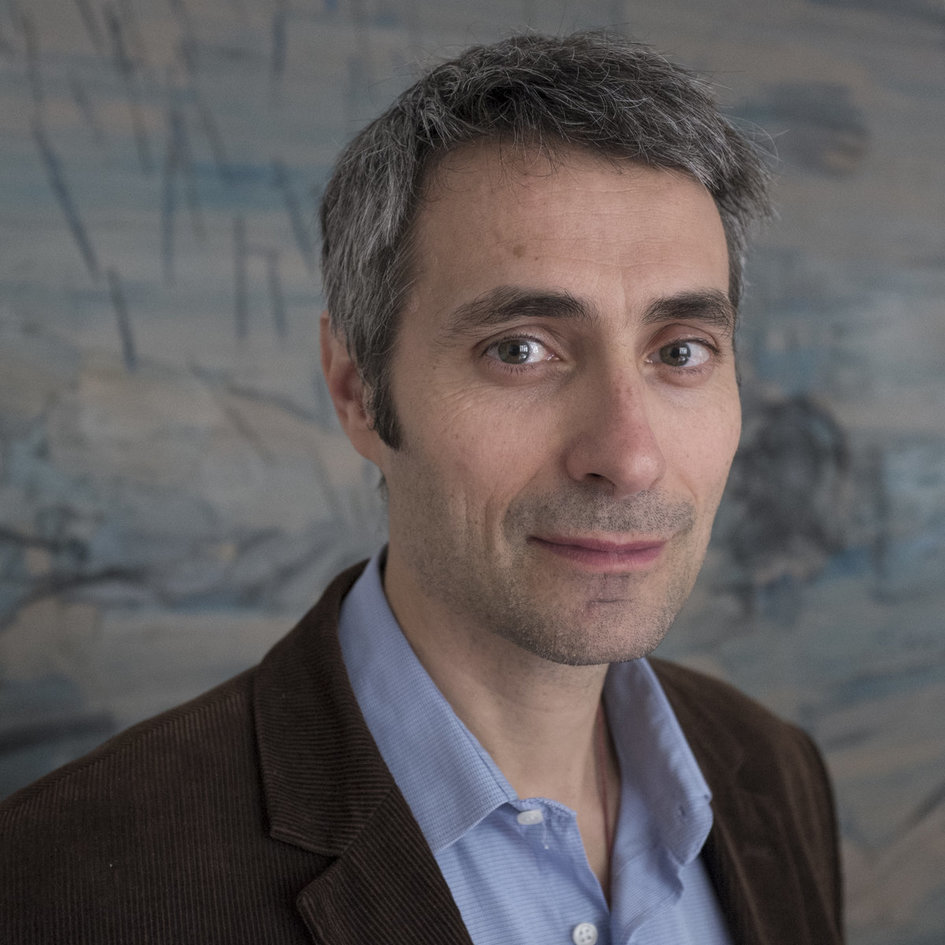 Raphaël Liogier is a professor of philosophy and sociology at Sciences Po Aix-en-Provence and teaches at the Collège international de philosophie in Paris. He currently lives in New York and is a visiting scholar at Columbia University’s Council for European Studies. His major works include Le Mythe de l’islamisation (The myth of islamization) and La guerre des civilisations n’aura pas lieu (The war of civilizations will not take place). His latest book about the #MeToo movement, Heart of maleness : an exploration, has been published most recently in the US. He is the scientific organizer of the march 31st 2020 Columbia University symposium on Global identities in the making. 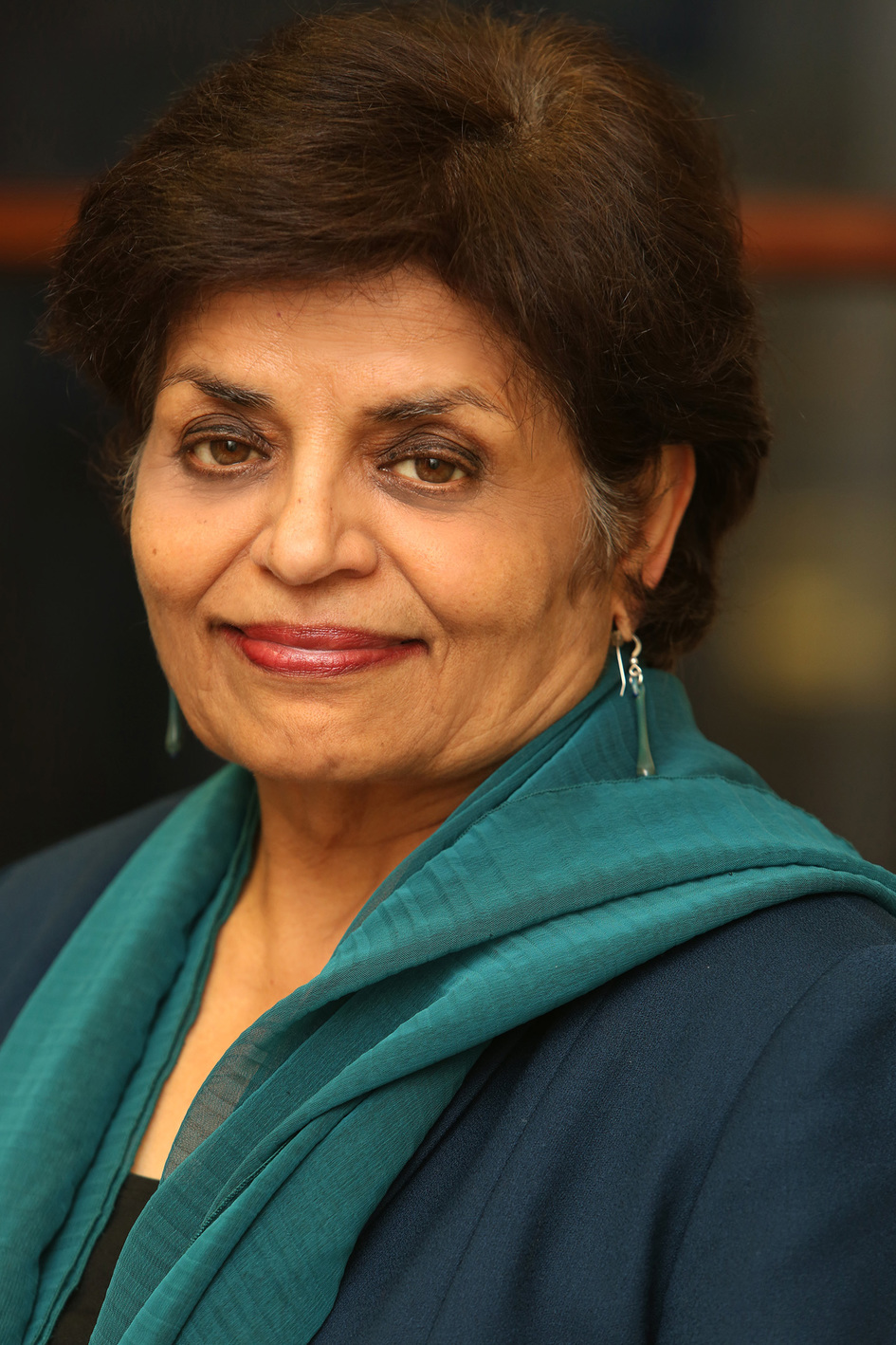 Vishakha Desai is Senior Advisor for Global Affairs to the President of Columbia University, Senior Research Scholar at its School of International and Public Affairs, and Vice-Chair of the Committee on Global Thought. From 1990 through 2012, Dr. Desai served in various capacities at the Asia Society, ranging from being Director if its museum, to being the President and CEO of the organization from 2004. As President of the Asia Society, she expanded the Society’s reach in Asia through innovative programs and new buildings in the U.S. and Asia. Dr. Desai’s publications include: Asian Art History in the 21st century (March 2008), Gods Guardians and Lovers: Temple Sculpture of North India (November 1993), and Life at Court: Art for India’s Rulers (June 1985). She also publishes regularly in leading American and Indian publications on cultural and current issues, and is currently working on an upcoming memoir soon to be published by Columbia University Press. Recipient of five honorary degrees from American educational institutions, Dr. Desai holds a B.A. in Political Science from Bombay University and an M.A. and Ph.D. in Asian Art History from the University of Michigan. 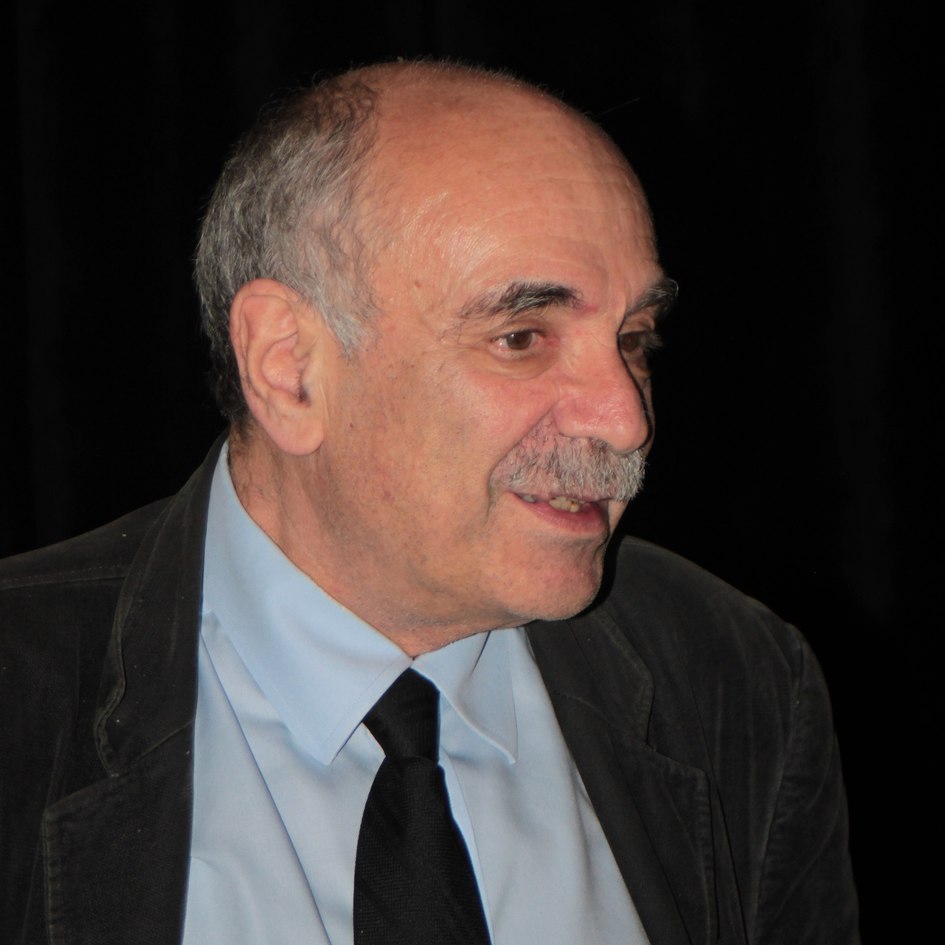 Michel Wieviorka is a French sociologist and a directeur d’études at the EHESS. His work focuses on the role of social movements in France and abroad but also on racism and terrorism. He is also the director of the FMSH. 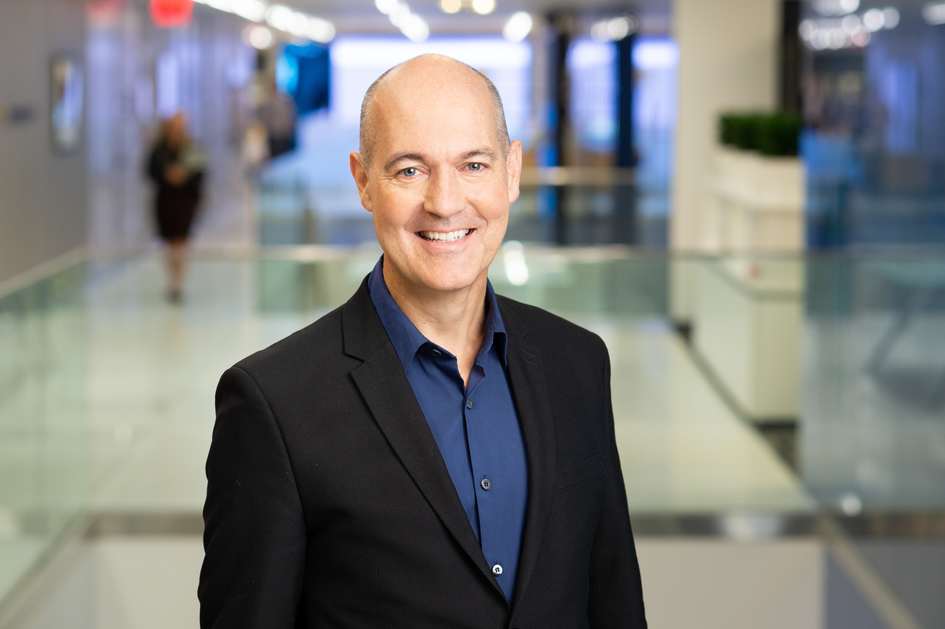 Edward Roussel is Chief Innovation Officer at Dow Jones, responsible for identifying areas of new opportunity, with a focus on startups and relations with Silicon Valley companies.

Edward joined Dow Jones in June 2013 as head of digital product development, overseeing projects including the redesign of The Wall Street Journal’s website and apps. Before joining Dow Jones, Edward worked at the Telegraph Media Group in London for seven years. As Executive Editor, Digital, he headed the Telegraph’s website and mobile products, playing a central role in reorganizing the newsroom to place digital journalism at its core. Edward worked at Bloomberg from 1992 to 2004, playing a key part in the company’s rapid editorial expansion. He oversaw global financial coverage, leading a team of more than 130 journalists. In earlier roles at Bloomberg, Edward was bureau chief in Brussels, Paris and London. 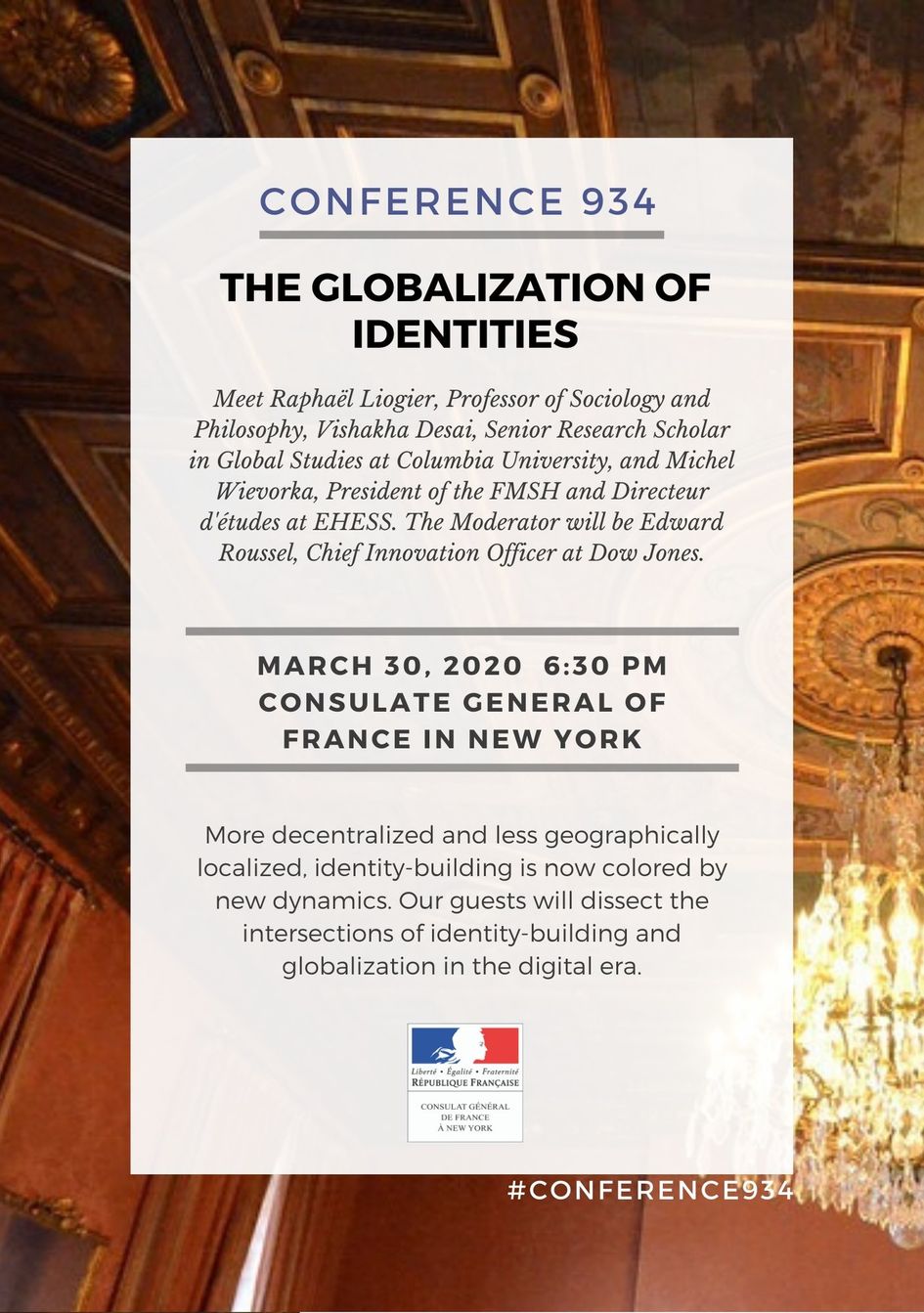 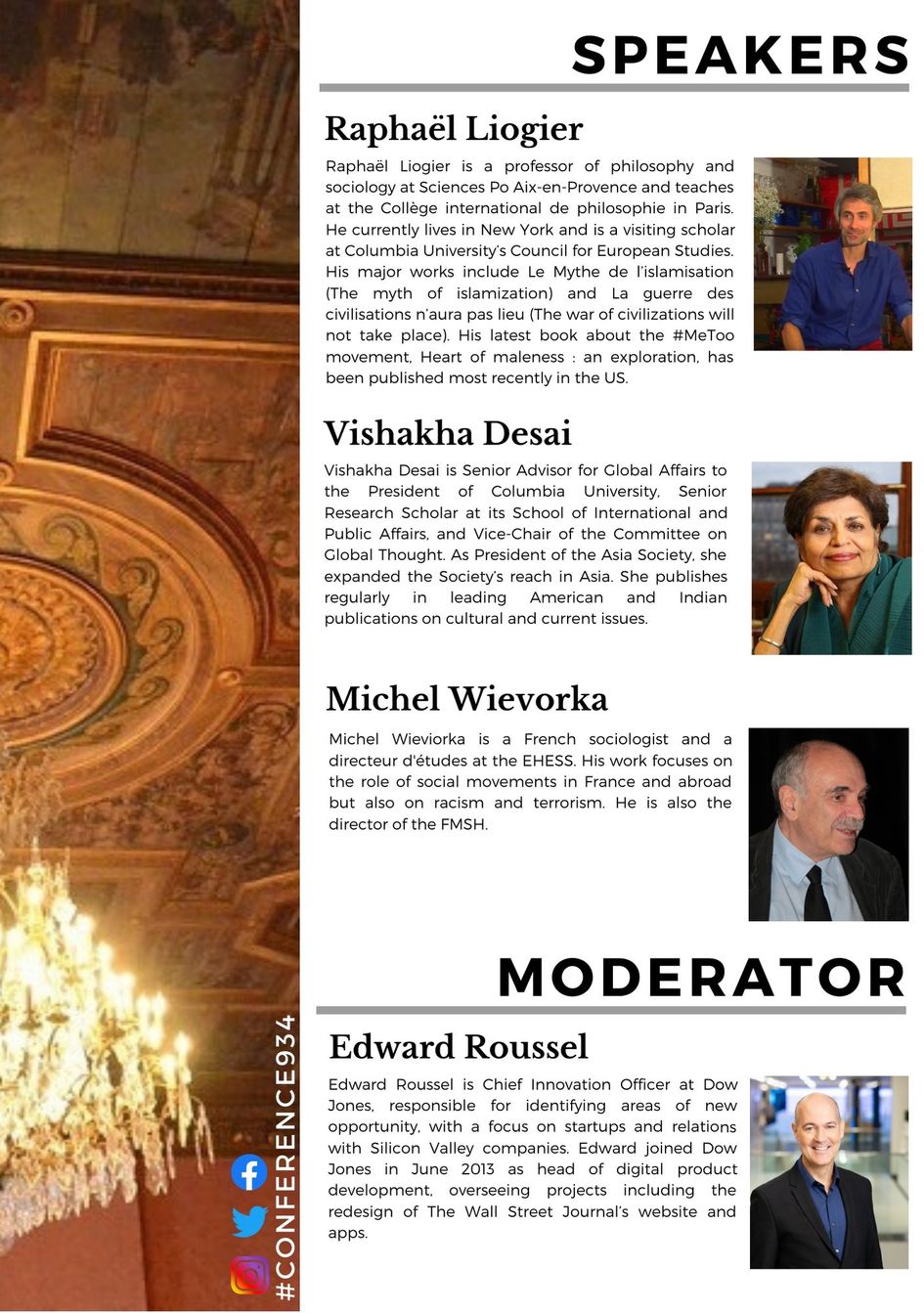