Conference@934: the European Union after the Lisbon Treaty

In the conference series called "CONFERENCES@934" and organized by the French Consulate, his Excellency Pierre Vimont, Ambassador of France to the United States, and Dr. Andrew Moravcsik, Professor and Director of the European Union Program at Princeton University, had a conversation about "the European Union after the Lisbon Treaty". 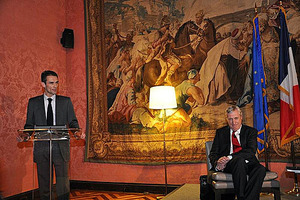 I would like to welcome you tonight to the Consulate of France. For those of you who attended the Conference on Afghanistan and Pakistan last month, you already know that we have launched a new series of Conferences at the Consulate.

This series is baptised Conferences@934. 934 after our address here on Fifth Avenue. We will bring together two key figures each month: one French and one American who will confront their analyses on an issue concerning international relations and the relation between France and the United States.

Thus we will have next year conferences dedicated to Islam and National Identity in France on January 27th, on NATO in February and on the fight against Pandemics with the Nobel Prize in Medicine, François Barré-Sinoussi in March and so forth.

You will be informed of conference dates and the experts who will participate through the website of the Consulate, our Facebook page and our Twitter Page, which I invite you to consult regularly. Moreover, we are open to your suggestions to help us define the series program and also to your reactions after each conference.

Today’s subject is the European Union after the Lisbon Treaty. It seemed to us an issue that was particularly relevant given the ratification of the treaty, its coming in to effect and the nomination of the leaders of the EU in accordance with the new treaty.

I would like to thank Pierre Vimont, our Ambassador in Washington, for having accepted my invitation. I know that he is very busy and I am well aware of the chance that we have in having him here with us tonight. I must say, without toadying, that I have the great pleasure to meet him again here in the United States after having had the privilege of working with him while he was Chief of Staff of the Foreign Minister. For the few of you who don’t know him yet, let me recall that Pierre Vimont was between 1999 and 2002 our Permanent Representative to the EU.

I would also like to thank Andrew Moravcsik, a renowned academic from Princeton University. It is equally a great pleasure for me to welcome him tonight. Andrew is Professor of Politics and International Affairs at Princeton University where he is in charge of the European Union Program. He held similar positions at Harvard University. He is a leading expert on European institutions and the author of more than 100 publications, notably on European integration, transatlantic relations and international organizations.

Before turning discussion over to Andrew Moravcsik who will present Pierre Vimont and introduce our subject, I’d like to remind you, in order for the discussion to be as free as possible, that the opinions expressed here will be entirely those of our speakers. They will not reflect official positions of the French Government.

After Andrew’s introduction, Pierre will express himself for around ten minutes. Our two guests will then discuss together for twenty minutes before responding to your questions. I propose that we stop at 7:30 pm to have refreshment together.

Andrew, the floor is yours! 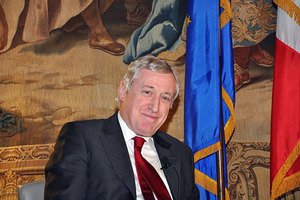 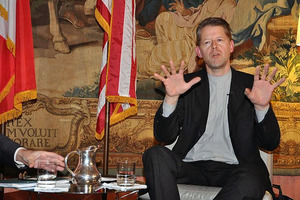 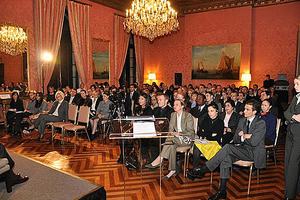 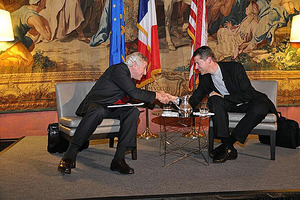 To see more pictures of the conference, please visit the Flickr page of the Consulate.