The 6th of April will be the international sport day for development and peace. On this occasion, the Consulate will host a discussion about the power of sport, come join us!

Pierre de Coubertin, reviver of the Olympic Games, used to say “sport is a school for socialization” and not only physical activity that allows you to keep fit. The Olympic Games are a prime example of the values sport embodies, such as team spirit, surpassing oneself, personal commitment, but also consideration for opponents, respect for rules. Both in France and in the USA, for example, sport is a means of integration for downgraded populations in sensitive urban zones. It also gathers fans around athletes, entertains people.

Despite these universal values, sport is seen differently from one country to another. The USA does not grasp sport as France does and each country has its own policy on this topic. These differences are noticeable in the way a population cheers its team on or in the functioning of the neighborhood sport club.

The 6th of April will be the international sport day for development and peace. For the occasion, the French Consulate in New-York might not be lacing up its sneakers but will be organizing a conference in order to highlight what we have in common and understand the possible differences. 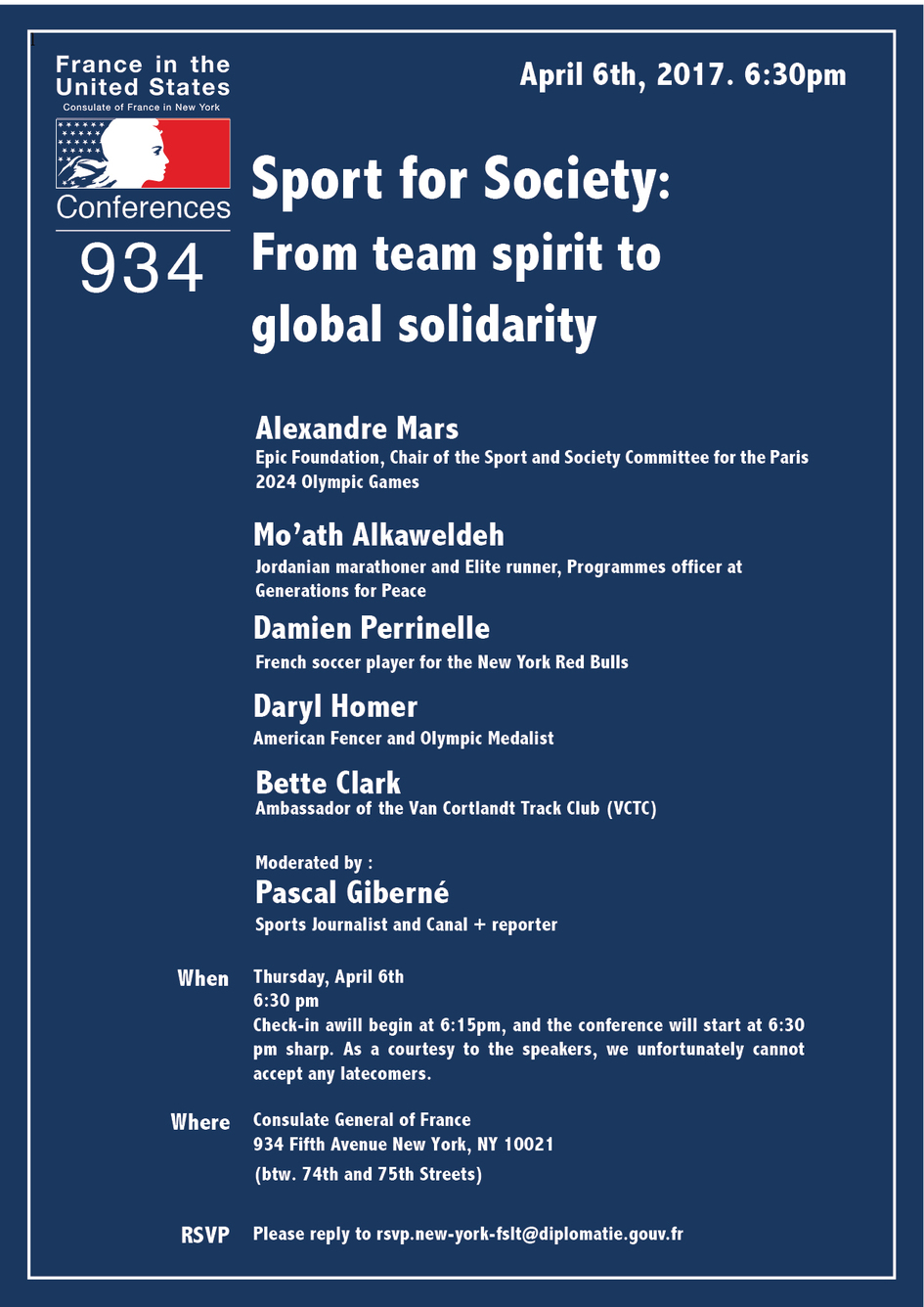