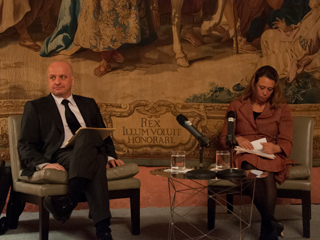 The United States and France are among the biggest development aid donors. However none have reached the UN development aid goal for 2015 and according to the organization more should be given worldwide to reduce poverty. Structural problems are also often underlined to question the efficiency of development aid. However, our development aid policies greatly contribute to fighting poverty in the world and improve education and health systems in developing countries. They also increasingly focus on environmental issues. In light of these contributions and difficulties, our speakers will compare French and American development aid policies and draw similarities and differences between them. 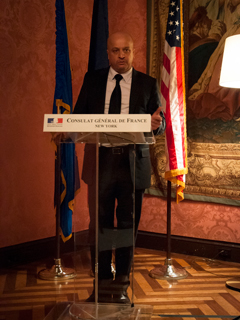 Thierry SORET is a Policy Specialist on global economic governance issues at the United Nations Development Programme (UNDP) in New York. He is a member of the UN coordination team on G20 issues, and represents the UNDP in the G20 Development Working Group. Prior to joining UNDP in 2007, Thierry Soret was the Executive Director of the European Think Tank “Confrontations-Europe”. Previously, he was a Policy Advisor on international relations and globalization issues to Mr. Francois Hollande, leader of the French socialist party. He has written academic research articles, including the essay Crise dans la gouvernance économique mondiale, in 2010. He was admitted at the National School of Administration (ENA), Paris. He holds a Master Degree in Political Science and International Relations from ‘Sciences Po’ Paris, and a B.A. in Philosophy from the Paris XII University. 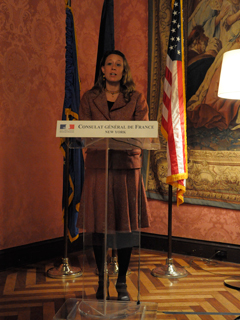 Terra LAWSON-REMER is a fellow for civil society, markets, and democracy at the Council on Foreign Relations (CFR), where she is directing the CFR-sponsored study on the political economy of transitions. She is also assistant professor of international affairs at The New School University in New York City and serves as chair of the university’s advisory committee on investor responsibility. Previously, she was senior adviser for international affairs at the U.S. Department of the Treasury. Dr. Lawson-Remer’s research addresses opportunity and exclusion in the global economy, including economic development and poverty, natural resources, global economic governance, property rights, emerging economies, fragile states, inclusive growth, and rule of law. She has written numerous academic research articles on these issues, and worked and conducted field studies in Latin America, North and East Africa, Asia, and the South Pacific. She previously held positions at the United Nations University World Institute for Development Economics Research, Latham & Watkins LLP, Amnesty International USA, the Ethical Globalization Initiative, and the New York Civil Liberties Union, and consulted for the World Bank. Long a committed civic leader, Dr. Lawson-Remer also previously worked as an organizer, action coordinator, and strategist for a variety of grassroots environmental and social justice organizations.

Listen to the conference :