Conferences@934: Integration models and migratory policies in the US and in France

Integration models and migratory policies in the US and in France 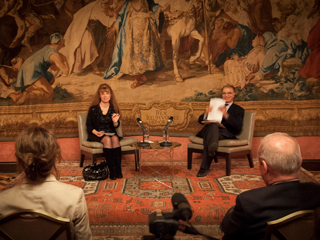 Both the United States and France are lands of immigration. However, our two countries have developed different relations with their immigrants’ communities. Given the political, economic and social challenges at stake, the two speakers will share a cross-analysis of the different integration models and migration policies enforced in France and the United States.

Professor Ariane CHEBEL d’APPOLLONIA, Associate Professor at the School of Public Affairs and Administration at Rutgers University (New Jersey) and Senior Researcher affiliated to the Center for Political Research at Sciences Po Paris. 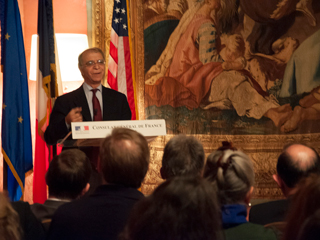 Muzaffar CHISHTI, a lawyer, is the director of Migration Policy Institute’s office at New York University School of Law. His work focuses on US immigration policy, the intersection of labor and immigration law, civil liberties, and immigrant integration. Prior to joining MPI, Mr. Chishti was Director of the Immigration Project of the Union of Needletrades, Industrial & Textile Employees (UNITE). Mr. Chishti serves on the board of directors of the National Immigration Law Center, the New York Immigration Coalition, and the Asian American Federation. He has served as Chair of the board of directors of the National Immigration Forum, and as a member of the American Bar Association’s Coordinating Committee on Immigration. In 1992, as part of a US team, he assisted the Russian Parliament in drafting its legislation on forced migrants and refugees. He is a 1994 recipient of New York State Governor’s Award for Outstanding Asian Americans and a 1995 recipient of the Ellis Island Medal of Honor. Mr. Chishti has authored many articles and testified extensively on immigration policy issues before various Congressional committees. He was educated at St. Stephen’s College, Delhi; the University of Delhi; Cornell Law School; and the Columbia School of International Affairs. 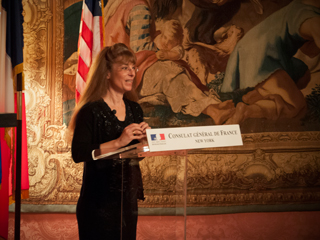 Professor Ariane CHEBEL d’APPOLLONIA, educated at Sciences Po (Ph.D., HDR), is Associate Professor at the School of Public Affairs and Administration at Rutgers University (New Jersey). She is also Senior Researcher affiliated to the Center for Political Research at Sciences Po Paris. Her research focuses on immigration, discrimination and security issues. She has taught at universities in France (Paris III-Sorbonne, the Columbia University and the University of Chicago Programs in Paris) and in the US (New York University, University of Pittsburgh). She published five books and co-edited two books with Simon Reich entitled Immigration, Integration and Security: America and Europe in Comparative Perspective (2008) and Managing Ethnic Diversity After 9/11: Internal Security and Civil Liberties in Transatlantic Perspective (2010). Her recent publications include Les Frontières du Racisme (Presses de Sciences Po, 2011), and Frontiers of Fears: Immigration and Insecurity in the United States and Europe (Cornell University Press, March 2012).

This conference has been co sponsored by the Alliance program of Columbia University.

Listen to the conference :