On December 12th, join us for a new edition of our Conferences 934. This time, the conference will focus on the Open Government Partnership initiative, its summit will take place in Paris from December 7th to December 9th.

From December 7 to December 9, 2016, France will host the Open Government Partnership Global Summit in Paris. This multilateral initiative brings together representatives from 70 countries. It aims to promote transparency in public policies, and increase citizen participation in policy making.

On both sides of the Atlantic, everybody, from government representatives to ordinary citizens, is affected by the open government revolution. In the wake of the OGP Summit in Paris, we will discuss the progress made possible by this conference, as well as the first challenges facing the open government project. Does the future of digital innovation really coincide with the future of democracy? What do people want from open government? Is all data relevant for everyone? We will engage in this conversation with representatives from civil society as well as the private sector, for a fruitful exchange on the interconnection between local and national initiatives. 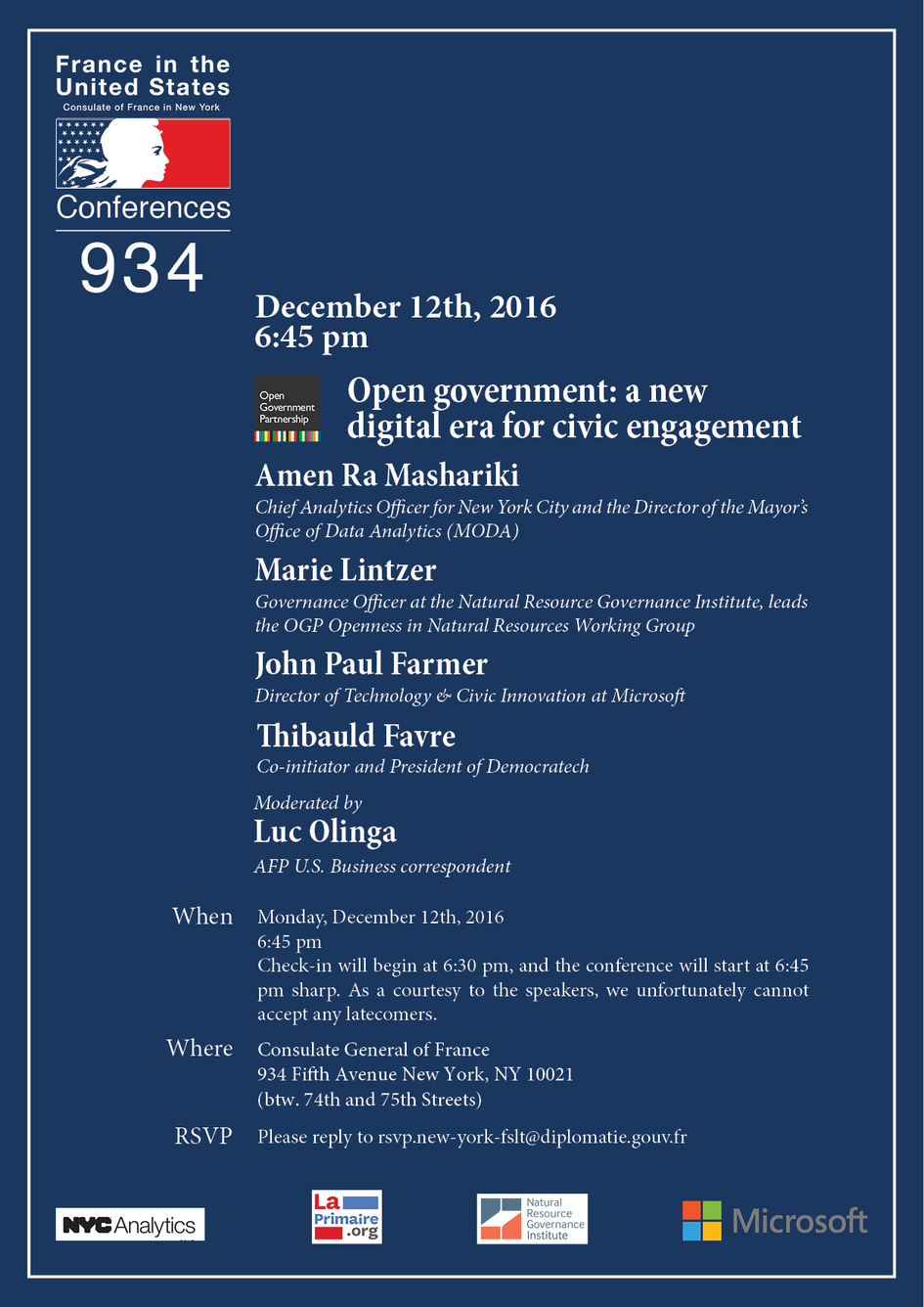