Conferences@934: Should we Fear China?

The Consulate General of France and the Alliance Program present :

Should we Fear China? 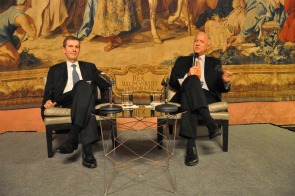 The most populated country in the world and the second economic power after the United States with about 10% growth and the largest exchange reserve, China is rising as an essential actor on the international scene. Should we see China as a threat to the West, or rather as a land of opportunities, leading us to reconsider the traditional balance of powers? The speakers, each endowed with a solid economic and political background, have taken stock on French and American views on this issue.

Stephen A. ORLINS, President of the National Committee on United States – China Relations

Claude MEYER, Professor at Sciences Po Paris, author of China or Japan: Which Will Lead Asia? 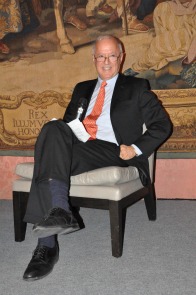 Steve Orlins has been President of the National Committee on United States – China Relations (NCUSCR) since 2005. Prior to that, he was the Managing Director of Carlyle Asia, one of Asia’s largest private equity funds, and the chairman of the board of Taiwan Broadband Communications. Before working as a senior adviser to AEA Investors in Asia, Mr. Orlins worked for the investment banking firm of Lehman Brothers and served as President of Lehman Brothers Asia from 1987 to 1990. Prior to joining Lehman Brothers, Mr. Orlins practiced law in New York, Hong Kong and Beijing. From 1976 to 1979, Mr. Orlins served in the Office of the Legal Advisor of the United States Department of State. While in that office, he was a member of the legal team that helped establish diplomatic relations with the People’s Republic of China. Mr. Orlins is a magna cum laude graduate of Harvard College and earned his law degree at Harvard Law School. He speaks Mandarin Chinese and is a member of the Council on Foreign Relations. 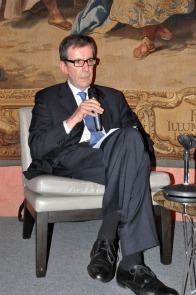 Claude Meyer has pursued a dual career as an international banker and an academic. During the 90’s, he held various positions at the Bank of Tokyo Group in Paris and was the Deputy General Manager of the group until 2000. He is currently Associate Professor of International Economics at Sciences Po Paris and Senior Fellow at the research institute GEM-Sciences Po, which is linked to the Brookings Institution. He lectures regularly in China, Japan, Korea and in the US. He holds a Ph.D. in Economics and degrees in Philosophy and Japanese Studies. His research and publications deal mainly with Asian economies and finance, with particular emphasis on the links between economic and strategic issues. He previously taught at Sorbonne University and E.H.E.S.S. (Graduate School in Social Sciences). His last book, China or Japan: Which Will Lead Asia?, Hurst and Co. & New York, Columbia University Press (2012) has been praised by many specialists of Asia, and will be available at the end of the conference.