Conferences@934: The Education of Leaders: The Fight Against Inequality 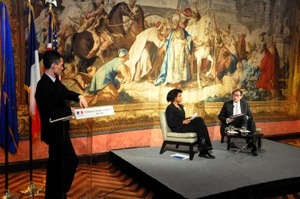 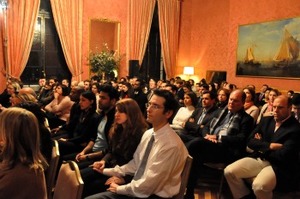 On Tuesday, February 1st 2011, in the series Conferences@934, the Consulate General of France in New York presented "The Education of Leaders: The Fight Against Inequality", a conversation featuring Richard Descoings, Director of Sciences Po Paris and Michele Moody-Adams, Dean of Columbia College.


To see more pictures of the conference, please visit the Flickr page of the Consulate.

Watch video extracts of the conference: 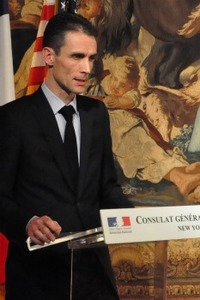 Welcome to the Consulate of France for this 17th edition of Conferences@934. I’d like to begin by acknowledging the presence amongst us of Antonin Baudry , our Cultural Counsellor here in New York . I know that tonight’s subject is of particular interest to him. For those who are joining us for the first time, I recall that the concept of these conferences is to bring together two figures, one American and one French who confront their analyses on issues related to the Franco-American relationship.

Tonight’s subject sparks animated debate in France as in the United States with this main question: how do you at the same time ensure for equality of chance and the formation of an elite. A far too well spread cliché opposes republican equality and affirmative action, in other words the rigidity of the French model and the pragmatic efficiency of the American model. Some in France have nonetheless denounced the existence of a dual system and the perpetuation of a ”noblesse d’Etat”. As for the United States , affirmative action has been the subject of recurrent controversies and its practicality in reducing inequalities has been strongly contested.

To debate these questions we are lucky to have with us tonight, Richard Descoings and Michele Moody-Adams. Two figures who are both products of the best of the best of higher education in France and in the United States , the breeding grounds of the elite and of educational excellence.

Richard Descoings has been director of Sciences-Po since 1996. He is known for having profoundly modernized Sciences-Po notably by internationalizing the curriculum and recruiting and by creating an access course for students from underprivileged neighborhoods. Last year, President Sarkozy named Richard Descoings head of a mission aiming to prepare high school reform. He has just published a book which I recommend that you all read: Un Lycée pavé de bonnes intentions. (A High School Paved With Good Intentions).

At his side is Michele Moody-Adams, dean and professor at Columbia College since 2009. She is also Vice President for undergraduate education and professor of political philosophy and legal theory in Columbia ’s philosophy department. She received her PhD from Harvard University and has taught at Cornell University . Michele Moody-Adams teaches the history of ethics, political philosophy, and the philosophy of law. She has published on various topics such as social and economic justice, feminism and equality.

Our guests will speak for about 10 minutes each and then have together a conversation before responding to your questions. I propose that we close the session around 7:45. Before turning the floor over to them, don’t forget that you can also listen to an audio recording of this conference and see photos of tonight on the Consulate’s website. Our Facebook page also allows you to remain informed of future events. Finally, I recall that the opinions expressed here are entirely those of our guest speakers.

Richard, the floor is yours. 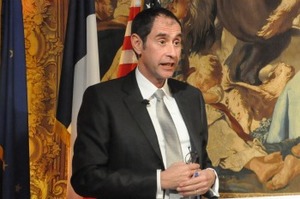 Richard Descoings, is director of the Institut d’Etudes Politiques de Paris (Sciences Po Paris), administrator of the French National Foundation for Political Science (FNSP) and Conseiller d’état (state councillor). After his studies at Sciences Po Paris and then at Ecole Normale d’Administration, Richard Descoings entered the Conseil d’Etat (Supreme Administrative Court) where he was named Conseiller d’état in 2000. From 1991 to 1993, he participated in the cabinets of the ministers of Budget and National Education. Director of Sciences Po Paris since 1996, Richard Descoings has distinguished himself through his ambitious reforms, notably those aimed at favorizing equal opportunity in admissions to Sciences Po and the internationalization of the University. The most remarkable of these being the creation in 2001 of a specific access network for high school students from underprivileged neighborhoods. In January 2009, he was appointed by President Nicolas Sarkozy as the head of a preliminary mission on high school reform. Richard Descoings was decorated as a Chevalier de la Légion d’Honneur (Legion of Honor) and of the Ordre National du Mérite (National Order of Merit) as well as the Palmes Académiques (Order of Academic Palms). He is the Author of Sciences Po: de la Courneuve à Shanghai and Un lycée pavé de bonnes intentions. 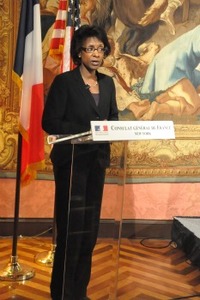 Michele Moody-Adams, is Dean of the College at Columbia University, and Henry L. and Lucy G. Moses Professor since July 1, 2009. Michele Moody-Adams is also Vice President for Undergraduate Education and Joseph Straus Professor of Political Philosophy and Legal Theory in Columbia’s Philosophy Department. Before coming to Columbia, Dean Moody-Adams was Vice Provost for Undergraduate Education at Cornell, as well as a Professor of Philosophy and Director and Hutchinson Professor in Cornell’s Program on Ethics and Public Life. She does research and teaching on a variety of issues in ethical theory, the history of ethics, political philosophy, practical ethics, the philosophy of law, and the history of philosophy. Professor Moody-Adams has published on such topics as moral relativism, moral objectivity, and moral psychology, as well as on problems of social and economic justice, feminism and equality, and the moral implications of reproductive technologies. She has been a National Endowment for the Humanities Fellow and serves on the editorial board of several scholarly journals. Dean Moody-Adams did her undergraduate degree at Wellesley College; a second B.A, at Oxford University as a Marshall Scholar, and received her MA and Ph.D. in Philosophy from Harvard University.

- about the Alliance program