Conferences@934 : The challenges of the Jewish Community in France

The Challenges of the Jewish Community in France : Anti-semitism, Religious Practice, Dialog with Islam, Europe. 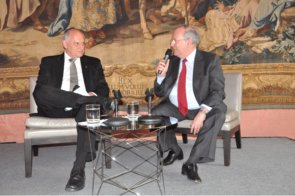 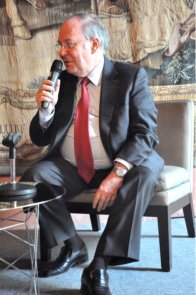 Dr. Richard PRASQUIER has been CRIF’s President since 2007. CRIF (Conseil représentatif des institutions juives de France) is a coordinating body for 62 French Jewish groups, representing the Jewish community in its dialogue with authorities. Born in Poland in 1945, Dr. Richard Prasquier arrived in France with his parents at age one. He studied medicine and cardiology in France before becoming Research Fellow at the Cardiovascular Institute of San Francisco University in 1974. He then became Head of Clinic at the University of Medicine in Paris. Since 1970, he has been active within the Jewish community. President of the French Committee for Yad Vashem, in 1998 he joined CRIF’s Executive Committee. From 2001 to 2007, he advised former CRIF President, Roger Cukierman. He was Head of the Commission on Solidarity at the Foundation for the Remembrance of the Shoah (FMS) from 2002 to 2007. He is also a member of the International Auschwitz Committee and very active in the dialogue between Christians and Jews. At CRIF, he directed the Commission for Relations with Catholics and the Commission for International Relations prior to his election as CRIF’s President. 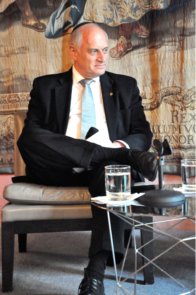 Malcolm HOENLEIN. In June 1986, Malcolm Hoenlein was elected Executive Vice Chairman of the Conference of Presidents of Major American Jewish Organizations (CPMAJO), the coordinating body for 52 national Jewish organizations. Previously, he served as the founding Executive Director of the Jewish Community Relations Council of Greater New York (JCRC) and the Greater New York Conference on Soviet Jewry. Malcolm Hoenlein received his B.A. in Political Science from Temple University and completed his Masters degree and doctoral course work from the University of Pennsylvania’s Department of International Relations. Mr. Hoenlein has travelled throughout the world, meeting with world leaders and Jewish communities. He has written and lectured across the US and abroad on Soviet and World Jewry, the American Jewish community, and intergroup relations. Mr. Hoenlein serves as an advisor to many public officials and appears regularly in the media. He is deeply involved in many educational and civic organizations including the America-Israel Chamber of Commerce and the Council on Foreign Relations.