Conferences@934 : from Matisse to Louise Bourgeois

From Matisse to Louise Bourgeois: inside the intimate circles of 20th Century Masters. 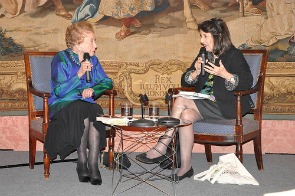 They were geniuses who left their mark on the 20th century, forever revolutionizing our perception and imagination. They also influenced the existence of those who were fortunate to meet them and enter their more private circles. From post-war Paris to New York studios, two women tell us the story of their encounters with the Masters of the 20th century, as they experienced them. An intimate art-story and a marvelous adventure: the birth of Modern Art. 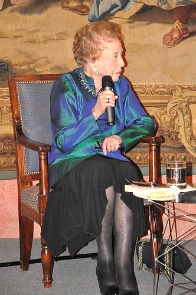 Born in Philadelphia of an American father and an English mother, Rosamond Bernier has a long love story with France. After World War II she spent more than twenty years in Paris, initially as European Features Editor for Vogue magazine. She became friends with the masters of the School of Paris: Pablo Picasso, Henri Matisse, Georges Braque, Fernand Léger, Joan Miró, Max Ernst and Alberto Giacometti. She knew them as few foreigners did, and when she founded the art magazine L’ŒIL in 1955 they did all they could to help her. After returning to the United States in 1971 she began a new career as a lecturer and gave over 200 lectures at the Metropolitan Museum of Art in New York. She is the author of Matisse, Picasso, Miró — As I Knew Them (Alfred A Knopf, Inc) and Some of My Lives, her memoirs published in 2011 by Farrar, Straus and Giroux. In recognition of her contributions to French culture, she was made a Chevalier de la Légion d’Honneur and an Officier de l’Ordre des Arts et des Lettres.

Dominique Nabokov is a sharp-eyed photographer who divides her time between the U.S. and France. After starting as an assistant photographer to Patrick Demarchelier in 1980, she branched out on her own and focused on portrait photography and photo-reportage. Her work has appeared in many leading publications, including The New Yorker, Vogue, Vanity Fair, Le Monde, and Le Nouvel Observateur, and it is featured in the collections of the Musée Européen de la Photographie and the FNAC (Fonds National d’Art Contemporain). Dominique Nabokov was made Chevalier de l’Ordre des Arts et des Lettres.