Fighting against anti-Semitism: the Klarsfeld couple tells their story at the French Consulate [fr]

On June 28th, at the Consulate, you will have the privilege to meet with Beate and Serge Klarsfeld. They will tell us about their battle for the memory of the holocaust and their involvement in the fight against antisemitism. 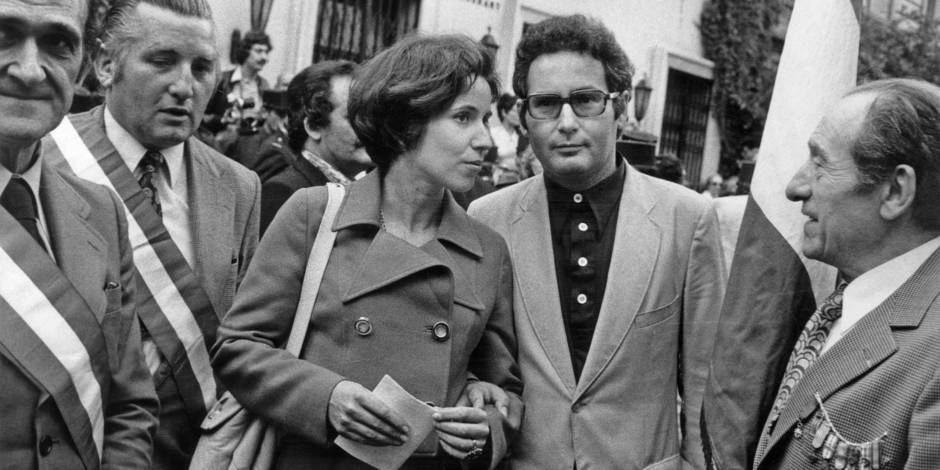 Don’t miss the Behind the Scenes video of the Klarsfelds just here and the pictures of the conference just here!!!

The trajectory and commitment of Serge and Beate Klarsfeld are a real obstacle course. The holocaust survivor Serge Klarsfeld met the young German Beate Kunzel in 1960, in Paris. Together, they dedicated their life to hunt down the former Nazis, with the strong will that no one will ever forget the Holocaust crimes. From France to Latin America, through Germany and Austria, they have, more than once, helped to convict Nazi war criminals.

Today, their commitment remains intact, thanks to their association “Fils et Filles de déportés juifs de France” (Sons and Daughters of Jewish deportees of France) which aims at standing up for deportees’ descendants.

Currently, an exhibition at the Mémorial de la Shoah in Paris traces the background of Beate and Serge klarsfeld in favor of the Holocaust victims and historic knowledge, against the impunity of former heads of the Final Solution and against antisemitism. During this meeting organized by the Consulate, Beate and Serge Klarsfeld will go over their exceptional background and share their thoughts with the audience on the current rise of populism and the increase of anti-Semitic acts.

In this context, in March 2018, the government laid out a national plan against racism and antisemitism which is built on four main points: fighting hate on the Internet, educating about prejudice, protecting citizens and supporting the victims.

The Consulate general of France in New York thanks the airline “La Compagnie” that made this event possible, through their support and the partnership we built together. 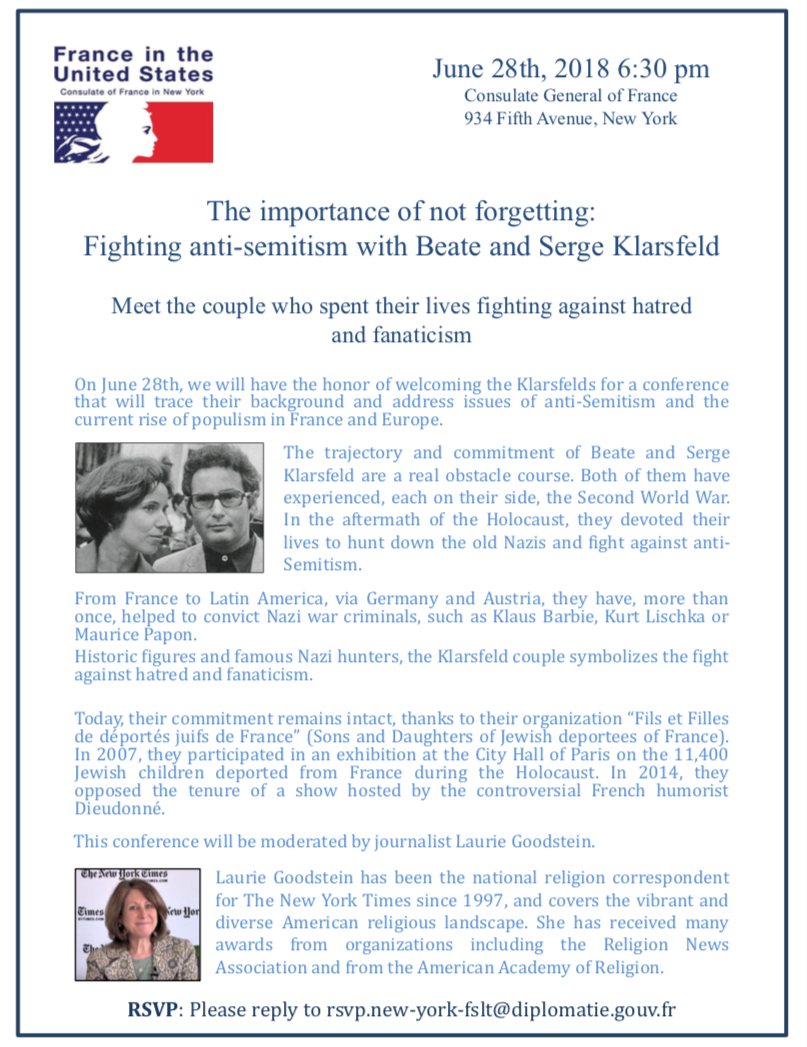