Upon the invitation of the German consulate, France participated for the first time in the Steuben Parade. 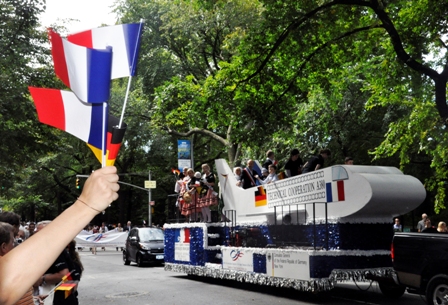 Before the parade started, a reception was organized at the Consulate General of France to celebrate Franco-German friendship, on the occasion of the 50th anniversary of the Elysée Treaty. 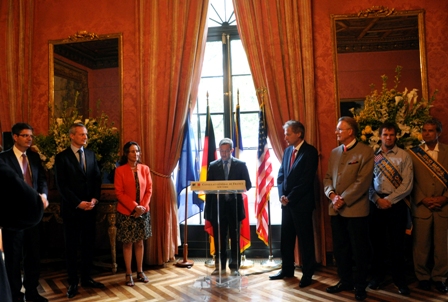 The Committee of French Speaking Societies (Comité des Associations Françaises, CAF) had gathered French associations and schools, as well as many fellow citizens, to march on iconic Fifth avenue.
The French ambassador to the United States, M. François Delattre, and the Consul General of France in New York, M. Bertrand Lortholary, opened the procession with their German counterparts. They were joined by Ms. Ségolène Royal and Mr. Bruno Lemaire, who happened to be in New York the same day. 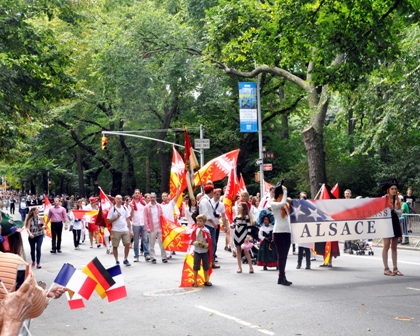 We thank all participants for this festive and friendly day!