President François Hollande received on September 19th the World Statesman Award at the 51st Annual Appeal of Conscience Foundation Dinner "for his leadership in safeguarding democracy and freedom in a time of terrorist attacks".

President of France, François Hollande was awarded "for his leadership in safeguarding democracy and freedom in a time of terrorist attacks and for his contribution to global stability and security" with the World Statesman Award at the 51st Annual Appeal of Conscience Foundation Dinner in New York.

He received the award from the hands of Rabbi Arthur Schneier and Henry Kissinger, former State Secretary.

Each year in September, the Foundation gives out the "World Statesman" Award to a politician. This award honors leaders who support peace and freedom, the promotion of tolerance, human dignity and human rights, defending these causes in their country and working with other world leaders to build a better future for all. 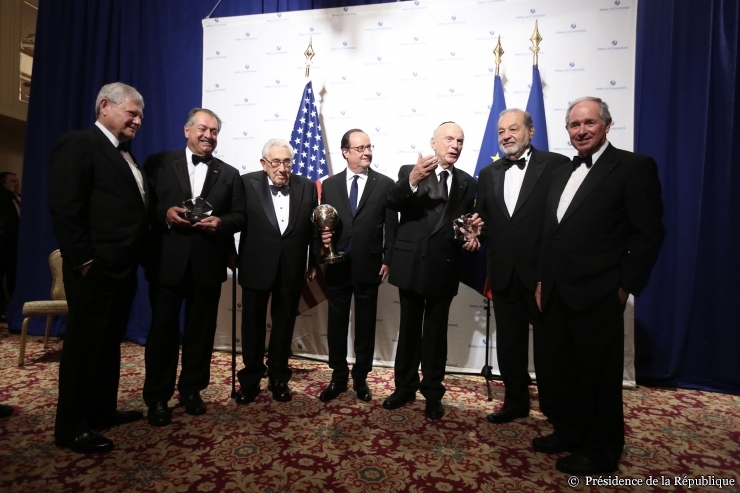 The Appeal of Conscience Foundation

The Appeal of Conscience Foundation, founded by Rabbi Arthur Schneier in 1965, has worked on behalf of religious freedom and human rights throughout the world. This interfaith coalition of business and religious leaders promotes peace, tolerance and ethnic conflict resolution. The Foundation believes that freedom, democracy and human rights are the fundamental values that give nations of the world their best hope for peace, security and shared prosperity. 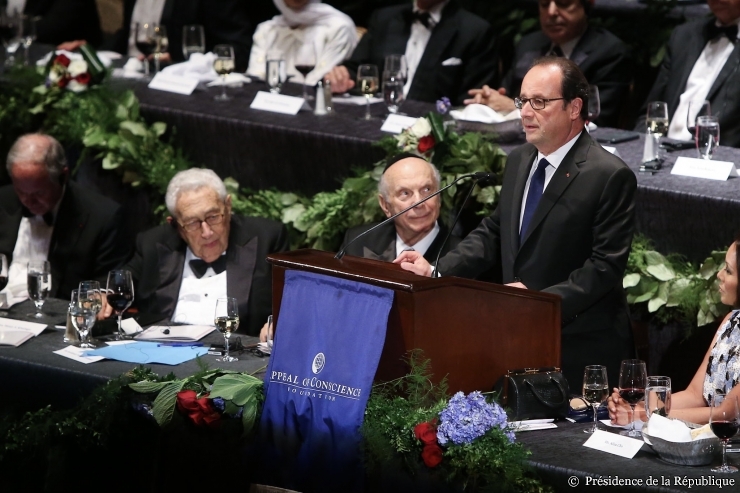