Home > Events > Outside of the Consulate > French Cinema, a guest of honour at the New York Film Festival

French Cinema, a guest of honour at the New York Film Festival

The New York Film Festival has revealed the main slate of the 52nd edition: 30 features including 12 French films and co-productions. This selection combines the most significant films of the year from a wide range of filmmakers and film styles. 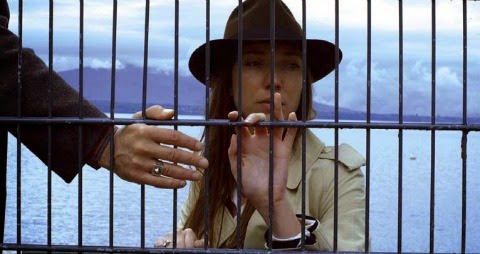 Many of the French films in the lineup were included in the official 2014 Cannes Film Festival selection, such as the new Jean-Luc Godard’s Goodbye to Language, winner of the Cannes Jury Prize, Olivier Assayas’s Clouds of Sils Maria, or Lisandro Alsonso’s Jauja. The NYFF main slate lineup also includes the latest movie from the late Alain Resnais, Life of Riley, which took the Berlin International Film Festival’s Silver Bear Alfred Bauer Prize.

Bertrand Bonello’s Saint Laurent, Mathieu Almaric’s The Blue Room, and the French-Italian coproduction Misunderstood by Asia Argento will all have their North American premieres. New York audiences will also have a chance to see Two Days, One Night from the Dardenne brothers before its American release. The NYFF will also see the U.S premiere of various French co-productions, such as Eugène Green’s La Sapienza, Abel Ferrara’s Pasolini, and Timbuktu by Abderrahmane Sissako, which took the Ecumenical Jury Prize at the last Cannes Film Festival. Finally, the long-awaited film from Mia Hansen Løve, Eden, about the influential 1990s electronic music movement French Touch, will have its U.S. premiere just after its world premiere at the Toronto International Film Festival.

Four other French Films has been also selected for the NYFF in differents sections :

The full schedule can be found here.