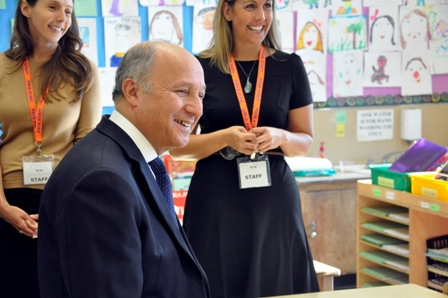 Six years ago, the large French community in Brooklyn urged Carroll School Director Giselle McGee to incorporate French language learning into the curriculum. At the program’s inception, DLP professionals represented only 6% of the workforce, while now they represent 34%, and the current DLP team is made up of 350 students, 12 teachers, a coordinator, and a bilingual education counselor.

Created by parents with the support of the Cultural Services of the French Embassy and the New York City Department of Education, the first DLP class opened in 2007, with 24 students and one teacher, and the following year, the need was so great that three more DLP classes were added. Six additional public schools, two of them middle schools, now offer bilingual programs. Education officials project that more bilingual schools and a bilingual high school will open in the future.

Both fluent French speakers and fluent English speakers enter the Dual Language Program (DLP) in kindergarten, and students are encouraged to stay with the program through fifth grade. Two classes in each grade from kindergarten through fifth are taught in a French and English, allowing students to become multi-cultural and bilingual over the course of their studies. 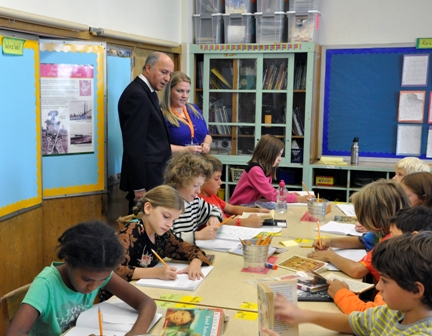 Bilingualism has been found to increase mental flexibility, creativity, problem-solving skills, and math ability, and studies show that bilingual students score higher than non-bilingual students on standardized tests. While the DLP program at The Carroll School represents great gains in foreign language learning, French officials say that the 22,000 francophone children in New York City would benefit from even more bilingual education programs.

According to Antonin Baudry, Cultural Counselor of the French Embassy, “The French Embassy actively seeks to promote bilingual education through its expertise, financial support, workshops, and programs that bring French teachers to the U.S. We believe that all students deserve access to a bilingual education, so they may grow into cosmopolitan and culturally aware citizens with the invaluable tool of another language in their pockets.”