French language in the United Nations 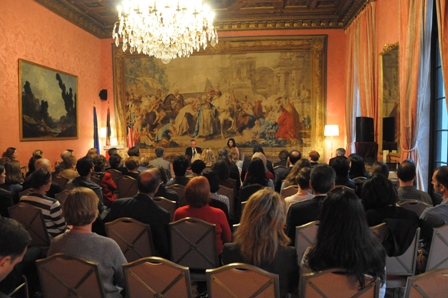 Pictures of the conference 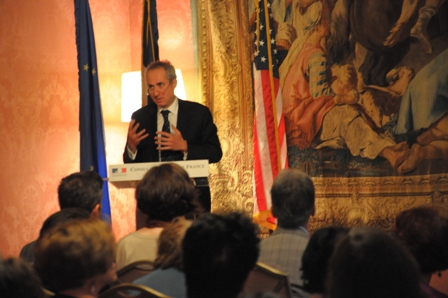 Stéphane DUJARRIC has been Director of the News and Media Division in the United Nations’ Department of Public Information since March 2011. In that role, he oversees the UN’s television, radio and Internet operations. He joined the UN in 2000 as Deputy Spokesperson for UN Secretary-General Kofi Annan and was then named Spokesperson in 2005. After Kofi Annan left, Stéphane Dujarric worked as Deputy Communications Director for Secretary-General Ban Ki Moon. In 2009, he was named Senior Advisor and Spokesperson at the UN Development Programme (UNDP). Before joining the UN, Mr Dujarric worked for ABC News for close to ten years, in New York, Paris and London.

Margaret BESHEER has been Voice of America’s United Nation’s correspondent since 2008, covering stories from headquarters in New York and in the field. She has also reported for VOA from Iraq (2006-07) and covered the 2006Lebanon war. Prior to joining VOA in 2002, Margaret Besheer spent a decade as a print journalist in Beirut, Lebanon, and Washington, D.C. She is co-author of Cultures of the World: Saudi Arabia (Times Publishing, 2003). She was born and raised in Brooklyn, New York.

Conferences@934 is a series of monthly conferences organized by the Consulate general of France that brings together two leading experts, one French and one American, who share their analyses on international issues.
More information: http://www.consulfrance-newyork.org