Home > French performing arts are off to a great start in 2017!

French performing arts are off to a great start in 2017! [fr] 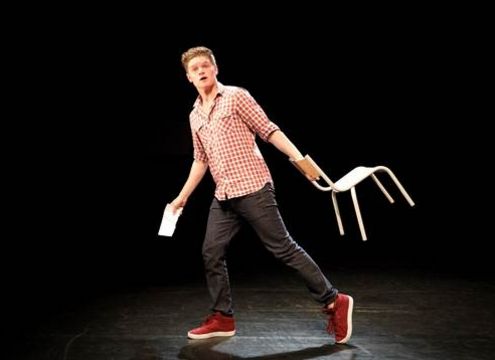 From January 6 to January 15, as part of the Kids Trail initiative, the New Victory Theater will feature an English version of Oh Boy !, staged by Olivier Leteuille, at the Duke on 42nd street. The play received the Molière award for best young public production and was adapted from the eponymous novel by Marie-Aude Murail, which tells the story of Balthazar, 26, who finds himself depending on his half brother and sisters.

French Highlights will also feature La Mélancolie des Dragons by Philippe Quesne, presented by the Kitchen from January 10 through January 14. A New York premiere, this visual and acoustic creation recounts the story of a group of hard-rock musicians who spend a night in a snow-covered forest.

The festival will also include UFE (UNFILMEVENEMENT), a movie by César Vayssié, shown on January 7 as part of the Museum of the Moving Image’s “First Look” series. Lastly, do not miss out on great music by French Quarter and Winter JazzFest!