Get your tickets for the "Interceltic New York" festival [fr]

To celebrate St. Patrick’s day this year, BZH New York and Festival Interceltique de Lorient are teaming up to host a Fest Noz like this city has never seen. The evening will kick off with an exciting concert and close with a "Fest Noz" with live music and traditional Breton dances.

Music from Brittany and other musicians from celtic nations

With the Consulate promo code "FRCONSULATE", purchase your tickets right away with for a great discount.

Every year it’s the same song and dance. Just like the Pied Piper, this inter-Celtic parade mesmerises the crowd, assembled here to celebrate an inter-Celtic night at the Moustoir stadium or in the fishing port, to the sound of the Scottish and Spanish bagpipes that fill the air. Around 200 events and shows and 5000 performers on the bill. 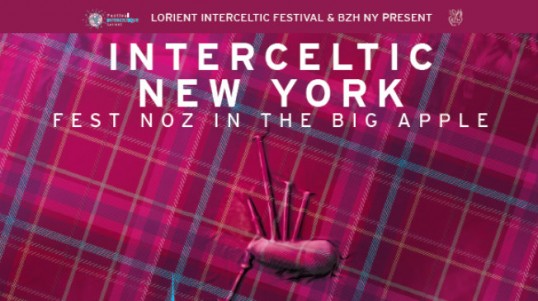 More informations about the event