Goût de/Good France, a huge celebration of French gastronomy in France and worldwide, is back for its sixth edition from April 15th to April 19th!

In light of global developments due to the COVID-19 pandemic, the Good France operation, due to be held on 16 April 2020, has been postponed until Spring 2021.

Over the years, Goût de/Good France has become an essential gastronomic event, and 2020 is no exception, as it promotes France around the world by combining tourist attractiveness, international promotion of products and emblems of French culinary heritage.

This unique global event will take place on Thursday 16 April 2020. Once again this year a dinner à la française will be held in the embassies and consulates of more than 150 countries and in several thousand restaurants throughout the world. In order to establish its commitment to global environmental action (in 2019, a white paper on sustainable gastronomy was released worldwide), Goût de/Good France 2020 will once again place sustainable gastronomy at the centre of this new edition. 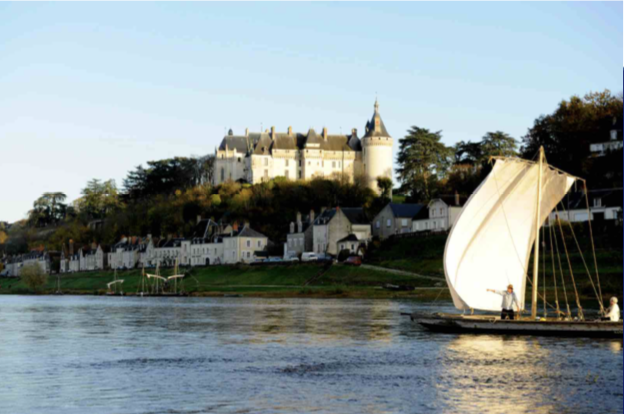 After Nouvelle Aquitaine and Provence, Goût de/Good France will feature Centre-Val de Loire in a series of events in France and abroad. In many ways, the gastronomy of Centre-Val de Loire epitomizes the art of living à la française. It was in that region, in Tours, that ten years ago the European Institute for the History and Cultures of Food initiated and promoted the inscription of the Gastronomic Meal ofthe French on UNESCO’s Intangible Cultural Heritage of Humanity list.

In partnership with the Centre-Val de Loire Regional Council and Regional Tourism Committee, the region will make gastronomy the focus of its 2020 “Nouvelles Renaissances” Cultural and Tourism Season. The region would like to present to the entire world this special relationship with regional products and gastronomy intrinsic to the landscapes in the heart of France and the Loire Valley in Goût de/Good France events.

A Chef ambassador along the riverbanks of the Loire: Christophe Hay 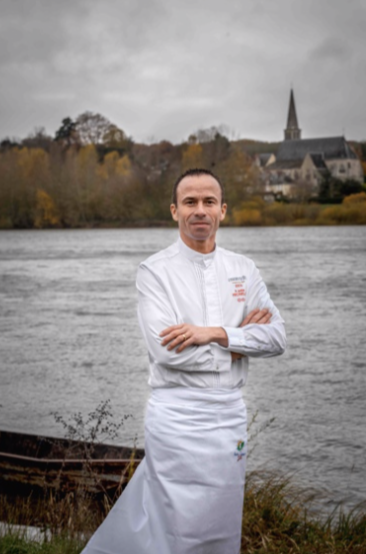 Christophe Hay, the two-Michelin-star chef of La Maison d’à Côté in Montlivault in the Loir-et-Cher is this year’s ambassador of the sixth edition of Goût de/Good France that showcases the gastronomy of the Centre-Val de Loire Region. Trained under Paul Bocuse for whom he brought the pride of French cuisine to the United States for five years, he is very dedicated to transmitting culinary culture and a leader of the sustainable gastronomy movement, which draws inspiration from the idea of a nourishing earth. “When I think of my Loire Valley, a flood of images fills my mind: the river, creeks and ponds, forests, fields and vegetable gardens, farms, vines, wild fauna and flora,” explains this chef who loves nature and sharing the riches of the place where he is from: the Garden of France.

Freshwater fish caught directly in the Loire, Wagyu beef of local livestock and home-grown vegetables from his permaculture garden: through his modern cuisine, in which the respect for the land is omnipresent, Christophe Hay is first and foremost an ambassador for all things local who can masterfully re-interpret dishes derived from historical cultural heritage, with contemporary flair. He invites us to discover this region’s cuisine throughout this year’s Goût de/Good France.

The gastronomic meal of the French is celebrating the tenth anniversary of its inclusion on the UNESCO list!

This sixth edition of Goût de/Good France will be marked by the tenth anniversary of the inscription of the Gastronomic Meal of the French on UNESCO’s Intangible Cultural Heritage of Humanity list. On 16 April, this heritage and this French customary social practice will be spread well beyond its borders, in its uniqueness and its diversity. By bringing together nearly 350,000 people to enjoy thousands of dinners à la française, Goût de/Good France proudly shares the values of French gastronomy each year.

A single website listing thousands of “Dinners à la française” and moments of sharing around the world.

Chefs from all over the world are now invited to sign up on www.goodfrance.com. In order to together promote French gastronomy on 16 April next, restaurants must follow a simple rule: compile a four-course menu which promotes the full diversity of French gastronomy, with each chef free to choose their menu according to the local market and seasonal produce. Culinary schools, which play an essential role in passing on French culinary heritage, will once again, for the third year in a row, be associated with the Goût de/Good France operation.

From January 2020, leaders of gastronomic projects and local food and drink retailers that adhere to the values of Goût de/Good France will be invited to propose their shared events and conviviality à la française on the “Events” section of the goodfrance.com website.

The national and international calendar of events will be issued shortly.

Launched by the Ministry for Europe and Foreign Affairs and chef Alan Ducasse in 2015, Goût de/Good France celebrates the gastronomic meal of the French in 156 countries across five continents by organizing in a single evening thousands of dinners in restaurants around the world and in French Embassies abroad. In five years, Goût de/Good France has become one of the world’s foremost gastronomic events, and its success is growing each year.

About the Centre-Val de Loire region

The Centre-Val de Loire region is visited by over 9 million tourists every year who enjoy its natural areas, the heritage gems which have been UNESCO World Heritage Sites for 20 years, and 5000km of cycle paths, making it France’s most popular region for tourists on bikes. Over a million cyclists took to the Loire’s cycle paths in 2019. The region has a rich heritage and a creative and innovative spirit while always paying close attention to its natural environment. This is the source of the values of its cuisine, based on authentic products, links with local producers and seasonal produce.