In addition to participating restaurants, French embassies will mobilize on March 21 by organizing a Goût de France/Good France dinner on their premises. In many countries, consular and cultural networks will also advertise this unprecedented event. Thanks to this commitment, Goût de France/Good France dinners will be organized on the same evening in 150 countries. Today, we introduce you to one of the seven restaurants participating in New-York: Le Madison. 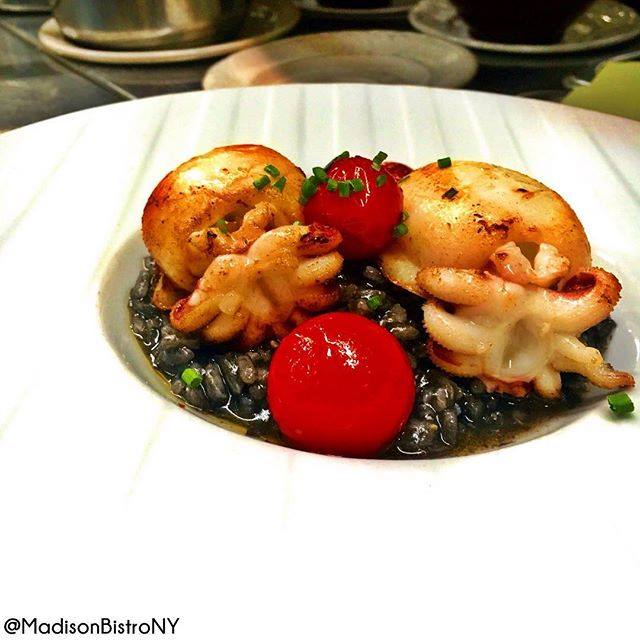 Madison Bistro is one of those cozy French restaurants with an elegant setting and fine cuisine. Classic recipes are usually served with a modern twist and will be appreciated among family and friends.

The restaurant’s Chef, Claude Godard, discovered food and the art of cooking thanks to his family composed of prominent chefs including his grandfather, Gaston and his father, Jean-Claude. Godard made a name for himself in France early in his career by working with some of Paris’ most renowned chefs, including Alain Dutournier and Jean-Pierre Vigato, and in some of Paris’ most renowned restaurants, including Lasserre. Godard came to the U.S. in 1998 with the mission of making high-quality traditional French cuisine. After falling in love with the dynamic energy and diversity of New York, he decided to open Madison Bistro. In 2003 Godard was asked to become a member of Maitres Cuisiniers de France, joining the ranks of the world’s most renowned French chefs and in 2008, he was inducted into the prestigious Académie Culinaire de France.

Since 1998, Madison Bistro has provided a comfortable, yet elegant dining experience for loyal neighborhood regulars, out of town guests, businessmen and women and anyone else, really.

Click bellow to see the menu of the evening: