Heritage of the Consulate [fr]

The Consulate General of France in New York testifies to the rich heritage of French diplomatic posts. The main building is the work of architects Alexander Walter and Leon Gillette, who designed this five floor residence in 1926 on commission for a wealthy financier, Charles E. Mitchell, a former factory worker for Western Electric who became the CEO of National City Bank (today’s Citibank). The imposing building, whose façade is made of limestone, stretches out around ten meters wide on to Fifth Avenue and faces Central Park.

On the inside, a big spiral staircase takes visitors from the entry hall, composed of a marble trompe l’oeil, up to the rooms of the second floor.

The Salon Rose (Pink Room), the principal reception room situated to the right of the staircase, welcomes receptions, conferences and galas. 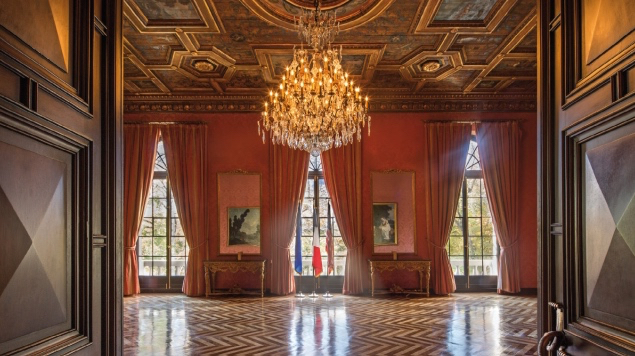 The Salon “cheminée” (Chimney Room) which lies directly at the top of the staircase. 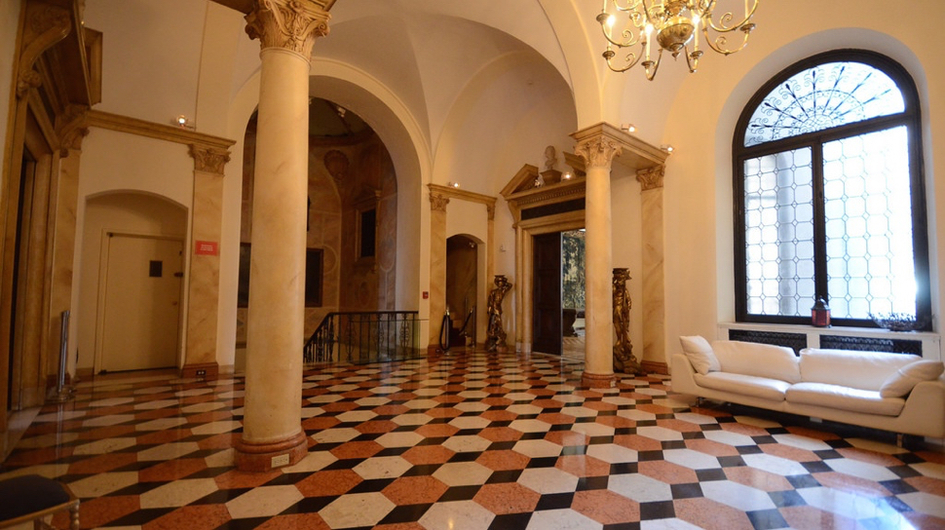 The Salon “chapelle” (Chapel Room) to the left of the staircase permit for many guests to be received for larger events. 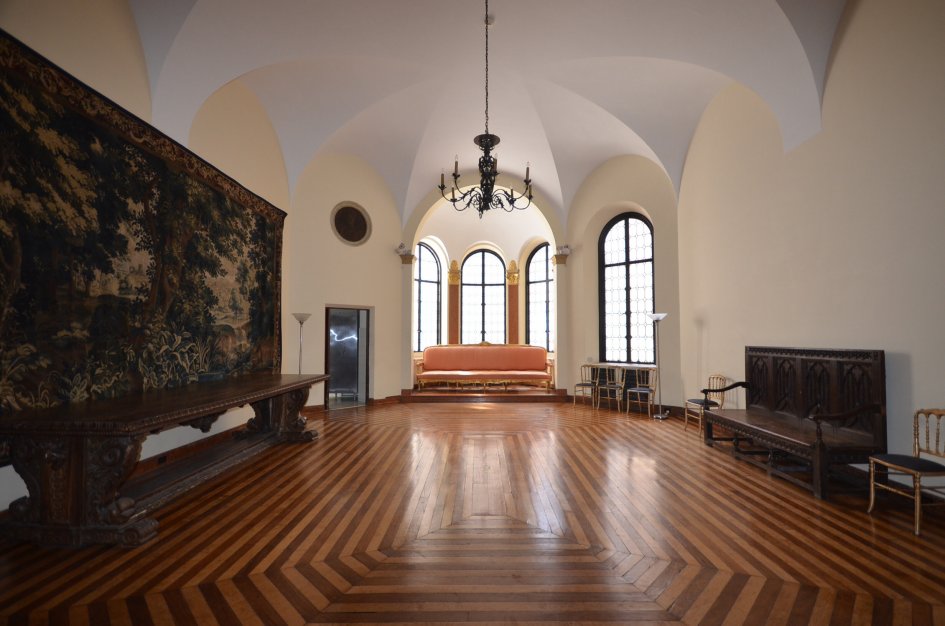 The magnificent tapestry hanging in the Salon Rose illustrates a scene from the Book of Esther in the Old Testament which is a Book that traditions date to 600 B.C. In this scene, the King Ahasuerus decides to honor Mordechai (the uncle of Esther) to thank him for having foiled a plot against him; Mordechai is led in pomp and circumstance on to the streets of Babylon, riding the King’s horse and dressed in royal regalia. This moment corresponds to the Jewish holiday of Purim. This impressive tapestry (7.4 meters high and 4 meters wide) by Jean-François de Troy is from the prestigious Goeblins manufacture and dates from the 18th century. To learn more on the history of the tapestry, click here . 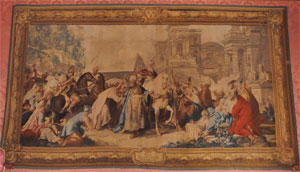 Among the other works of art which adorn the Consulate General are many paintings: Le Lac (The Lake) by Hubert Robert, 1768; Louis, dauphin de France (Louis, heir apparent of France) by Louis Tocque, 1739 (this painting is a replica of the original which is currently at the Louvre); L’enfant réconnaissant (The Grateful child) by Henritette Lorimier, 1810, and a 17th century Italian School landscape. To learn more about the works of art, click here . 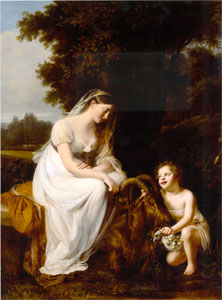