On Monday April 8th 2013, the Consul General of France, Mr. Bertrand Lortholary, was invited to participate in a ceremony of commemoration of the Holocaust at the Ramaz Upper School. This commemoration was the occasion to put an emphasis on a still vivid and painful episode of the Jewish exile from Nazi Germany.

In May 1939, 937 refugees embarked on a German transatlantic, the MS St. Louis, sailing away from the Nazi regime. They were unfortunately denied entry to Cuba and to the United States. When the boat came back to Europe, the refugees were finally granted the right to exile in France, the United Kingdom, Belgium and the Netherlands. 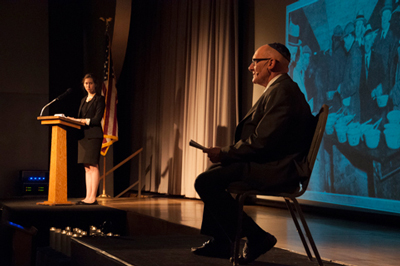 Last Monday, diplomats representing those four countries attended the ceremony at the Ramaz Upper School. They were awarded an honorary plaque. This ceremony also helped remind us that a quarter of these refugees ended up victims of extermination camps . 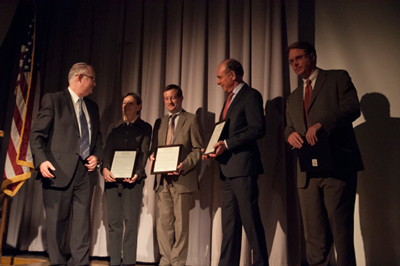