Home > In July we celebrate one national holiday after another… but how close are (...)

In July we celebrate one national holiday after another… but how close are they, really? 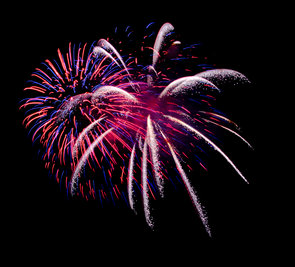 Only 10 days separate the commemoration dates of the French and the American revolutions. Celebrated on both sides of the Atlantic, these revolutions are closely related. A brief review of the birth of two young republics which share the same colors.

On the 4th of July 1776, the representatives of the 13 British colonies reunited in Washington and declared their independence. It is the beginning of a conflict with Great Britain that will last seven years, until it is recognized by the British crown in 1787. Less than two years later, it is France’s turn to rise up against the Old Regime after an unsuccessful gathering of the Estates-General. The “Storming of the Bastille”, which gave its name to the “Bastille Day”, marks the birth of a new era.

Beginning with the Philosophers of the Enlightenment, the French and American revolutions have influenced one another. The colonies of the New World considered France an indispensable ally in their quest for freedom. Lafayette and Rochambeau were the French heroes of Independence. After delivering weapons to the Americans, French intervention took form of a direct clash with the British on February 6, 1778, as a result of the mutual efforts of Vergennes and Franklin in Paris. The winds of liberty were now blowing from the other side of the Atlantic – to take over France…

Only a century later, however, will the dates of the 4th and the 14th of July be declared national holidays. The rise nationalist feelings encouraged the apparition of patriotic symbols. It is only in 1870 that the 4th of July became Independence Day. And a whole decade later, in 1880, will the date of July 14 be recognized in France. And yet, it is not the Storming of the Bastille which is celebrated. When Deputy Benjamin Raspail handed in his law proposition on May 21, 1880, the date of July 14, 1789 was considered too bloody an event. It is thus the commemoration of the “Fête de la federation”, – the Holiday of the Federation of July 14, 1790, – which won the vote. After the holidays of Saint-Louis and Saint-Napoleon (1806), France finally had her national holiday.

Where to celebrate Bastille Day in NYC ?

All the picture of Bastille Week.