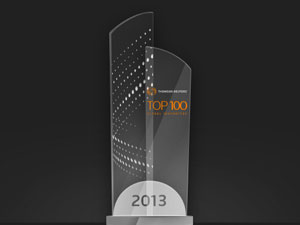 For the second year in a row, French firms have been rewarded for their innovative performance. Twelve French companies were ranked among the one hundred most innovative organizations in the world, in a list published by the Thomson-Reuters information group on October 2013. This places France at the third rank, behind the United States and Japan.

The study praises France’s innovation policies, and more specifically the research tax credit. “The three countries with the highest ranking are those whose governments have long decided to stimulate innovation, particularly through tax breaks”, explained Dominique Ducay, intellectual property specialist and Director of Strategy and Business Development at Reuters.

The Reuters ranking is based on the overall volume of patents, but also the acceptance rate compared with the number of applications, the geographical scope of the patents and their visibility.