Innovation : The Number-One Priority in France 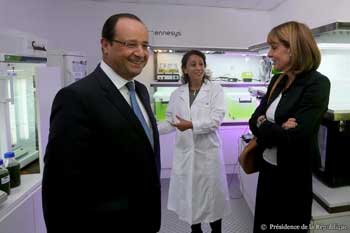 France was recently ranked in the global top-three for innovation by the 2013 Thomson-Reuters award of the most innovative companies in the world. To promote such a favorable ecosystem, the French government multiple initiatives to support innovation and to improve France competitiveness.

Recently, the French President François Hollande has launched an Innovation Challenge with a $412 million fund to co-finance innovative projects from the best talents worldwide. “Together, we can,” said Anne Lauvergeon, Chair of the Innovation 2030 Commission. The Chair, under the aegis of Arnaud Montebourg, the Minister for Industrial Renewal, identified seven strategic goals based on pressing concerns to attract the world’s champions of Innovation. In completing their projects in France, entrepreneurs will contribute to its economic growth. As Arnaud Montebourg says: “Come join us and build the future in France!" 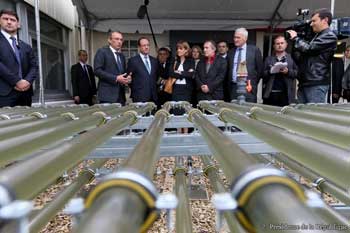