Jean-Marc Ayrault met with startups of the FrenchTech

On September 23rd, 2016, Jean-Marc Ayrault met with startups of the French Tech in New York in the offices of Datadog to talk about entrepreneurship and the support provided by France to the French startups in the US and worldwide. 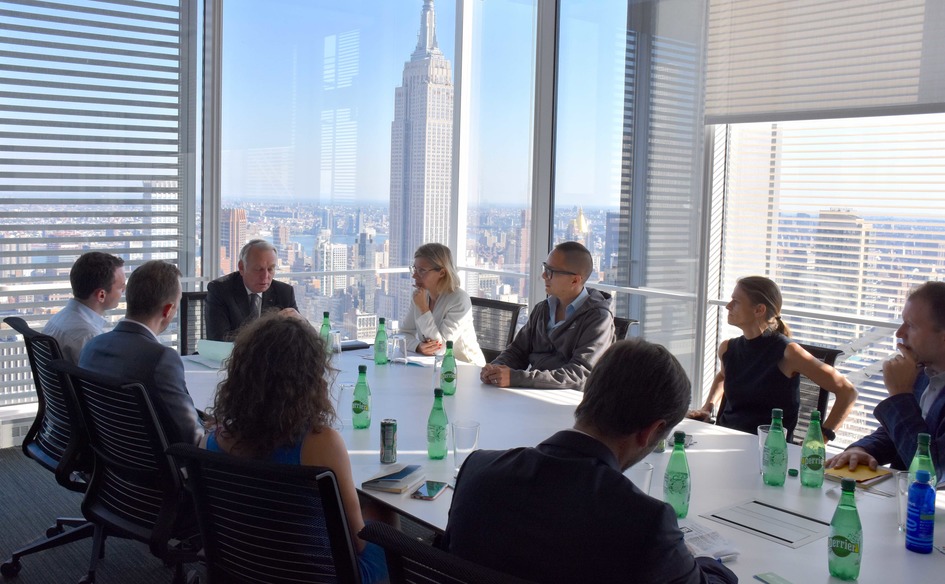 Jean-Marc Ayrault met with 6 startups that are part of the French Tech New York on the 45th floor of the tower of the New York Times, in the offices of the start-up Datadog.

Among the guests were:

Alexis Lê-Quôc and Olivier Pomel, founders of Datadog, a startup specializing in the supervision of infrastructure and IT applications. With its "cloud" service, it enables companies of all sizes to manage their business on the internet.

Laetitia Gazel Anthoine, founder and CEO of Connecthings, the European leader in the NFC tag ( "Near Field Communication" for exchanging data within 10cm between two devices equipped with this device), QR codes (barcode squares) and IBeacon management systems (geo tag working on the same principle as wi-fi).

Caroline Keeley, VP of Operations of Algama US, this young French Foodtech company offers a new healthy diet based on the unique potential of microalgae.

Henri Baïssas, Director of Business France in North America was also present at the round table.

Start-uppers talked about the challenges of creating a business in the United States, the differences between the two countries in terms of culture, work but also taxes and investment. The Minister stressed its commitment to the development of start-ups and the French Tech on French soil with the next opening of the largest start-up incubator in the world in the Halle Freyssinet in Paris. 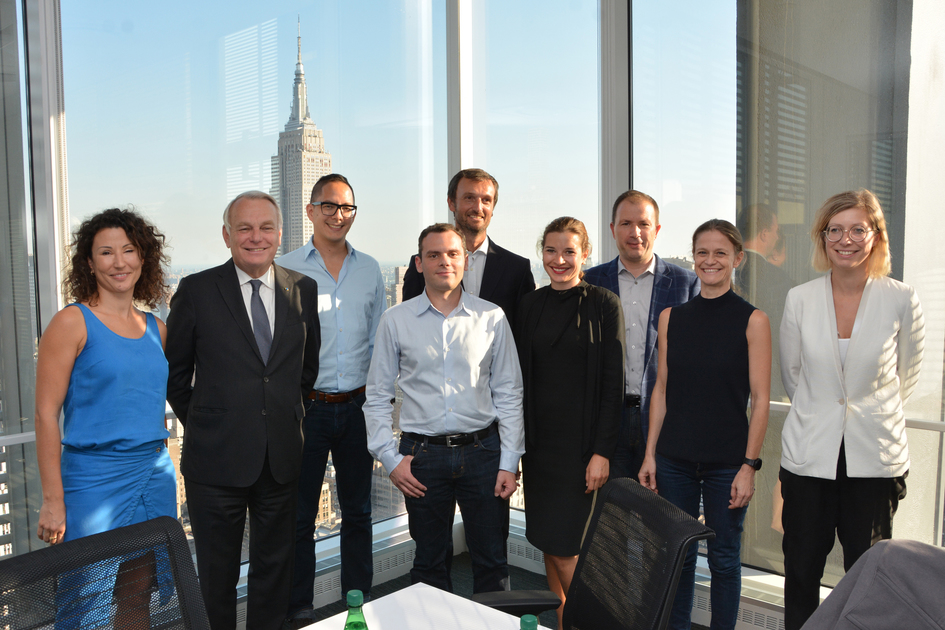 Discover all the pictures of the roundtable on our Flickr.