Jean-Marc Ayrault declared : «France will never forget what happened here fifteen years ago. We will also never forget the solidarity expressed by American people when France faced terrorist attacks in the past months. France is the United States oldest ally and will always stand firmly together to defend liberty and democracy. This survivor tree is the symbol of hope for all of us. Democracy and freedom will always prevail.»

Hundreds of trees grace the plaza of the 9/11 Memorial, but one is unlike the rest. A Callery pear tree became known as the "Survivor Tree" after enduring the September 11, 2001 terror attacks at the World Trade Center. In October 2001, the tree was discovered at Ground Zero severely damaged, with snapped roots and burned and broken branches. The tree was removed from the rubble and placed in the care of the New York City Department of Parks and Recreation. After its recovery and rehabilitation, the tree was returned to the Memorial in 2010. New, smooth limbs extended from the gnarled stumps, creating a visible demarcation between the tree’s past and present. Today, the tree stands as a living reminder of resilience, survival and rebirth. 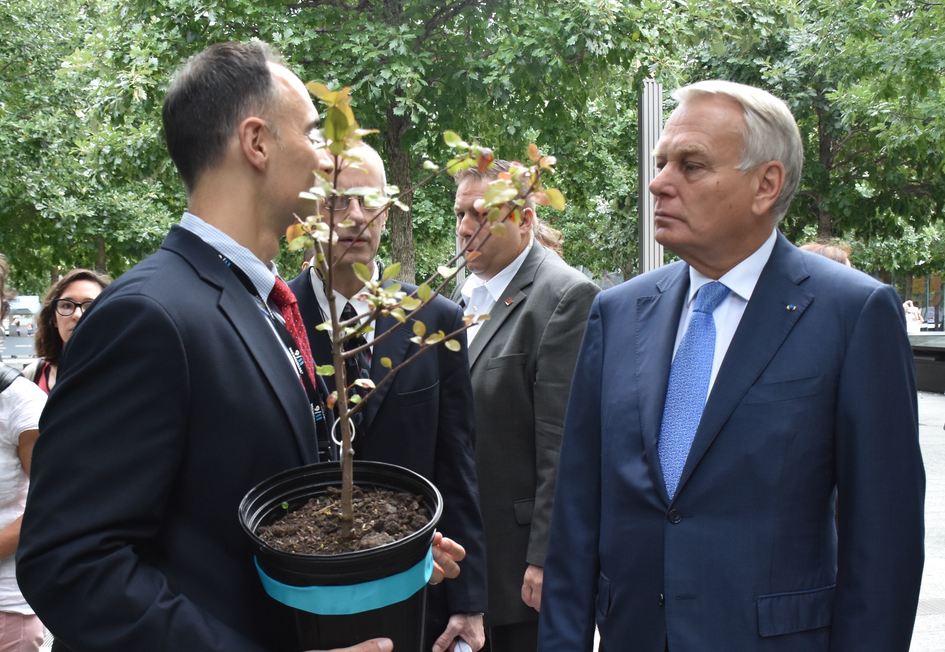 Fruit from the Survivor Tree were harvested in the fall of 2011 by Bartlett Tree Experts. In the summer of 2013, the students of John Bowne High School in Flushing, Queens, New York, took custody of the seedlings and have continued to care for them. The project is a learning experience for the students, teaching about the agriculture of the trees and the history of 9/11.

A recipient of a Survivor Tree Seedling is a community affected by tragedy, whether natural disasters, or senseless acts of mass violence that occurred after September 11, 2001, whose recovery and resilience represent the spirit of the Survivor Tree, and is located in an environment suitable for a Callery pear tree to thrive.

The program launched on September 11, 2013. The inaugural recipients were Far Rockaways, NY, for the impact sustained from Superstorm Sandy in 2012, Prescott, AZ, in honor of the fallen members of the Granite Mountain Hotshots, an elite firefighting squad that lost 19 men on June 30, 2013, the highest number of American firefighters killed in a single incident since September 11, 2001. Boston, MA, in honor of the three killed and many injured in the bombing of the Boston Marathon on April 15, 2013. 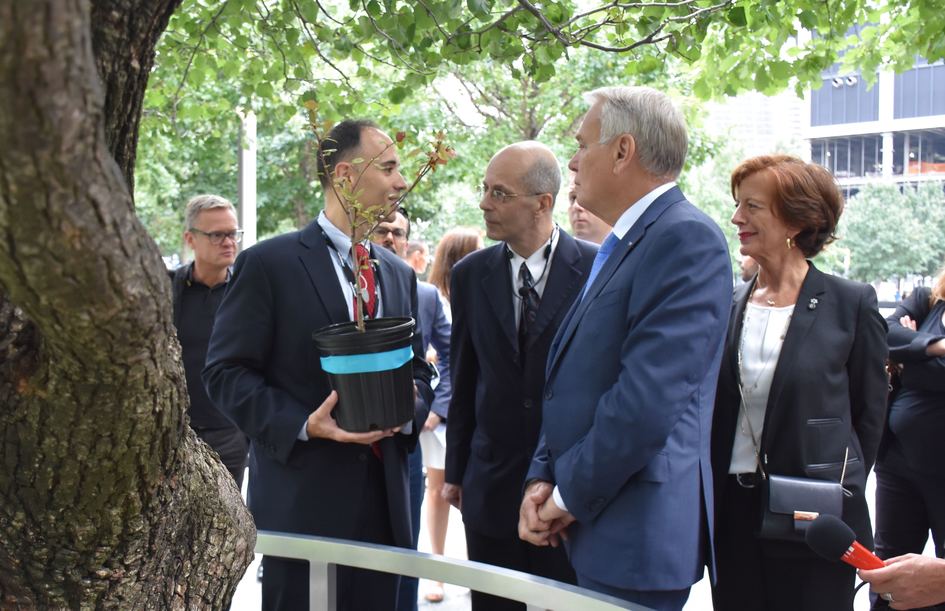 During the ceremony, Jean-Marc Ayrault symbolically handed over a letter written by Joseph-Marie Callery on October 28th, 1842 to the 9-11 Memorial. Indeed, the tree given to France is of the Callery Pear species - Pyrus calleryana, originally from Korea and Japan. This tree gets its Latin and English name from French missionary and sinologist Joseph-Marie Callery who brought it back from China in 1858. 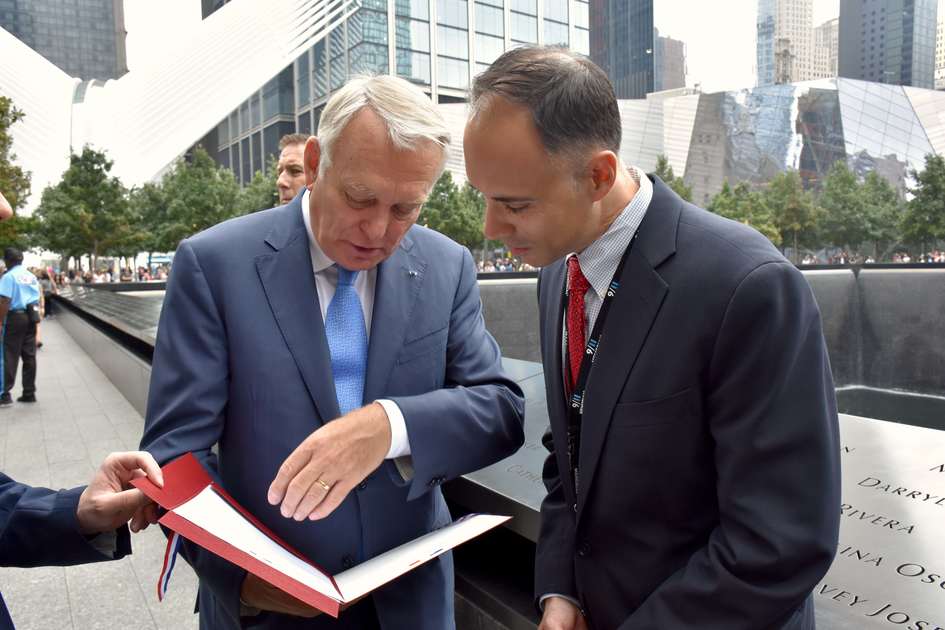