Home > L’Hermione is in New York from July 1st to 4th!

L’Hermione is in New York from July 1st to 4th! 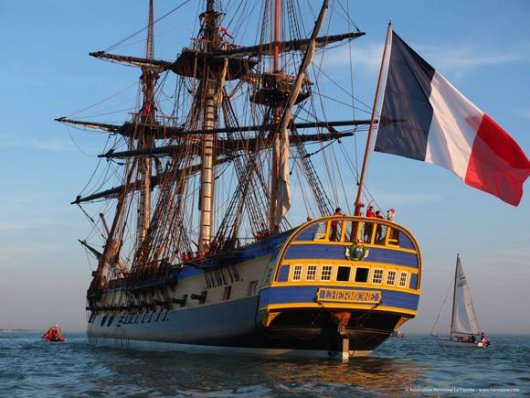 Since July 1997, the Association Hermione-Lafayette has been working to reconstruct an exact replica of the ship l’Hermione, which brought General Lafayette to the United States in 1780, where he joined American insurgents in their fight for independence.

For the association that initiated this long-term project, "the reconstruction of an 18th-century ship will provide a testimony of French naval history as well as represent a symbol of Franco-American friendship through a vessel whose name is attached to a historic figure, Lafayette, who embodies France’s support to the United States."

After 17 years of construction, the ship passed its first sea trials in July 2014 in Charente, and has begun, with the help of 200 volunteers, its voyage across the Atlantic on April 18th. You will discover on this map the different stops that l’Hermione will make along its voyage. 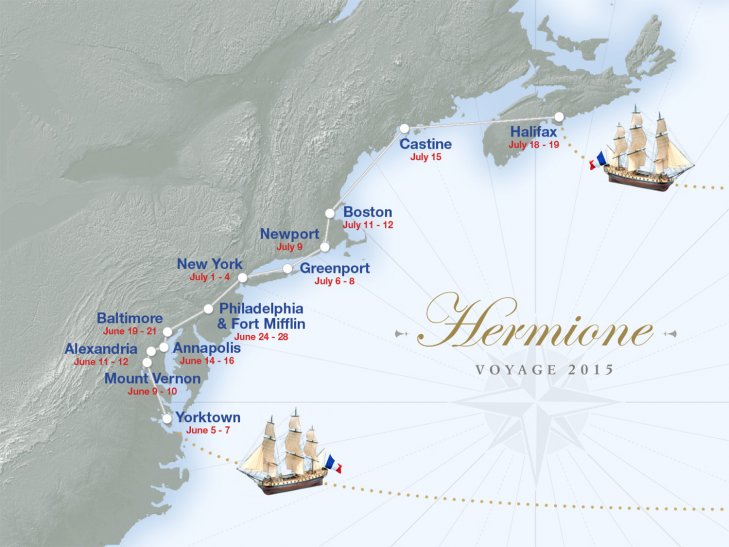 Pictures of the arrival of l’Hermione in New York

Letter from President Obama about the Hermione.

And it’s here! The Hermione has arrived!