Exclusive dinner series from the Consulate General of France features women for the very first time for its 10th edition! 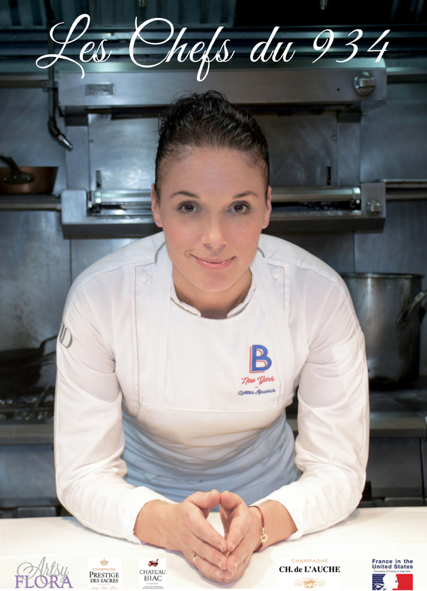 This dinner marks the first time that Les Chefs du 934 has featured a female chef and winemaker as its hosts – a timely move, given recent conversations over the past year about the importance of championing the successes of women across various industries.

“I am thrilled to host the first Les Chefs du 934 dinner of 2018,” said Rouabah. “It is a great honor to be one of the first women to be a part of the series, along with Yasmina Asseily. 2018 is also a big year for Benoit, as we are celebrating our 10th anniversary, and I’m excited to show the flavors and inspiration behind Benoit’s revitalized ‘Paris meets New York’ identity.”

The evening will feature a four-course dinner by Rouabah, exemplifying the best of Benoit, accompanied with wine pairings selected by Asseily from Château Biac, Champagne Prestige des Sacres and Château de l’Auche.

Les Chefs du 934 is held twice a year by the Consulate General of France, showcasing the talents of notable French chefs based in New York, as well as gifted French winemakers, in an exclusive multi-course dinner. Each featured chef and winemaker is selected by the organizing committee of Les Chefs du 934.

Executive Chef Laetitia Rouabah of Benoit stays true to the spirit of quintessential bistro fare, focusing on fresh market ingredients and utilizing sophisticated techniques to showcase the best of French classics. At Benoit, she focuses on bringing a more contemporary flair to the menu, drawing inspiration from New York’s diverse background to create familiar yet unexpected flavors. She began her career with Alain Ducasse’s restaurants since 2004, having worked at the prestigious Hotel Plaza Athénée at the renowned Relais Plaza, Alain Ducasse at The Dorchester, and Jules Verne. Prior to joining Benoit, she was the executive chef at Allard in Paris, having been hand-selected by Alain Ducasse to continue the bistro’s legacy of having generations of exceptional female chefs at its helm.

Benoit New York, Alain Ducasse’s flagship restaurant in New York City, is celebrating its tenth anniversary in 2018. The restaurant, which was renovated in 2016 to become a more modern dining destination, retains traditional French bistro elements while bringing a breath of fresh air to Midtown Manhattan with its new contemporary take on classic favorites under Executive Chef Laetitia Rouabah.

Yasmina Asseily is the owner of Château Biac in Bordeaux, France. A true multi-tasker, she works on her family’s winery, and also manages Château Biac’s sales and exports. After working in finance for nearly nine years, she redirected her career in 2013 to work full-time in her family’s wine business. Asseily has introduced Château Biac to the U.S., Germany, and Holland, and has helped its growth in markets like Switzerland, the U.K., Lebanon, and China.

The dinner is $200/person. Seats are limited. RSVP: rsvp.new-york-fslt@diplomatie.gouv.fr