This was truly an event not to be missed!

America’s Cup racing returned to New York for the first time since 1920 with Louis Vuitton America’s Cup World Series racing on May 7-8, 2016.

The New York event is one of six events planned during 2016, each featuring thrilling, high-speed competition, as six America’s Cup teams, with the top sailors in the world, vie for points that count towards the final competition for the 35th America’s Cup in 2017

The New York event was spectacular. Racing on the lower Hudson River, in front of that Manhattan skyline, was a huge hit. New Yorkers are massive sports fans and I think this was something very special: thrilling, top-level racing right in the heart of the city. It was a great event for the America’s Cup and a great event for New York.” 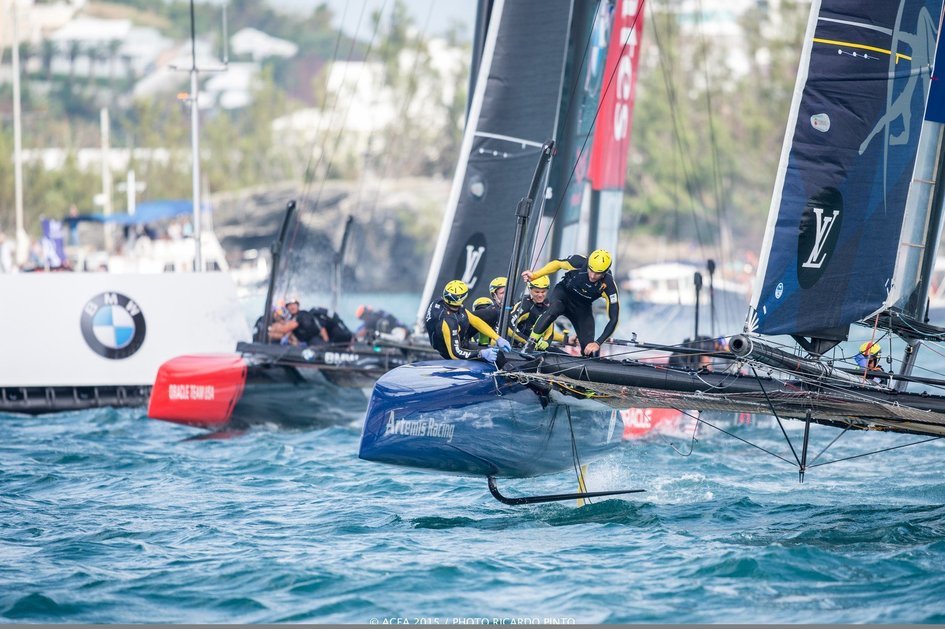 On both Saturday, May 7 and Sunday, May 8, the epicenter of the race festivities was Battery Park City and the Brookfield Place Waterfront Plaza. All races finished just off the plaza, which was home to one central event village. Thousands of spectators were expected to watch the race.

Entry to the Event Village was free and open to the public from 11:00am-6:00pm both days, featuring an exciting line-up of events and VIP hospitality.

Franck Cammas and Groupama Team France were there on their quest for the America’s Cup in Bermuda in 2017.

For more information and all the results of the races, visit their website.