Journalists were invited to meet with a dozen companies, winners of the 2015 edition and future « success stories » from the 2016 edition. 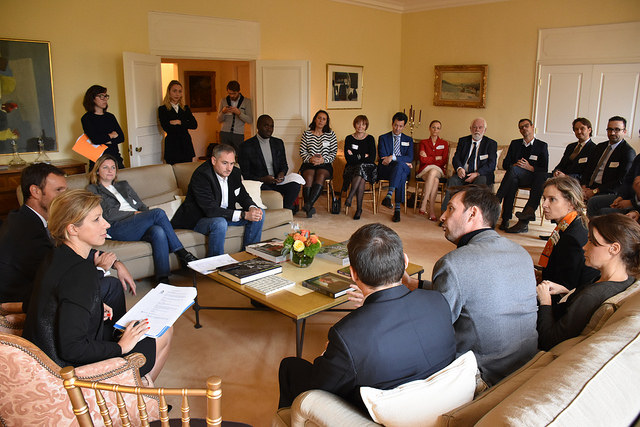 Journalists were invited to meet with a dozen companies, winners of the 2015 edition and future « success stories » from the 2016 edition. This moment offered participants an opportunity to exchange views on the issues of entrepreneurship, BioTech and BioPharma industries, and development on the American continent.

Later, during a luncheon in the Consulate’s « salon rose », another meeting took place with the French delegation from BusinessFrance, comprising 55 small & medium businesses from the Biotech and Biopharma industries, which participated in MedStartUp 2016. This event allowed attendants to take stock of the 2016 edition and ponder upon the future of these companies on the American continent.

The third edition of MedStartup came to a close on October 27. Several highlights marked this new edition.

The first French Tech event focusing on health was held in one of the most beautiful rooftops of the city, gathering 200 guests, including 120 Americans. La société Mensia (Jean-Yves Quentel) a remporté le concours Shark Tank devant un panel comprenant investisseur, serial entrepreuneur et expert e-santé. Mensia, a company run by Jean-Yves Quentel, won the Shark Tank competition, before a panel including an investor, a serial entrepreneur and an ehealth expert.

A special panel was organized with Ms. Valérie Pécresse, President of Paris region, for an informal, highly constructive exchange on the challenges and difficulties facing the companies that are part of the Medicen cluster.

A workshop was held in partnership with the European American Chamber of Commerce: regulation, fundraising, and market access were among the topics discussed, with personal stories from entrepreneurs. 65 people were in attendance. 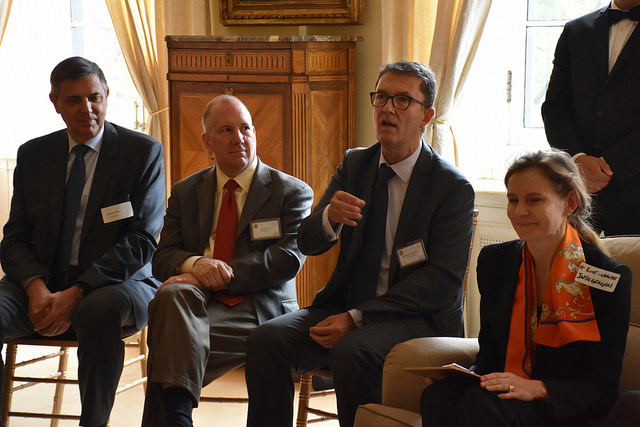 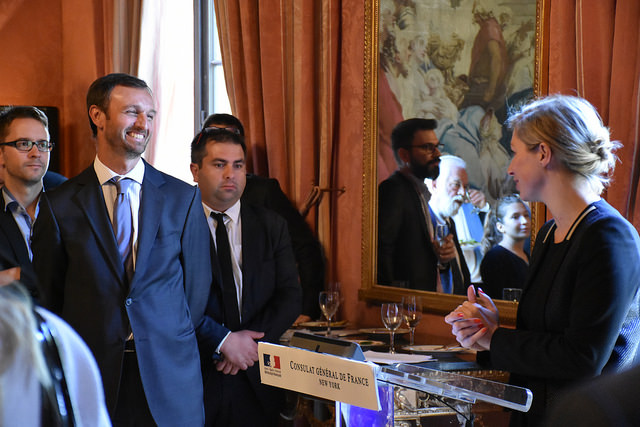 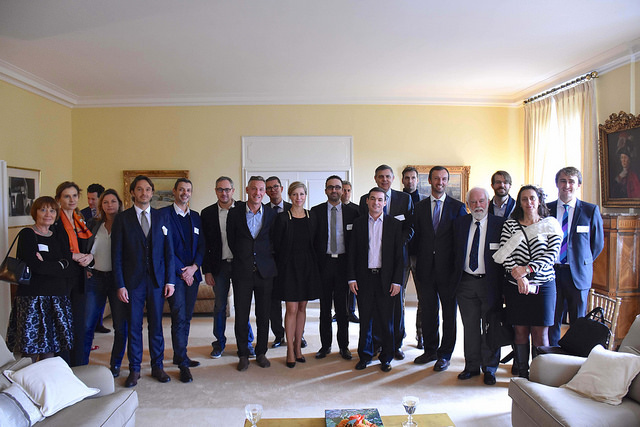