The month of May saw numerous sailboat racing events, a special treat for New Yorkers.

Throughout the month of May, numerous sailing races were held, making New York, symbol of liberty, a unique starting and finish line.

Louis Vuitton America’s Cup World Cup Series took place on May 7 and 8 on the Hudson River. This was a challenger selection series for the 2017 America’s Cup, which will take place in Bermuda. This is the first time that the race was held in New York since 1920. The French team was in competition aboard the Groupama Team boat skippered by Franck Cammas. The French team came in third behind Emirates Team New Zealand and Oracle Team USA. For more information, visit the America’s Cup website. 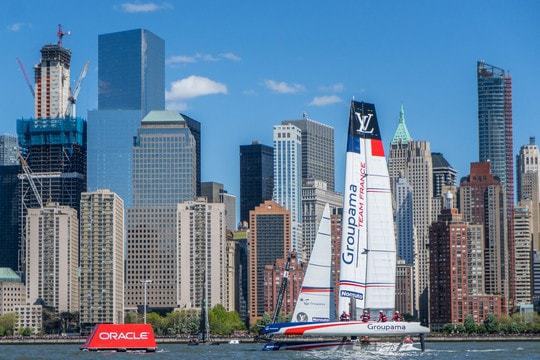 The Transat Bakerly, the celebrated single-handed transatlantic crossing between Plymouth and New York, assembled 40 sailboats this year. The sailboats left Plymouth on May 2. For his very first solo race aboard a trimaran, the skipper of Macif, François Gabart took line honors in 8 days, 54 minutes and 39 seconds. Thomas Collevile, skipper for Sodebo, crossed the finish line second, followed by Yves Le Blevec for Team Actual. The awards ceremony was hosted at the Consulate General of France in New York. See photos from the event here. 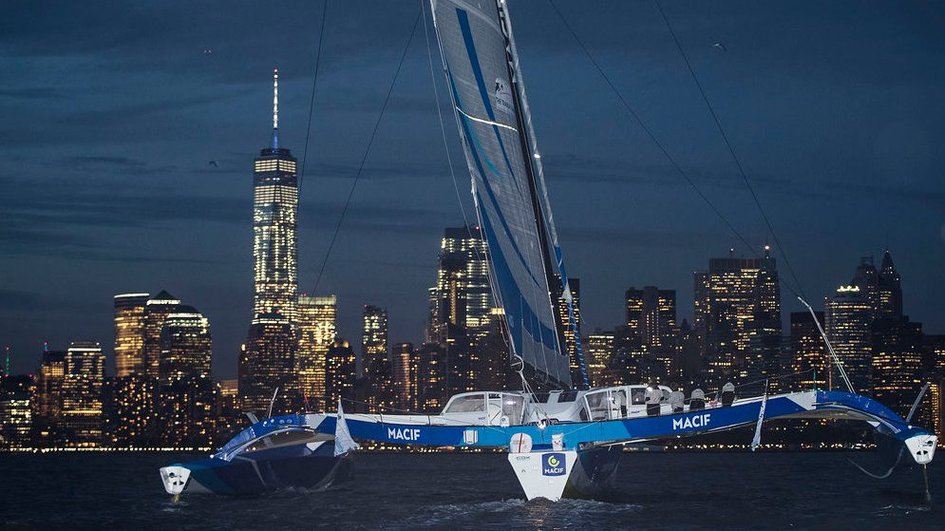 A trimaran with the colors of French Tech Rennes - Saint Malo also participated in the Transat Bakerly. Gilles Lemiré, was the first to finish in the Multi50 category (15.25 meters) in New York. Originally from St. Malo, the 45-year-old skipper finished in 12 days, 7 hours and 51 minutes, a new record for this category. 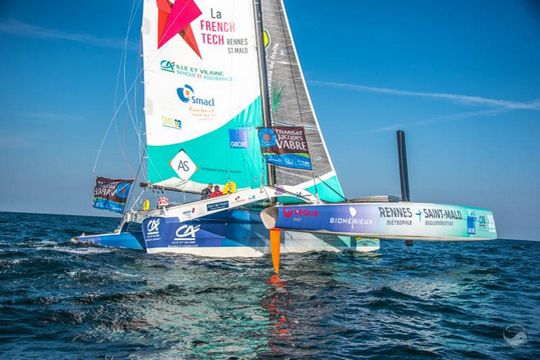 Transat New York -Vendée (Les Sables d’Olonne) is a new single-handed race, a warm-up for the Vendée Globe scheduled for November 2016. More than two dozen boats were berthed for a week at North Cove Marina at One World Trade Center. The race began on Sunday May 29. Jérémie Beyou (Maître Coq) is in the lead, closely followed by Sébastien Josse, racing under the colors of Edmond de Rotschild. 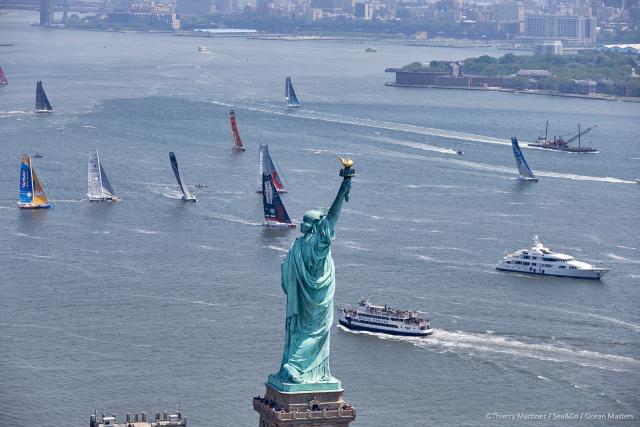 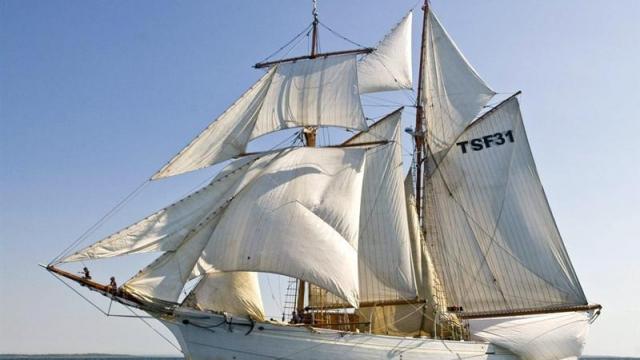 The nautical season isn’t over! La Clipper Race will stopover in New York and will set off again on June 20, 2016. The Clipper Race is the longest sailing race in the world—40,000 nautical miles, 6 continents, 14 ports over 11 months and 8 legs. The boats will be arriving from Panama and will sail to Ireland on June 20.