In the wake of the Notre Dame tragedy, we’ve been deeply touched by the gestures of solidarity and support from our American friends in New York.

At the French Consulate

In the few days after the fire, anonymous New Yorkers dropped by the Consulate on Fifth Avenue and left flowers and notes. 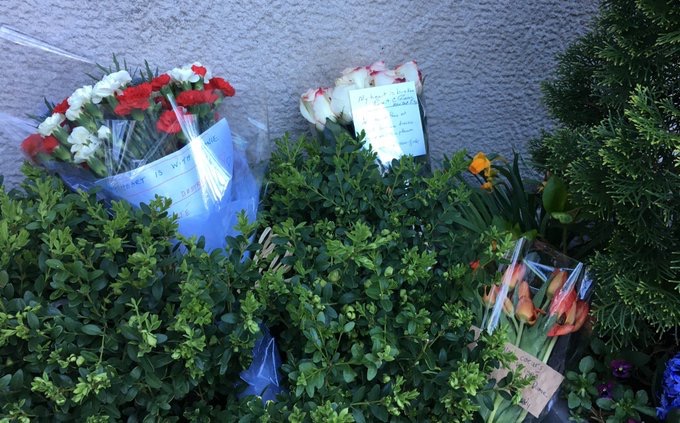 New York probationary firefighters carried both American and French flags during their final Spirit Run before their graduation in tribute to the Parisian firefighters. 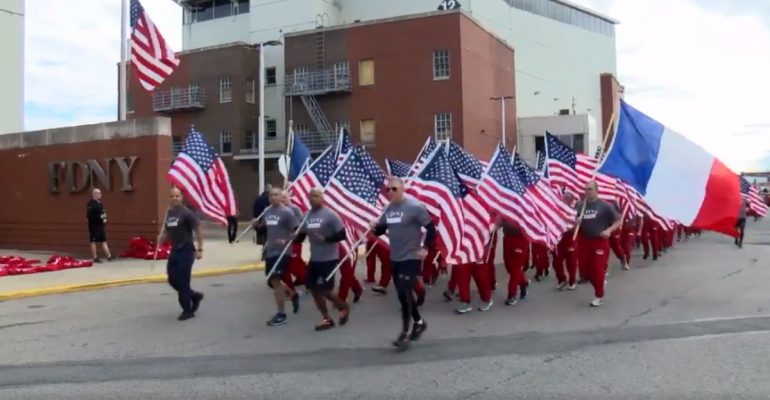 On April 18th, Timothy Cardinal Dolan announced the launch of the “From St. Patrick’s To Notre Dame” fund to help raise money for the reconstruction effort.

Cardinal Dolan declared : “Almost from the very first moments we heard the awful news that Notre Dame was ablaze, New Yorkers of all faiths, Catholic and non-Catholic alike, reached out to me to express their sorrow at the devastation and ask how they could help. Thankfully Ken Langone, in his typically generous way, called and said ‘We’ve got to do something. Count me in.’ And so today we are announcing From Saint Patrick’s to Notre Dame, a way for people from New York and around the country to contribute in helping rebuild this magnificent house of faith and monument to western civilization. I am especially grateful to my good friends, including the leaders of other faiths, who have joined in support of this noble effort.”

All donations to From Saint Patrick’s to Notre Dame will be sent to Archbishop Michel Aupetit, the Archbishop of Paris, to assist with the restoration of Notre Dame and its numerous historical relics and artistic treasures. 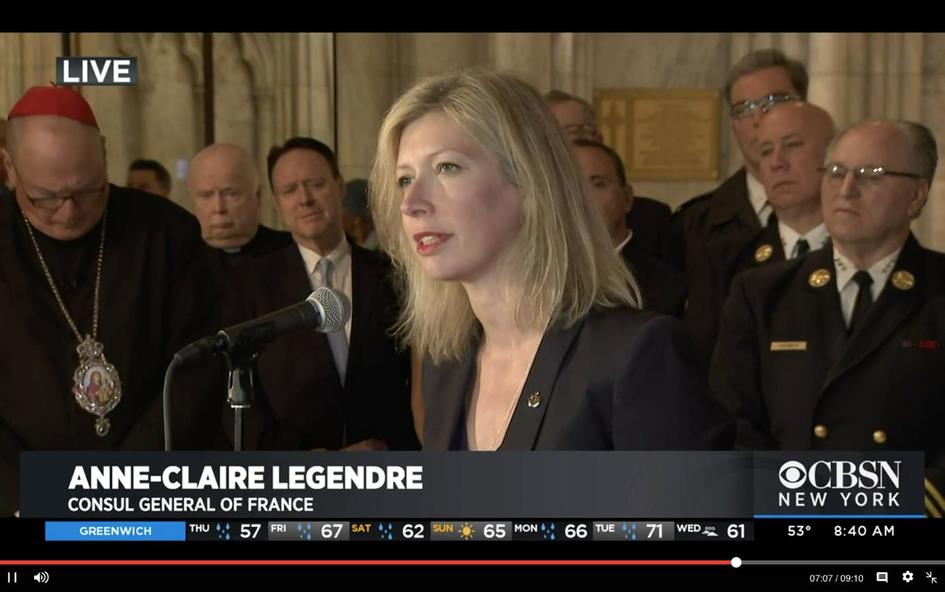 The French Embassy in the United States has organized a series of solidarity concerts throughout the country as a way to celebrate the international significance of Notre-Dame.

Here in New York City, a free concert was held at none other than St. Patrick’s Cathedral. The French-born musician Daniel Brondel, Associate Director of Music at Saint Patrick’s Cathedral, headed up the event that took place on Friday, April 26th. 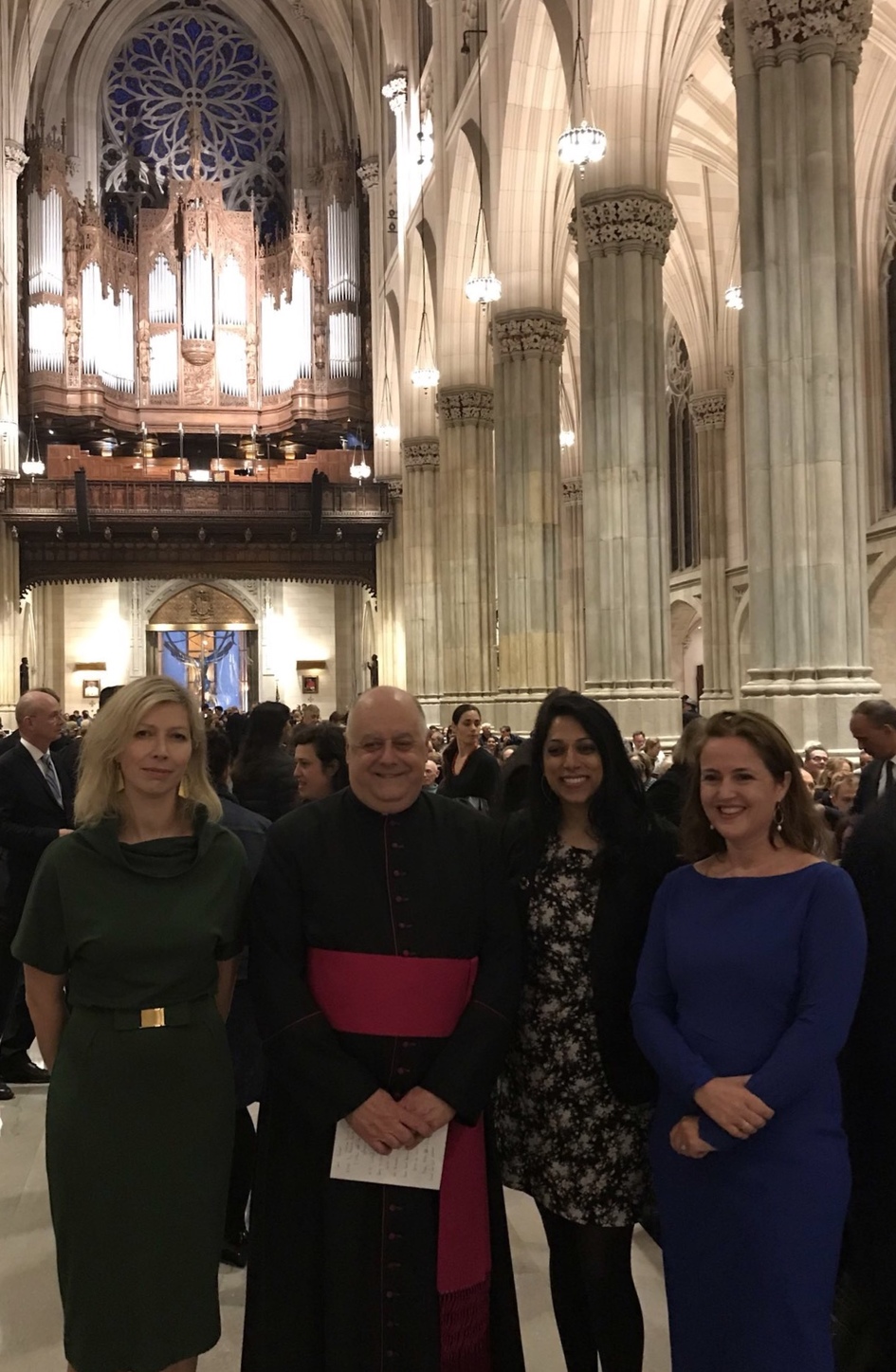 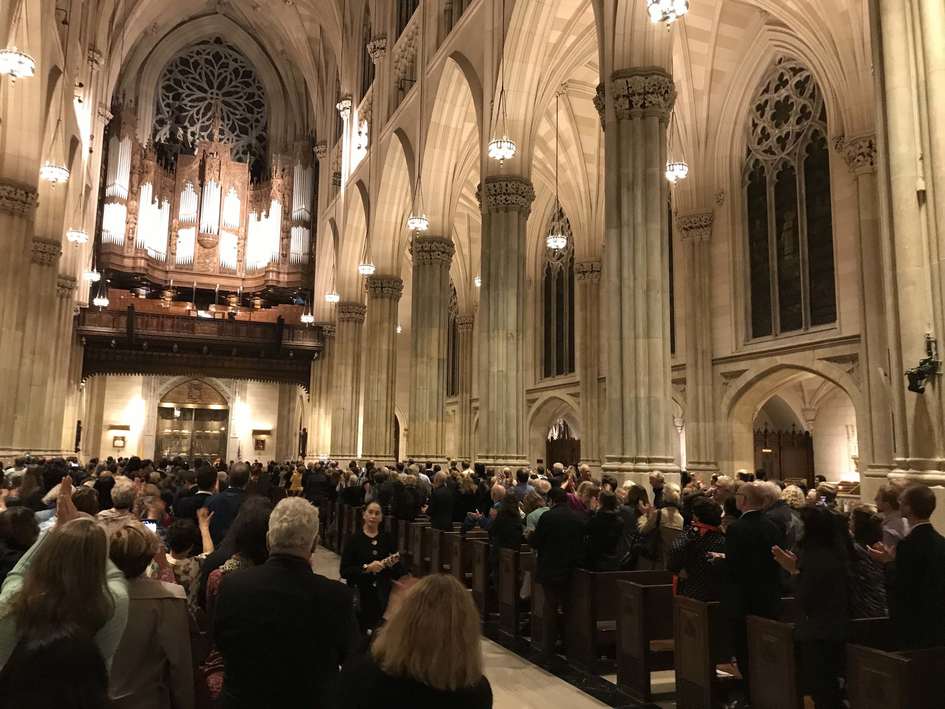