In October, the Consulate received the visit of Ségolène Royal, French Minister of the Environment, Energy & Marine Affairs, in charge of international climate relations, as well as Valérie Pécresse, President of the Paris region, Juliette Méadel, Minister of State for Victim Assistance and Ms. Elisabeth Guigou, Chairman of the Foreign Affairs Committee at the French National Assembly. 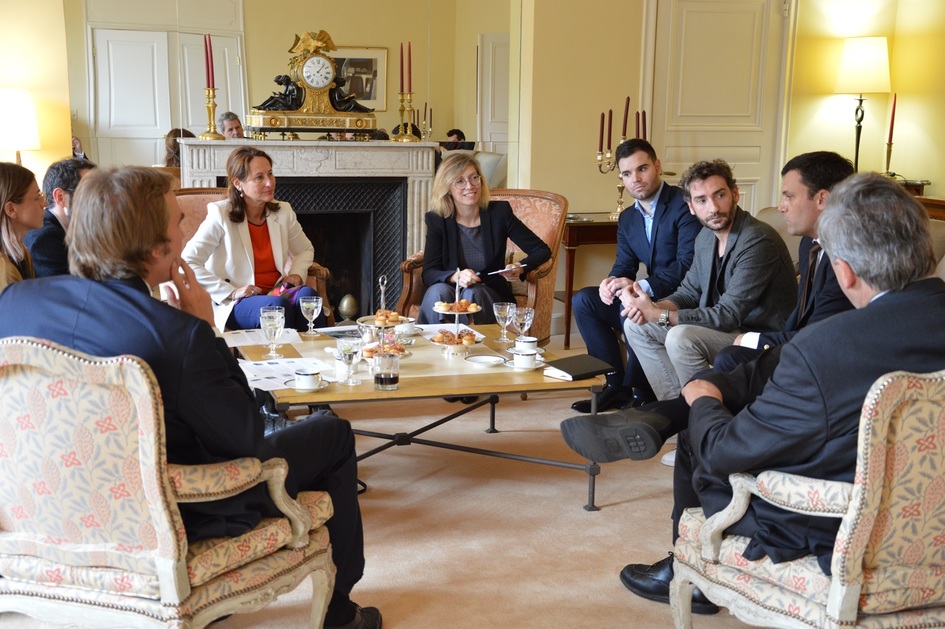 Ségolène Royal, French Minister of the Environment, Energy & Marine Affairs, in charge of international climate relations, took advantage of a trip to New York to discover the new French “cleantech” jewels, on Friday, October 21 at the Consulate.

Around the table: - Camille Hautefort, co-founder of « Article 22 », an online platform selling « Peacebomb » jewelry, made out of bomb fragments found in Laos, which funds demining operations on the ground. 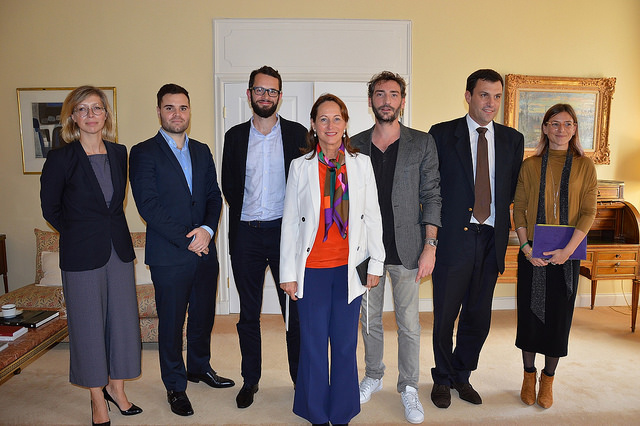 Valérie Pécresse, President of the Paris region, traveled to New York, where she met with professionals from the American tourism industry, and French small businesses from the BioTech gathered for the MedStartUp event. Ms. Pécresse also held a meeting with the General Assembly team, to discuss the project of opening an educational campus center for entrepreneurs in the Paris area. 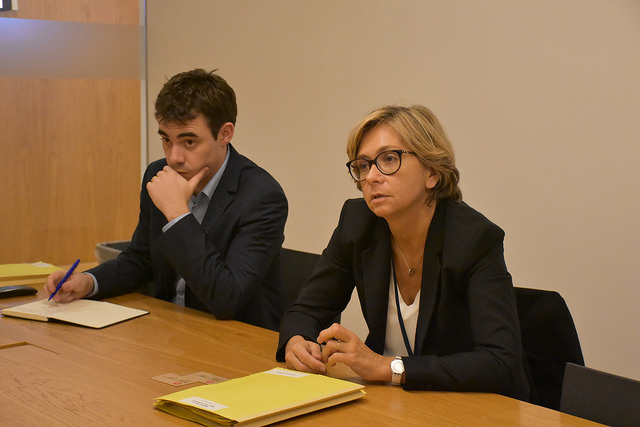 On October 29, The French Minister of State for Victim Assistance, attached to the Prime Minister, Juliette Méadel, toured the 9/11 Memorial, where she met with families of victims. She later embarked on the Fireboat John J. Harvey, where she was welcomed by French and American firefighters. Lastly, she met with Anthony De Vita, Deputy Assistant Chief of the New York City Fire Department (FDNY), to discuss planning and emergency procedures in case of attacks. 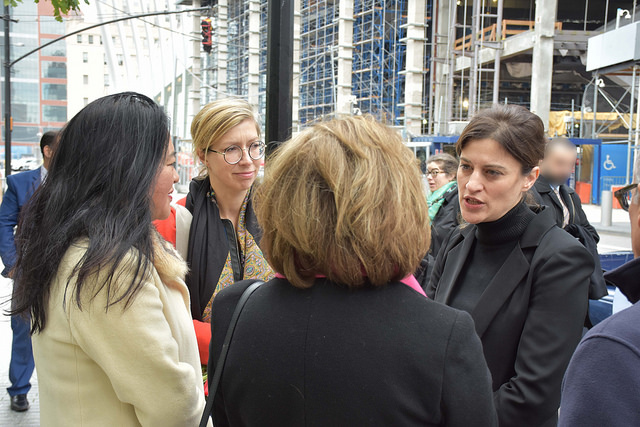 Dinner with Elisabeth Guigou, Chairman of the Foreign Affairs Committee at the French National Assembly, and Political Science Scholars

Several members from the Foreign Affairs Committee were in attendance: François Loncle, Representative for the Eure region, Philippe Cochet, Representative for the Rhône region, Stanislas Brezet, Deputy Director, Chief Secretary for the Foreign Affairs Committee. Pierre Buhler, Secretary General of the French delegation for the 71th General Assembly of the United Nations, was also present.