On June 14th, three World War II Veterans from New Jersey were awarded the Legion of Honor for their contribution to the Liberation of France.

’’We are honoring them for their pledge & bravery & to demonstre France’s infinite gratitude’’. #DDay75 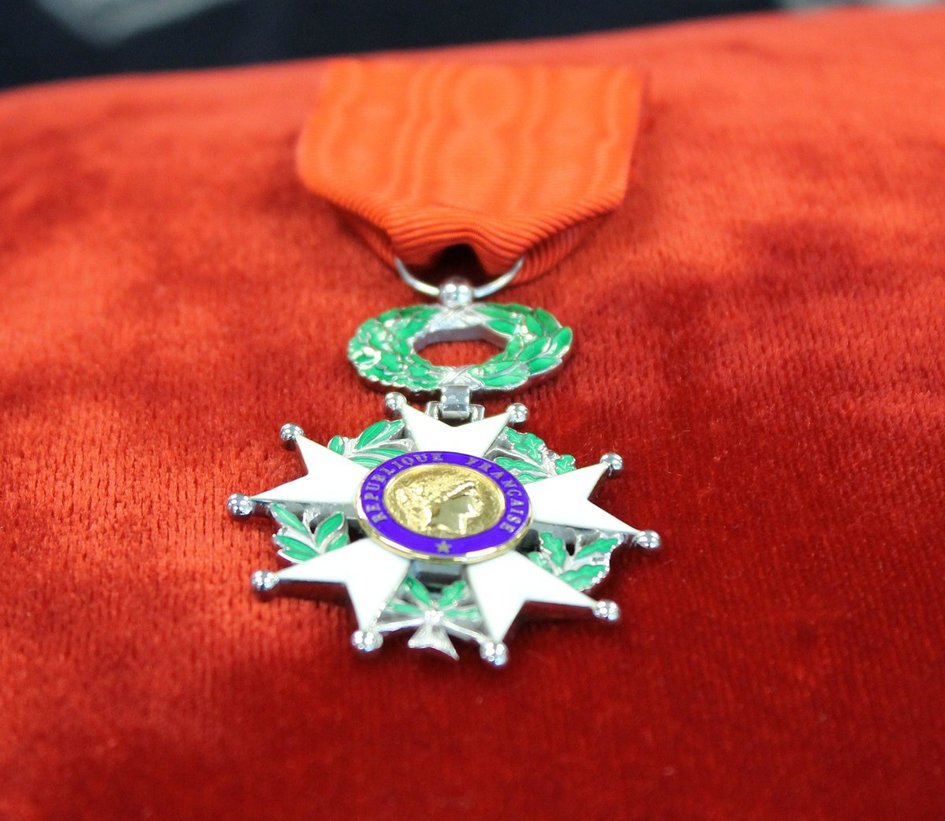 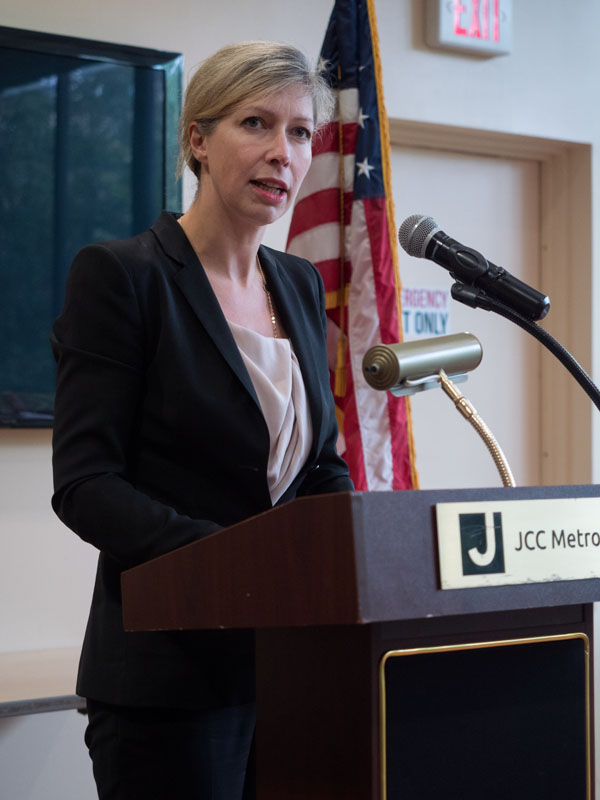 On June 14, to celebrate their service and their sacrifice during World War II in Europe, Consul General of France Anne-Claire Legendre bestowed the Legion of Honor the Legion of Honor, France’s highest French order of merit for military and civil merits, to Lester M. Bornstein, David L. Broadnax and Walter Jasterzebski, at JCC MetroWest.

At this occasion, the Consul General of France delivered this speech : 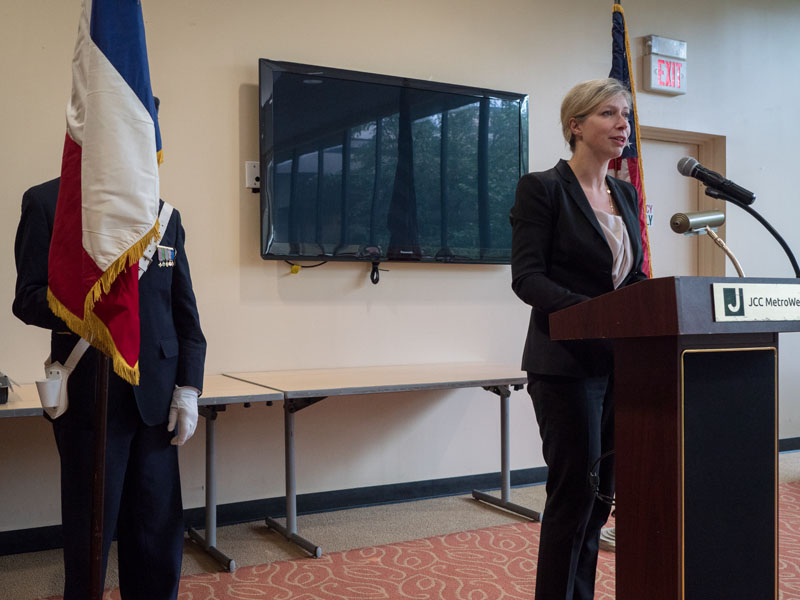 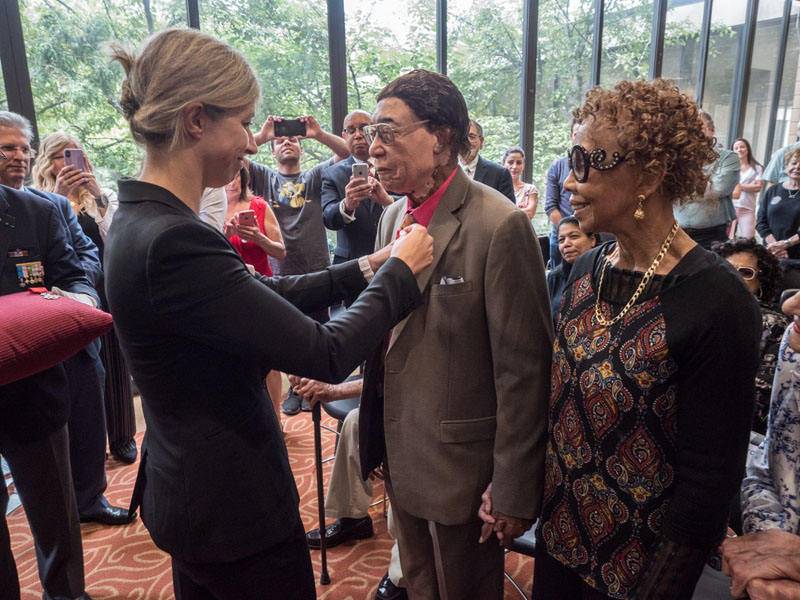 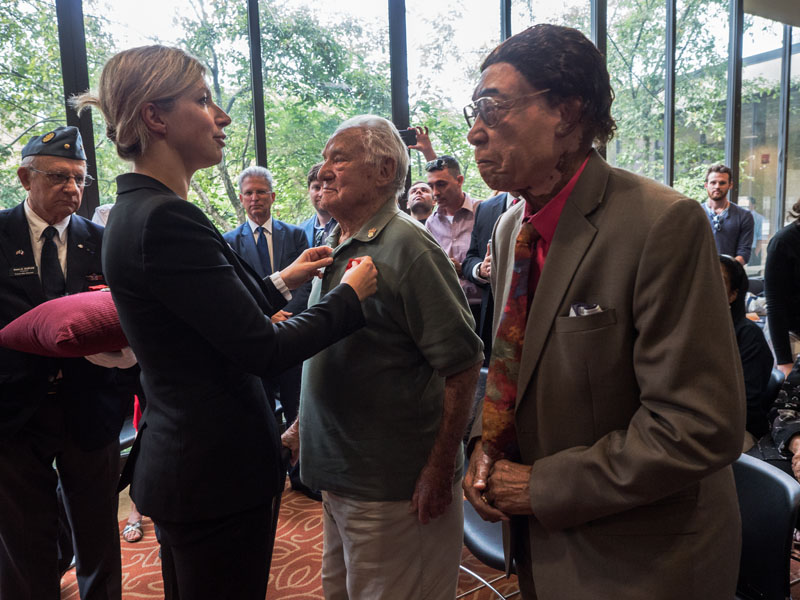 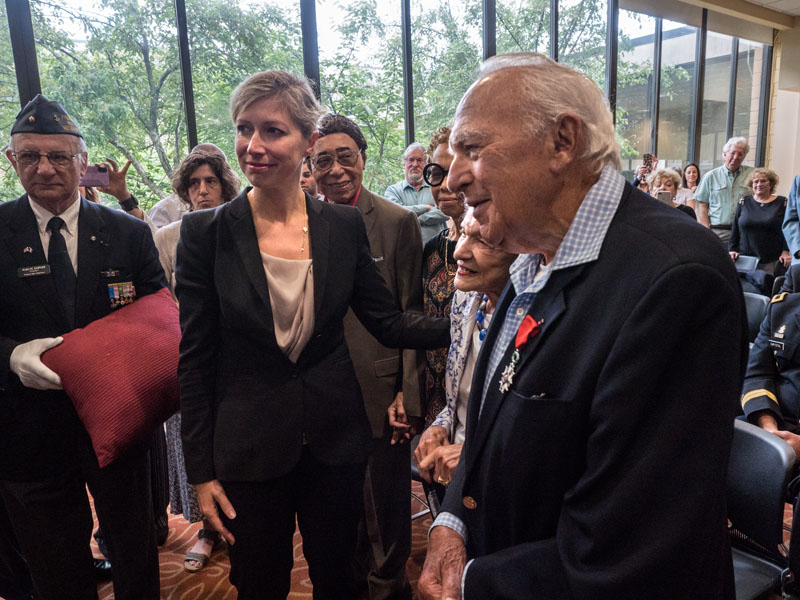 The friends and families of the veterans were also present. In addition there were district staff from Congressman Gotheimer’s office, Congresswoman Sherrill’s Office, and Congressman Pascrell’s office, who represent the congressional areas the veterans reside in. The congressional district staff offered the Legion of Honor recipients a certificate that thanked them for their service. Lieutenant Colonel Samuel Morgan, the Picatinny Arsenal’s garrison commander attended the event, as did Jason Kaneshiro, Public Affairs Officer at the Veterans Affairs Office of New Jersey. Last but not least, the JCC staff was kind and generous in offering its space, and hosted the ceremony with professionalism and grace. The Consulate General thanks everyone who as involved! It was a moving and heat-warming experience!

For the Consulate General of France in New York : Paul Gadel paul.gadel@diplomatie.gouv.fr 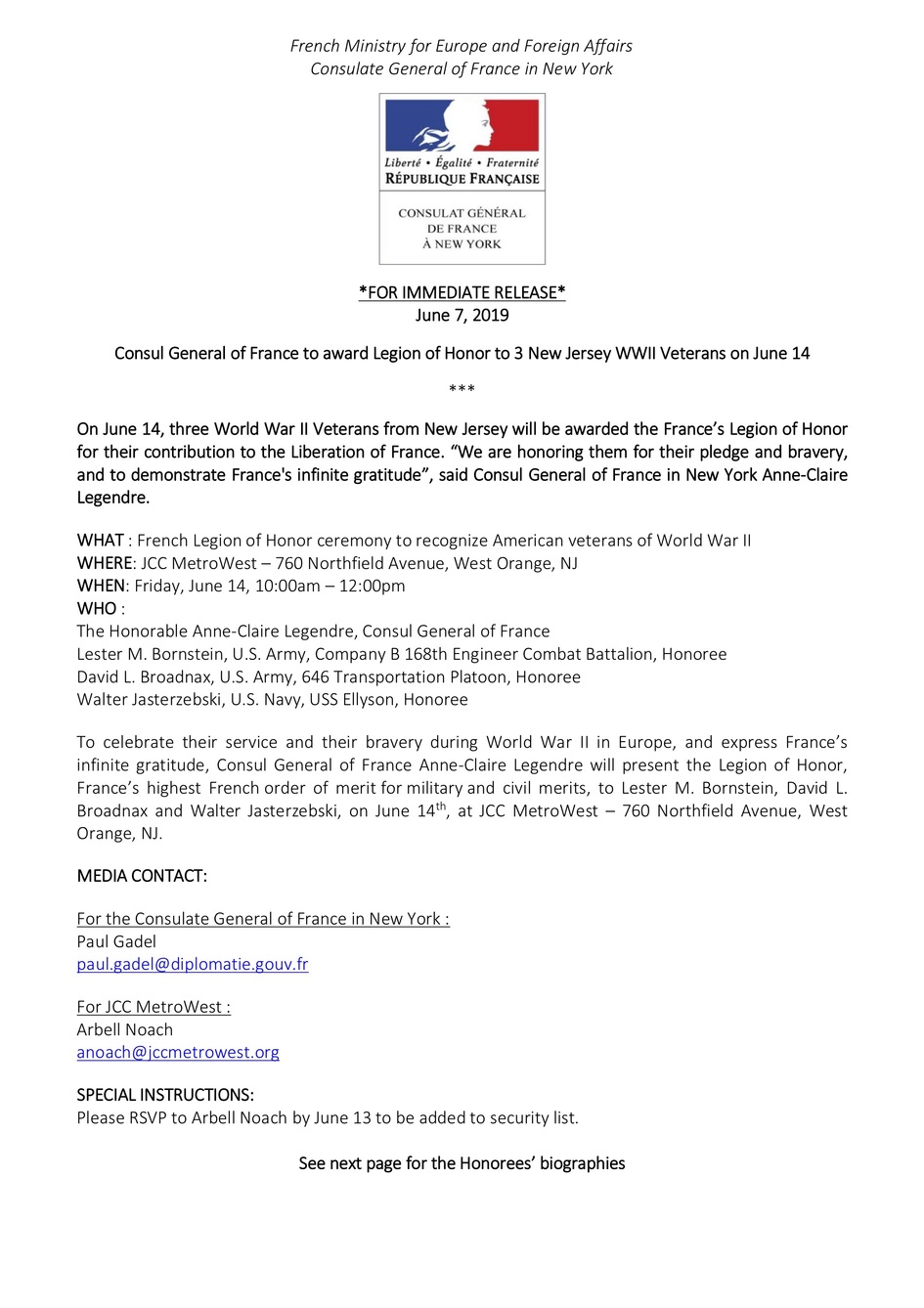